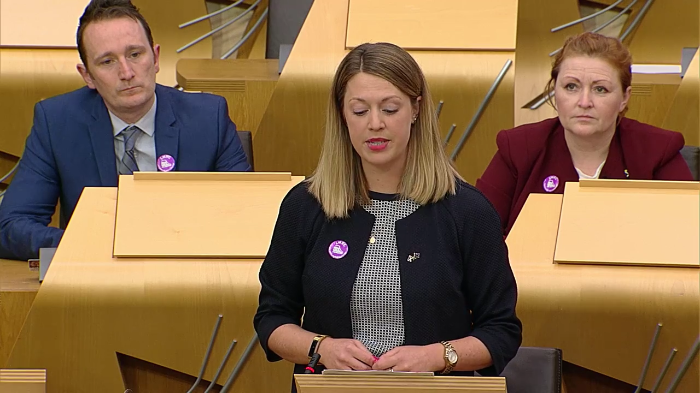 SNP MSP JENNY GILRUTH has described the circumstances surrounding the withdrawal of funding for a Glenrothes shelter for vulnerable women as “truly appalling” and has called for clarity about how such a decision was arrived at.

On 12 February, it was reported in Fife Today that Gilven House, which provides accommodation for vulnerable women between the ages of 16-25, will no longer be funded by the Scottish Christian Alliance (SCA) charity due to financial pressures.

Speaking to Fife Today, an SCA spokesperson said that the charity had spent £120,000 over the past three years in an attempt to plug deficits: “Basically time has run out and SCA must staunch the outflow of money – we are simply running out of money.

“The exact timing of when SCA is withdrawing from providing its present services has still to be confirmed.”

Gilruth, an MSP for Mid-Fife and Glenrothes, told CommonSpace that she had been led to understand the cessation of funding for Gilven House was announced with no warning, and called for more information about the circumstances surrounding the decision to be provided to residents and staff.

“I cannot understand why a faith based organisation would think it appropriate to communicate with vulnerable young women in this way. It is truly appalling.” SNP MSP Jenny Gilruth

Gilruth told CommonSpace: “Gilven House provides a vital service to young women at risk of homelessness in the Fife area.

“Prior to Scottish Christian Alliance’s announcement I had received no communication from the organisation regarding this cut. However, what’s more concerning is that, I am led to believe, residents and staff also found out about the decision to remove funding from social media yesterday.

Gilruth continued: “I cannot understand why a faith based organisation would think it appropriate to communicate with vulnerable young women in this way. It is truly appalling. Residents and staff need absolute clarity as to why this decision was arrived at and what discussions they had with Fife Council prior to walking away.

“I have been in touch with the local authority to seek assurances in the meantime and have contacted SCA for further information.”

An SCA spokesperson told Fife Today that the charity is working with other service providers, saying: “A number have already assured SCA that they are committed to ensuring our service users are cared for appropriately.”

Both Gilven House and the SCA declined to comment when contacted by CommonSpace.