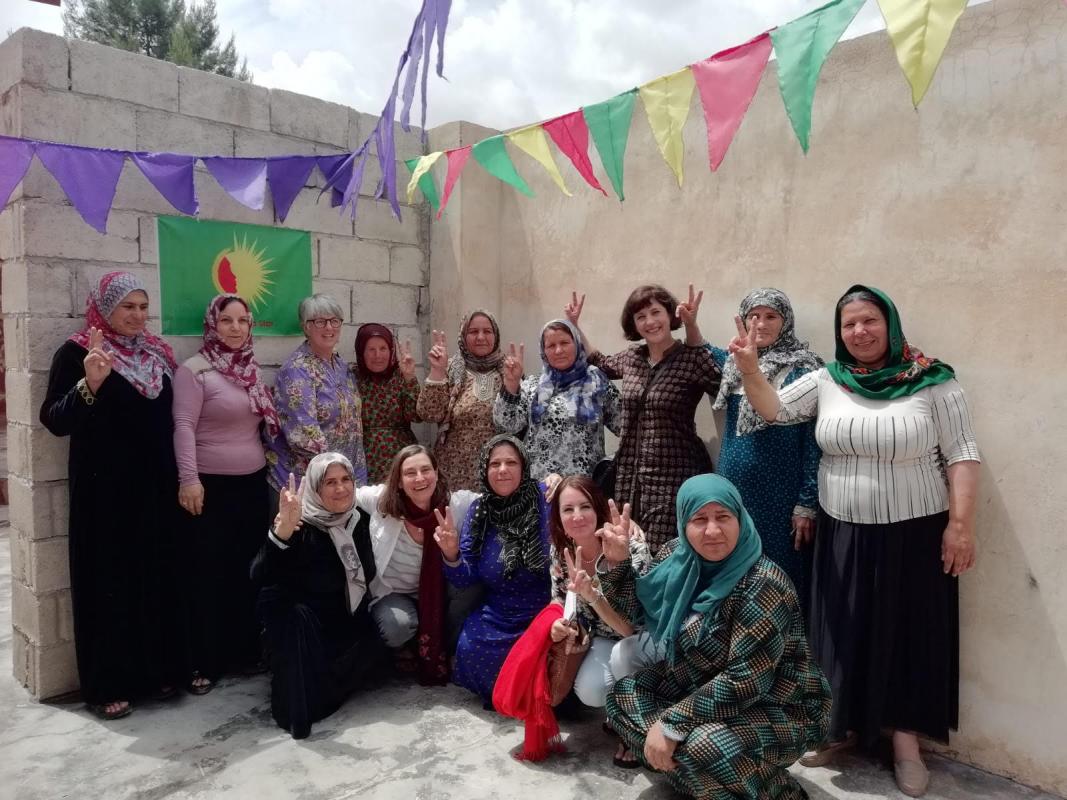 Sarah Glynn, co-convener of Scottish Solidarity with Kurdistan, argues that the United States’ backing of a Turkish offensive into Syria must be opposed

I’M terrified for my friends and for all that they have done to establish a beacon of hope in their corner of the Middle East – and I’m terrified for a world that can blithely contemplate their extinction.

Yet again, Trump, the ‘great negotiator’ concedes everything to President Erdogan as a result of a phone call. The US will not stand in the way of a Turkish attack on the predominantly Kurdish autonomous region of North East Syria. The Kurds never harboured any illusions that the US would care about their future, but they do claim to care about the defeat of Daesh and the possibility of future Daesh attacks on the US.

Yet Trump has explicitly declared that Turkey should take over running the camps of captured Daesh fighters and their militant supporters: Turkey, who have been shown to have given Daesh logistical support, and have welcomed former Daesh fighters as collaborators in their invasion and desecration of Kurdish Afrin.

Already the US had allowed joint Turkish control of the border areas, but that was not enough for Erdogan, who wants to see the Kurds wiped from the map. Besides the second largest military force in NATO, he has another weapon: three million Syrian refugees who he is prepared to use as pawns in his project of ethnic cleansing. By moving the refugees, who mainly come from other parts of Syria, into the Kurdish areas, he will also appease anti-refugee sentiment in Turkey – and he has threatened to send them to Europe if European nations resist his plans.

We don’t have to imagine what a Turkish invasion could mean. We have seen it in Afrin – now lorded over by Islamist gangs and subject to wanton violence and destruction, with kidnap for ransom the most thriving industry.

Turkey is already carrying out sporadic attacks – especially against the area that harbours the refugees from Afrin, which is cut off from the rest autonomous North East Syria by a strip controlled by the Assad regime. How far they go now – and how much will wait for after a promised meeting with Trump in November – depends if the US also relinquishes control of the air.

The Kurds can expect little sympathy from the other imperial forces vying for power in the area. Neither Russia, nor Iran is sympathetic to their autonomous control or their democratic project, though they must be calculating how much the Kurds might concede in order to be protected from Turkish invasion.

They can’t expect help from Kurdish Iraq, which is economically tied to Turkey and has allowed Turkish forces to bomb PKK sympathetic areas within its own territory. And Europe is compromised by its fear of refugees.

And it is no use looking towards the UN, which recently set up a group to look at the future of Syria that – on Turkey’s insistence – excluded any representatives from the predominantly-Kurdish autonomous area.

Trump has no interest in the preservation of a system that consciously sets itself up as an alternative to capitalism, but nor do other governments. Despite many fine words, it is a rare politician that is actually prepared to support this system that champions grassroots democracy, women’s rights, multiculturalism and ecology. Yet again, it is up to ordinary people to stand up and try and force the world to see sense.

In Scottish Solidarity with Kurdistan, we call on everyone to publicise what is happening and pressure our politicians not to stay silent.

I know that my Kurdish friends, who have already lost 13,000 martyrs defending their land against Daesh, will not go gentle into this goodnight. It is up to us all, who care about the future of humanity, to rage, rage against this dying of the light.

Emergency demonstrations of Kurdish solidarity are planned to take place on 9 October at the Scottish Parliament at 11am, and on 10 October outside the Turkish consulate at 11am.