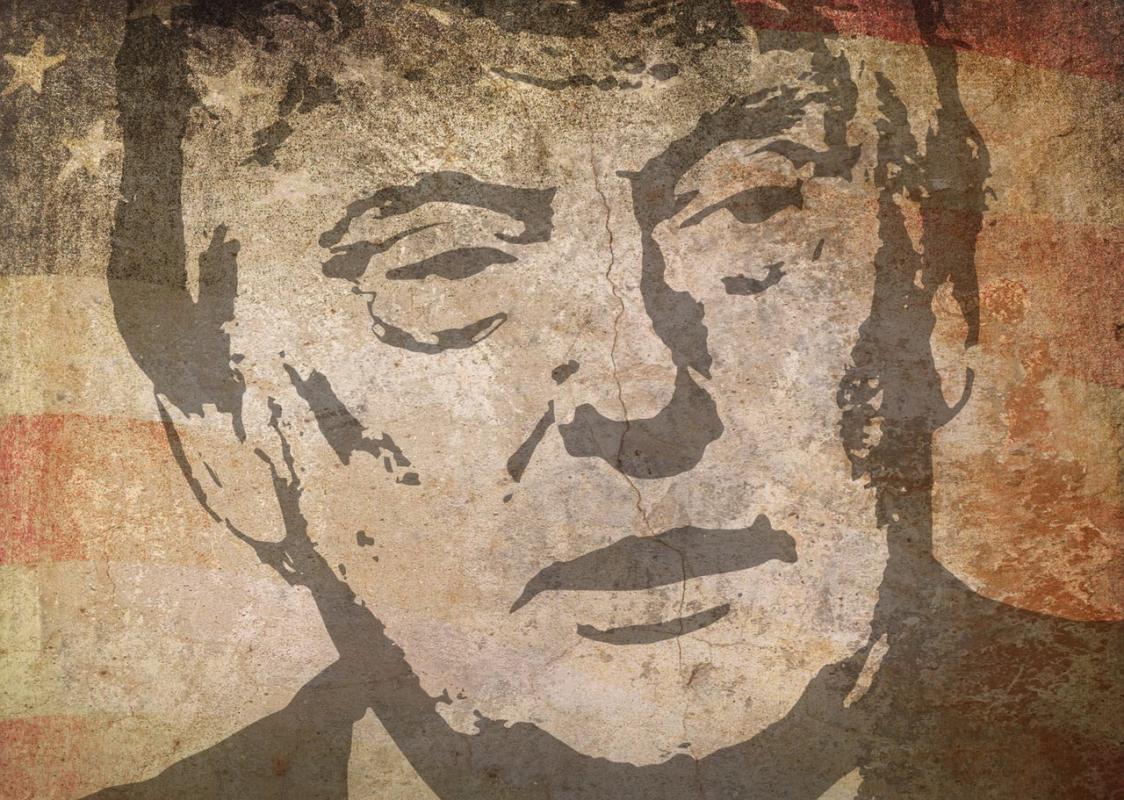 AS tens of thousands protest around the UK against the visit by US President Donald Trump, his British sympathisers are complaining that he should be respected for what he represents – the most powerful state in the world and the UK’s ‘most important ally’.

This argument sets up a false premise: Trump is regrettable in so far as his behaviour and rhetoric and perhaps even policies are vulgar, but he is desirable in so far as he is the head of the most powerful empire the world has ever known.

The reality is Trump is objectionable precisely because of the overweening imperial power he wields.

The US is unparalleled in the modern world for the hegemony it enjoys in the military, economic, cultural and social life of human civilisation. That influence naturally extends to Scotland as part of the UK, which has been the US’ most important European partner for decades and a key node in the global order.

To measure the influence of US hegemony in Scotland, it is worth imagining what an independent Scotland outside US influence might look like.

Established during the Cold War as an alliance hostile to the USSR, it has outlived the demise of its former adversary, and is now nakedly deployed for the purposes of US-Western alliance interests, often in places very far from the North Atlantic.

To take just a single example, the Nato military presence in Afghanistan means teenage soldiers still fighting in a country that was occupied by the US and UK before they were even born.

After almost 18 years of war the Taliban are a major force in control of huge swathes of territory. The country has none of the new prosperity, stability or democracy promised by Britain and the US in 2001.

Scotland outside of Nato could refuse to continue to expend blood and treasure into such futile, cynical and tragic efforts.

It is fairly widely understood (at least in Scotland) that the Trident nuclear weapons system, and even more so its replacement at an estimated lifetime cost of £205 billion according to CND, is an enormous drain of public finances.

It might not be as widely understood that the UK doesn’t even get to fully control the weapons for all this expenditure.

Despite the insistence on the need for an ‘independent nuclear deterrent’ by supporters of the renewal of the weapons system, they are anything but independent.

They are manufactured in the US, and rely on the US for maintenance. These weapons are in fact integrated into the US global strategic infrastructure of nuclear military ‘defence’, and Nato – particularly under a President like Trump who has pressed hard for European allies to apply their responsibilities to the military alliance – would undoubtedly apply pressure to Scotland to keep and maintain these instruments of US and UK power.

As he set off for his visit to the UK, Trump’s UK ambassador confirmed that he wanted access to the NHS in post-Brexit trade talks, the surest sign yet that the US will attempt to use the UK’s precarious trade position after Brexit to allow US corporations to pilfer the prized national asset and drive it further along the road to privatisation.

It follows concerns that future Conservative government’s may seek closer alignment with US business to make good any loss of influence on the European continent. But such arrangements do not just represent flows on the global market. The scale of the US economy, its interlinked presence in the UK and the importance of the dollar as a global currency, are all related to US power in the round.

To extricate itself from US economic influence over services in this scenario, Scotland would need to distance itself from the US politically.

A friend of democracy, human rights and national rights

The United States is no friend of democracy in the world, especially when democratic movements are opposed to their interests.

Its power depends on a network of patronage around the world, wherein it arranges local understandings with Princes, dictators, strongmen and elites of all kinds. It (along with allies like the UK) is a major supporter of dictatorial regimes through the supply of sophisticated weapons, as well as through soft power including commerce and diplomacy.

The Middle East, as a vital strategic region for US power, is a case in point. The US’s main allies in the region are Saudi Arabia and Israel, countries in a state of near constant conflict as neighbourhood enforcers, and states which also export reactionary ideologies in the region and around the world.

An independent Scotland could play a totally different role, forming alliances with oppressed nations and peoples like the Palestinians and the Kurds and calling for an end to imperial domination and violence in the region.

From one sphere to another?

Some will complain that attempting to extricate Scotland from the US sphere of influence will leave the country prey to a competing sphere.

Frankly, for a small country lodged on the western fringes of Europe and surrounded by allies, this stretches credulity. The threat, much vaunted in recent times, of Russian influence is typically grossly overstated. Russia is a regional power without anything close to the reach and power of the US.

This argument isn’t new. Defenders of the British Empire in India have also claimed large possessions would have fallen to more brutal Russian iterations, or that Ireland could have fallen to German influence during the second world war.

This argument ignores a crucial ‘third party’ in all these national disputes. The populations of these countries, and their democratic aspirations.

The alternative to US influence in Scotland isn’t Russia, it’s democracy.