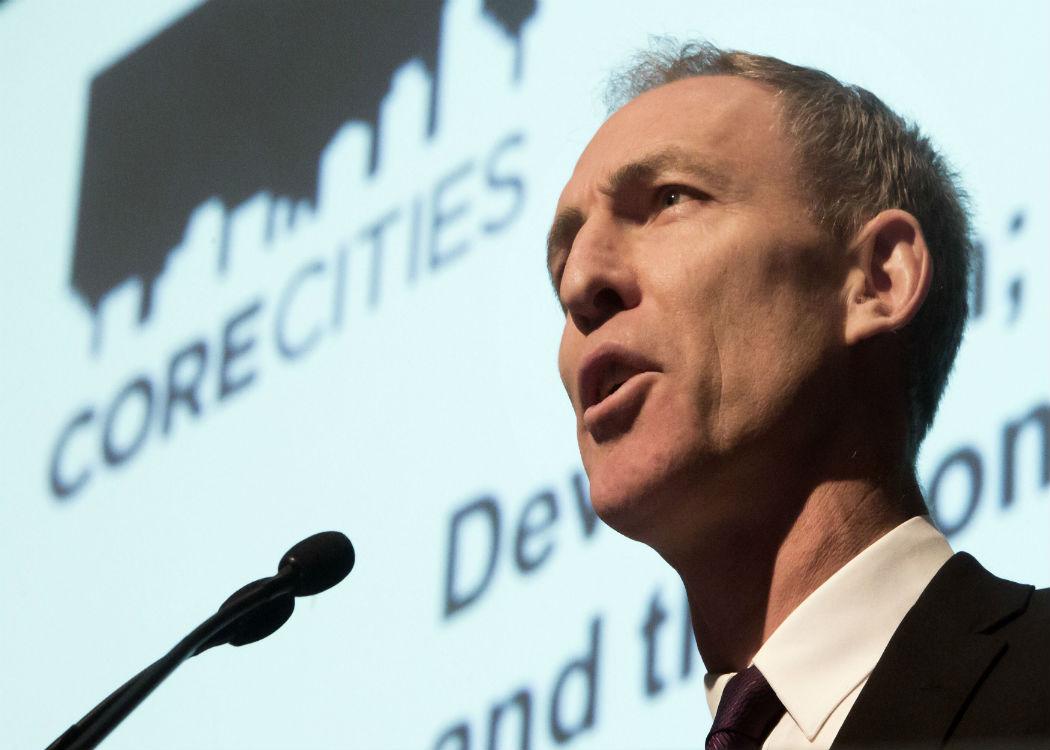 A MAJOR conference on the future of cities in Scotland attended by leading political figures across the UK has been criticised for a significant gender imbalance of speakers, with 84 per cent being male.

The CoreCities conference in Glasgow on Monday, attended by Jim Murphy, Scottish Labour leader; Keith Brown, SNP MSP for the cities; and Danny Alexander MP, chief secretary to the Treasury, had only four women speakers out of 25, just 16 per cent.

Engender, a Scottish feminist organisation, told CommonSpace they were “disappointed that, at what was a key opportunity to discuss the future of Scottish cities, only four women were given the opportunity to speak from the stage, compared with 21 men.”

“In the run up to the General Election, it is vital that women are given equal opportunities to speak, and that organisers do all they can to ensure gender balanced platforms,” Engender added.

The event was organised by CoreCities, a collaborative advocacy group for cities in the UK outside of London, and ResPublica, a UK think-tank led by Phillip Blond, a thinker credited with the term ‘Red Toryism’, a type of civic, communitarian conservatism.

Women for Independence (WfI) told CommonSpace that the huge imbalance on the panel was “disappointing”. WfI recently organised the ‘Send Off Sexism’ campaign for the General Election, an attempt to rid the election campaign in Scotland of sexist attitudes. One of the campaign pledges is “that where there are panel discussions, all parties will insist on gender balance”. Jim Murphy and First Minister Nicola Sturgeon, Labour and SNP leaders respectively, have both signed up to the pledge.

Murphy made a major policy announcement at the event, committing Labour to expanding CrossRail to the East of Glasgow, as well as claiming that he intended (click here to read more) to make Glasgow and Edinburgh a “powerhouse” that could compete with London.

A CoreCities Spokesperson told CommonSpace*: “We do aim to strike a gender balance at its events, and invited several female speakers that were not able to attend.

“We did achieve almost one quarter of female speakers and hope to have more in future as we do want our events to reflect the diversity of the UK.”

CommonSpace was also awaiting a response from ResPublica at time of publication.

Picture courtesy of the PA