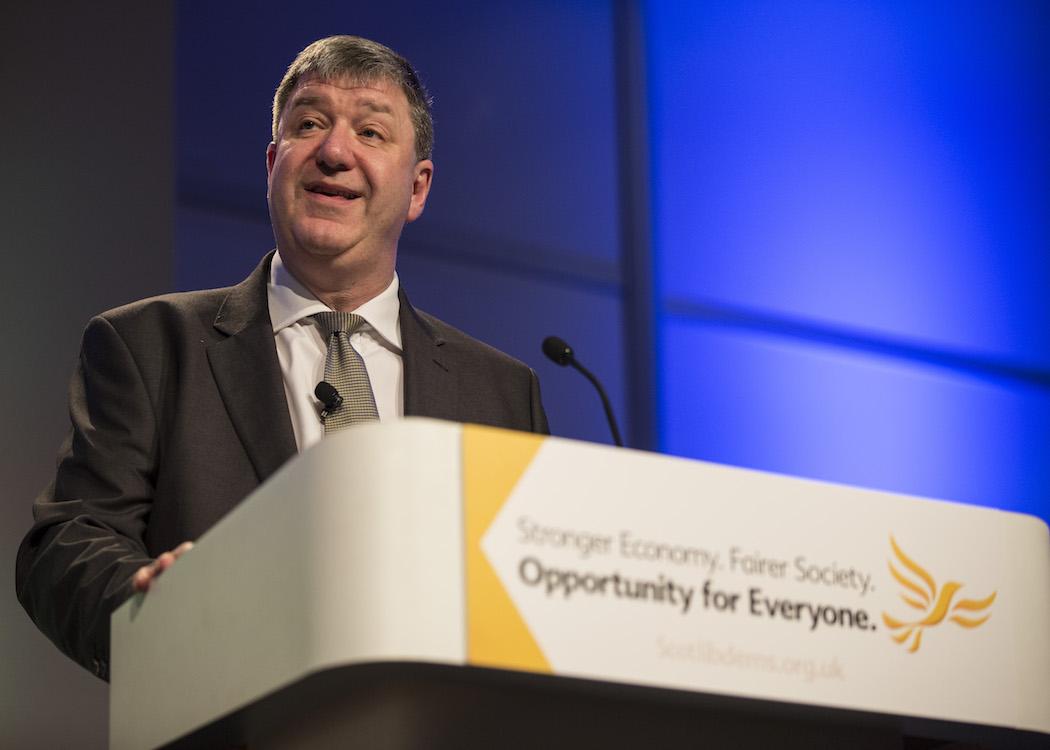 A FIVE-FIGURE sum has been given to Alistair Carmichael MP by a political trust managed by Liberal Democrats to help him pay his ‘Frenchgate’ legal costs.

The member of parliament for Orkney and Shetland, who last year was found by the election court to have told a “blatant lie” in a television interview, has been awarded PS34,000 by the Joseph Rowntree Reform Trust (JRRT).

The JRRT states on its website that the grant was intended “to uphold existing case law about the circumstances in which a legitimately elected MP can be unseated”. However, the Trust’s guidelines state that funds cannot go towards legal fees. They declined to comment on this matter.

“The effect on case law would have been to subject many more legitimately elected Members of Parliament to the risk of personal bankruptcy.” JRRT statement

Despite winning the case in September 2015, Carmichael was ordered to pay his own legal fees of PS150,000 by Lady Paton and Lord Matthews, and an attempt by his legal team to overturn this decision and put the burden of cost on his four constituents failed.

The Frenchgate trial came about after four of the MP’s constituents took him to court over the lie he told on television regarding the leak of a memo about Nicola Sturgeon during the General Election in 2015.

Distinct from the better-known Joseph Rowntree Foundation, the JRRT is a private company which issues grants to political projects and campaigns in line with its “long-standing interest in backing activists defending civil liberties and striving for positive political change and democratic reform”.

The majority of the JRRT’s directors are former or current Liberal Democrat politicians and it has previously funded the party.

One of the ‘Orkney Four’ defendendants in the case, Fiona Grahame, told The National she was “astonished” to learn of the grant, noting that she and the other defendants could not even get VAT taken off their legal bill. “They have no honour and no integrity left in them – nothing at all”, she said.

Asked for comment, the Joseph Rowntree Reform Trust repeated its earlier statement, which said: “Thanks to the perversities of the UK’s electoral system the 50 per cent of Scottish voters who supported unionist parties at the General Election are represented by only three MPs.

“Had nationalists succeeded in their case against Alistair Carmichael, they would have worsened further the current misrepresentation of Scottish voters’ views in Parliament.

“Worse still, the effect on case law would have been to subject many more legitimately elected Members of Parliament to the risk of personal bankruptcy in defending themselves in court against vexatious and highly political claims.”

Contacted by CommonSpace, neither Alistair Carmichael nor the Liberal Democrat Party wished to respond.

The JRRT’s statement echoed that made by Carmichael following the verdict in September last year. He said: “This case was politically motivated. It was a deliberate attempt by nationalists to remove the last Scottish Liberal voice at Westminster, and is a mark of the unhealthy polarisation of Scottish politics since the referendum.”

His fellow Lib Dem, MSP Tavish Scott – who is standing for re-election in May’s Holyrood race – went further, stating in court: “I think people think that this is a political show trial funded by the nationalists who don’t like opposition.”

Commenting at the time of the trial, defendant Euphemia Matheson said: “I am a law student, I have no property and my career is on the line. The kind of justice we are seeking with the petition is financially prohibitive – but the important thing is that members of this community are taking action, holding their MP to account. If we don’t do this then where does the buck stop?”

Last year CommonSpace revealed that the Scotland Office had blocked the release of information about the leaked memo between Nicola Sturgeon and French ambassador Sylvie Bermann.

An attempt by Carmichael to recoup his legal costs in February 2016 failed when judges at the Court of Session threw out his bid to make the ‘Orkney Four’ petitioners pay his costs.