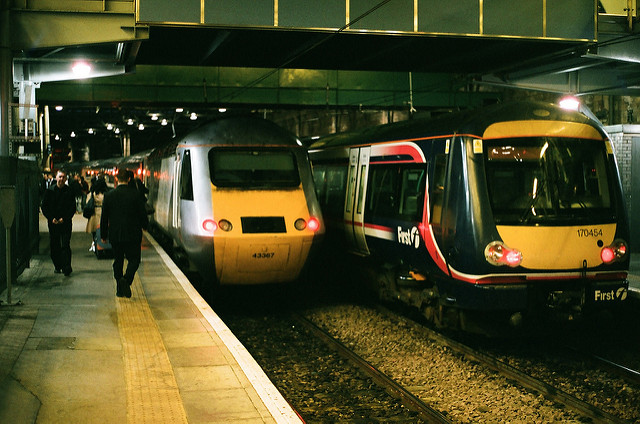 THE TRANSPORT SALARIED STAFFS’ ASSOCIATION (TSSA) has condemned enormous cuts made to the funding of Scotland’s rail infrastructure by the UK Government, following the publication of the Scottish Government’s rail investment strategy for the next decade.

The ‘Rail Enhancements and Capital Investment Strategy’ was published on 19 March, and signals a move to a ‘pipeline-based approach’ to funding, which aims to ensure the best use of public funds at every stage of future Scottish rail infrastructure projects.

However, the TSSA has emphasised that the funds which such projects rely upon have been harshly cut by the UK Government, and that the continuing influence of the private sector could threaten Scotland’s railways with unmanageable debt.

“The Conservatives in London are obsessed with the private sector for politically ideological reasons.” TSSA general secretary Manuel Cortes

Speaking to CommonSpace, a TSSA spokesperson said: “The UK Government has cut £460m from the funding of Scottish rail infrastructure projects from 2019 and is flirting with the private sector in order to make up shortfall.

“But like with the situation in the NHS where new hospitals are effectively paid for by mortgages adding huge long term cost to the health service, our railways, the key to Scotland’s economic growth, are now going to be put in a similar situation.”

TSSA general secretary Manuel Cortes also told CommonSpace: “As in the rest of Britain, the railways in Scotland are key to our economic growth but allowing the private sector to invest in some rail infrastructure projects covers up the £460m of Tory cuts to Network Rail’s planned improvements from 2019.

“Future investment in Scotland’s railways is set against a real terms reduction in rail funding from the UK Government.” Transport minister Humza Yousaf

“What’s more, the Conservatives in London are obsessed with the private sector for politically ideological reasons but have refused to recognise that the new rail investors will want a financial return for their money. That return in the NHS has saddled our health service with debts that are over six times larger than the original investment. Is it going to be the same for Scotland’s railways?”

Speaking upon the publication of the Scottish Government’s new investment strategy, Humza Yousaf, minister for transport and the islands echoed the TSSA’s concerns, saying: “Despite our strong track record since 2007, future investment in Scotland’s railways is set against a real terms reduction in rail funding from the UK Government, which threatens sustainable, progressive investment in rail services.

“The decisions of the UK Government have created a gap of £460m of the funding that the rail industry has advised us it needs to deliver the improvements required to meet demands for rail.”

However, Scottish Labour’s rural economy and connectivity spokesperson Colin Smyth MSP argued that the new investment strategy was disappointing, and argued in favour of full public ownership of Scotland’s railways, a reform also proposed in a report commissioned by the TSSA and the Common Weal think tank in November 2017.

Smyth said: “Passengers have been left facing delayed, cancelled and overcrowded trains thanks to SNP blunders and a failure to properly invest in our rail network.

“Major infrastructure projects are consistently behind schedule and over budget. While an initiative such as the Local Rail Development Fund is welcome, it is just a sticking plaster on a broken railway system that cannot be fixed by simply publishing a new strategy.”

“Scotland’s railways need the real change only Labour can deliver, including bringing ScotRail back into public ownership and radically reforming the way we procure major infrastructure projects.”

Public ownership of Scotland’s railways has also been backed by Scottish Green co-convener Patrick Harvie MSP, who argued in December 2017: “Our railways have been run for profit for over 20 years now and the first minister must give a renewed and unequivocal commitment to ensure they once again become a public service.”

First Minister Nicola Sturgeon responded to Harvie by arguing that under current legislation, the powers necessary for complete renationalisation of the rail service have not been fully devolved to Holyrood, and invite all parties to campaign for their devolution.