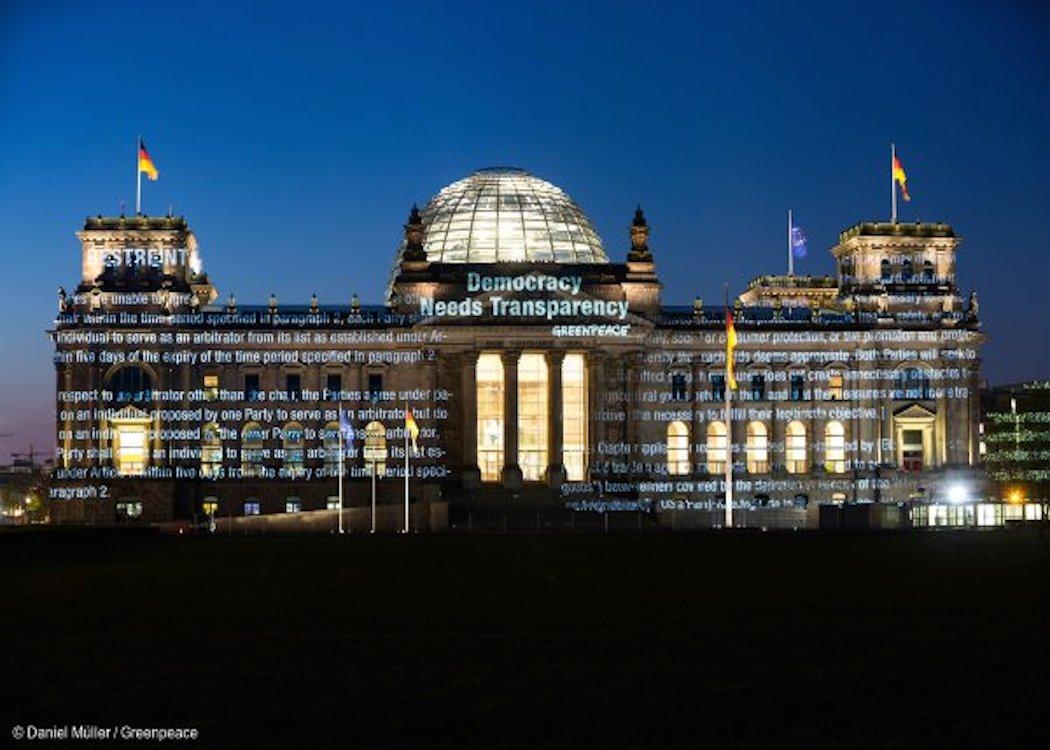 UNELECTED EU AND US bureaucrats negotiating key democratic freedoms and economic standards in secret have been exposed by the leak of sensitive documents at the heart of the controversial Transatlantic Trade and Investment Partnership (TTIP) project.

TTIP is the latest attempt to enforce cross-continental economic plans, which are blamed for empowering large multinational firms at the expense of jobs, standards, social rights, and democratic principles.

“Whether you care about environmental issues, animal welfare, labour rights or internet privacy, you should be concerned about what is in these leaked documents.” Greenpeace

Negotiations in Brussels have taken place amid tight security – with legal threats used to prevent any transparent discussion of what is proposed in the deal.

However, part of the veil of TTIP secrecy has been lifted after Greenpeace released internal memos on the secret discussions.

In a statement, Greenpeace said: “We have done so to provide much needed transparency and trigger an informed debate on the treaty. This treaty is threatening to have far reaching implications for the environment and the lives of more than 800 million citizens in the EU and US.

“Whether you care about environmental issues, animal welfare, labour rights or internet privacy, you should be concerned about what is in these leaked documents. They underline the strong objections civil society and millions of people around the world have voiced: TTIP is about a huge transfer of power from people to big business.”

– Climate change protection will be made harder (eg. preventing regulation of oil from Tar Sands)

– End of the precautionary principle: which limits threats from harmful substances

US negotiators want to conclude the two-and-a-half years of talks by November 2016. However, several European governments have expressed concern over the direction of the deal and may seek to stall or cancel the arrangement.

Over three million Europeans signed a petition opposing TTIP and the issue has led to regular mass protests in the continent’s capital cities.

In Scotland Labour and the Scottish Greens are fully opposed to TTIP, while the SNP has raised concerns over its more controversial aspects.

Dozens of current election candidates , from those three parties and socialist alliance Rise, have pledged to fully oppose TTIP.

The Scotland Against TTIP campaign previously targeted Westminster politicians in a lobbying mission to strengthen opposition to what they described as an ‘attack on democracy’.

The UK Government argues that TTIP will boost business and trade between two of the world’s biggest marketplaces.