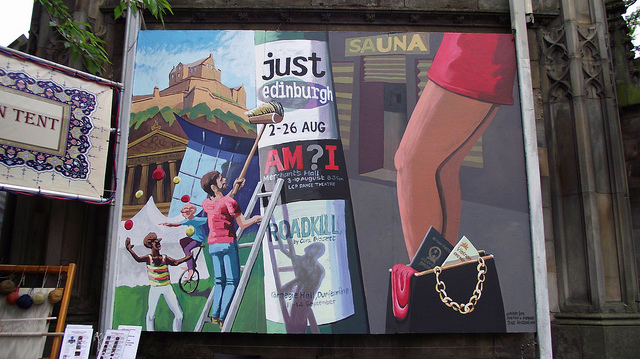 Janine Ewen, advocate for sex workers’ rights in Scotland, writes a letter to Kenny MacAskill in response to the former Justice Secretary’s article in The Scotsman 7 June, where he argued that there may not be a legislative solution to the “deep rooted social problems” inherent in prostitution

I write this letter in response to your published opinion piece for the Scotsman, ‘turning blind eye to prostitution may be for the best.’

For those of us who have been concerned for the safety and well-being of individuals in the sex industry for several years, it is a surprise to read given your previous role as the former Cabinet Secretary for Justice between 2007−2014, you did anything but turn a blind eye to prostitution in Scotland.

You defended the Kerb-crawler law which was passed into legislation in 2007 (The Prostitution (Public Places) (Scotland) Act 2007).

It was your belief the law showed that the SNP administration would not turn a blind eye to the people who sustain and fuel an “exploitative trade”.

You further added that by clamping down on anti-social behaviour, the government was making it clear that prostitution causes damage to the individuals involved.

It’s a great pity that you didn’t reflect on the implications brought from the legislation that caused inevitable harm for sex workers, the harm that led to displacement, violence and a move away from support services. I must also remind you that no realistic alternatives or resources were offered to street workers at the time either.

The formal passing of the Act in 2007 came as a surprise to us all following the recommendations made by the Scottish Executive in 2004 that the law on street prostitution should be altered to waive criminalising women on a moralistic basis. Furthermore, it was suggested that the use of incarceration for women should be minimised – none of which happened.

When the tolerance zone became no more in Aberdeen (despite six years of praise when in operation) a leading harm reduction service was texting advice to workers having previously enjoyed a direct engagement with them.

“Previously around a dozen women used to regularly attend sessions where they were given access to free contraception, drugs counselling and information and health and safety advice.

“We are now finding it more difficult to reach women and offer them access to our services”.

In a continued time of uncertainty for the safety and wellbeing of workers after the murder of mother and sex worker Jessica McGraa in 2016, organisations continue to lose contact with sex workers in the city.

You mention Police Scotland’s attempts to support sex workers since the move from on street to online by making visits to flats claiming, “it’s about harm reduction and keeping them safe, especially when many are now foreign and fearful of authority”.

But there has been a huge fallout since the visits have turned out to be punitive raids in disguise.

Scotland’s advocacy organisation for the health and human rights of sex workers SCOT-PEP said at the time: ” This singles out sex workers for persecution and intimidation.”

Migrant workers are now at even more risk, as it was discovered two months ago Police Scotland was attempting to recruit students in Edinburgh as informants in their enforcement of a “hostile environment” policy towards migrant sex workers.

Being fearful of authority, as you state, is understandable – who wants to be detained and deported? How does this punitive course of action support people?

You briefly admit to the lack of credibility on the ‘Swedish Model’ after talking to Swedish police officers. That is something we know to be true. The model of criminalising clients does not stop at sex work and it does nothing to stop exploitation or trafficking.

READ MORE: Why Community Safety Glasgow’s attitude towards sex work is a problem

On that note, what then is to be done?

You claimed in confidence that prostitution legislation would end the industry, putting nothing in place for those involved, but now we should look the other way because deep-rooted social problems are a big ask to address? This is what the Swedish model represents – poorer outcomes for individuals in the sex industry.

The lack of realistic provisions for assisting people in leaving sex work is problematic, something we can’t ignore, but no police model of criminalising clients and increasing the harms for workers will provide those provisions.

I agree with you that prostitution “is no laughing matter”, but neither does the industry deserve legal and political heads to disregard evidence and lived experiences on the impacts of criminalisation – that is something we can’t turn a blind eye to.