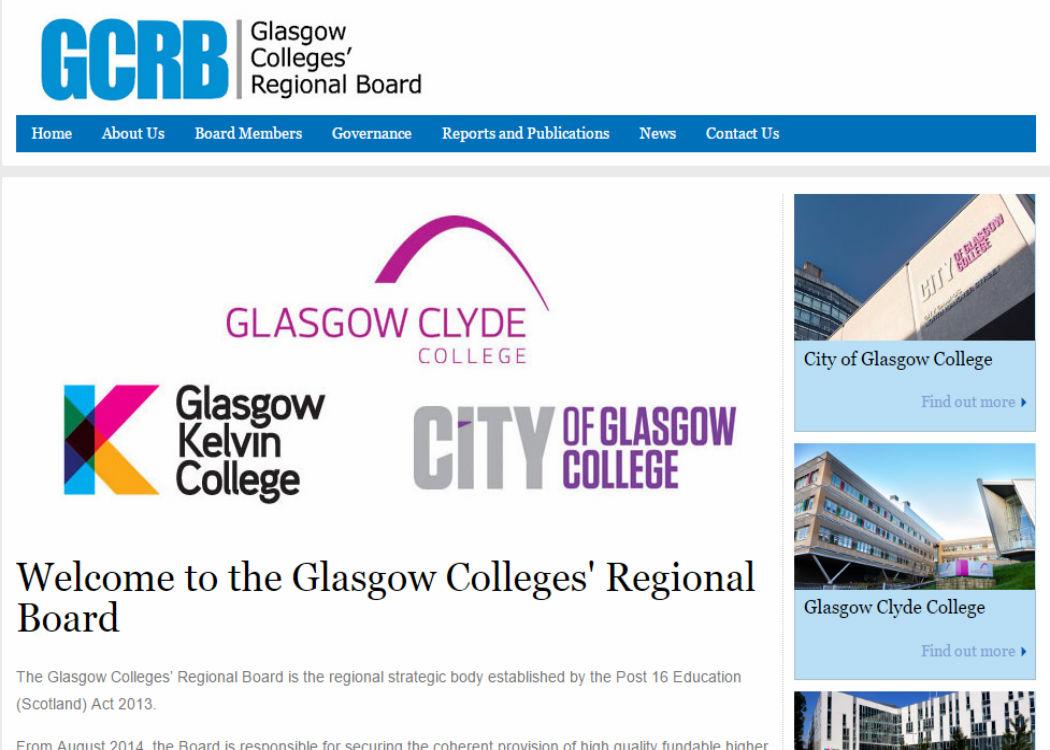 McLeish claims he is unsurprised by resignations

TWO high-profile board members have resigned from the crisis-hit Glasgow Colleges’ Regional Board (GCRB), which is involved in an increasingly bitter dispute with the Scottish Funding Council (SFC) over its role as a funding body for Glasgow’s three colleges.

The resignations from Maureen McKenna, director for education for Glasgow City Council, and Pamela Gillies, principal of Glasgow Caledonian University (GCU), came after a draft letter of complaint was circulated by board chair, former first minister Henry McLeish, rebuking the Scottish Funding Council chief executive Laurence Howells for his handling of the dispute.

The board has been subject to criticism for its high costs, students have criticised the management for excluding them from decision making, and Audit Scotland has questioned whether the college mergers process was worth it.

Howells launched an independent review into why the GCRB was still “far from ready” from taking over the funding of Glasgow’s three colleges, which was supposed to begin on 1 April but has been pushed back to August, a full year after the board was officially launched.

CommonSpace reported on Friday that the GCRB has in that time racked up extensive bills which have been “top-sliced” from the college teaching budget for Glasgow, including over PS14k to McLeish for expenses from August-December, more than double the amount the Scottish Government expect to pay board chairs for the entire year.

The GCRB has projected a total cost for its operations at PS400k for 2015/16, 14 times larger than the cost for the equivalent board for colleges in Lanarkshire. (Click here to read more).

The GCRB blame the SFC for its funding expenses, claiming more money should be coming from the SFC directly to fund their operations, and as the dispute is set to get more hostile, two board members have decided to jump ship.

In a resignation letter to McLeish seen by The Herald, McKenna stated: “I have concerns about my role and your role on the board.

“My concerns were made more acute by the draft letter of complaint to the SFC which you circulated for response.

“I cannot in good conscience add my name to that letter in any form. I believe it is not in the interest of the Glasgow colleges for the board to make a complaint such as this at this time.”

McKenna said colleges in Glasgow were playing a positive role in their partnership with schools, but in a direct criticism of the GCRB, McKenna added: “I do not believe that the board is presently able to play a constructive role in that partnership.” (Click here to read more).

Gillies is yet to comment publicly about her resignation but is believed to share similar concerns to McKenna. In a leaked letter seen by CommonSpace, it was revealed that PS121,655 was paid to GCU for “operational costs” from January to March this year. GCRB operations moved to City of Glasgow College from 1 April.

McLeish responded to the resignations by telling The Herald that he was unsurprised, given the tensions between the SFC and the GCRB.

McLeish said: “They both make an enormous contribution to education in Glasgow and found themselves in a conflicted situation. They have to be aware of the relationships they need to maintain with the Funding Council and have become caught up in the situation in Clyde College.”

A major fallout at Glasgow Clyde College (GCC) between students and management has taken place after Walsh was suspended in February for reasons that have not been made public. Students passed a vote of no confidence in the GCC board chair, George Chalmers, after student representatives were asked to leave the meeting that decided to suspend Walsh.

The Herald reported on Friday that a split has emerged among staff at the college.

A letter written by Education Institue of Scotland representatives at the college stated that: “Teaching staff feel they have to work in a non-inclusive, insensitive college and there is a perceived culture of fear and that bullying comes from the top.”

However, in a letter to the board, one member of staff stated: “The vast majority of EIS members have not been represented and had no knowledge of this letter or its contents.” (Click here to read more).

Students have criticised McLeish for not publicly intervening in the dispute at GCC, while the SFC has stated its concern over the “discharge” of Chalmers duties as board chair.

Commenting on the two resignations from the GCRB, Alessio Gentile, education and development officer at Glasgow Clyde College Students Association, told CommonSpace: “I welcome the resignations because it reveals what an absolute disaster the college management is in Glasgow.

“There’s lots of questions that remain unanswered: one being why do the students still not know the reasons for the suspension of their principal?

“It should be raising alarm bells in the Scottish Government about the whole regionalisation process – in my view it’s been a shambles.

“The staff and students need to have power over colleges, not bureaucratic boards.”

Glasgow’s three colleges were merged from seven as part of the Scottish Government’s regionalisation strategy of the further education sector.

The new approach was intended to improve efficiency of college education delivery, but in a report last week Audit Scotland said it could find very few gains from the college merger process. (Click here to read more).