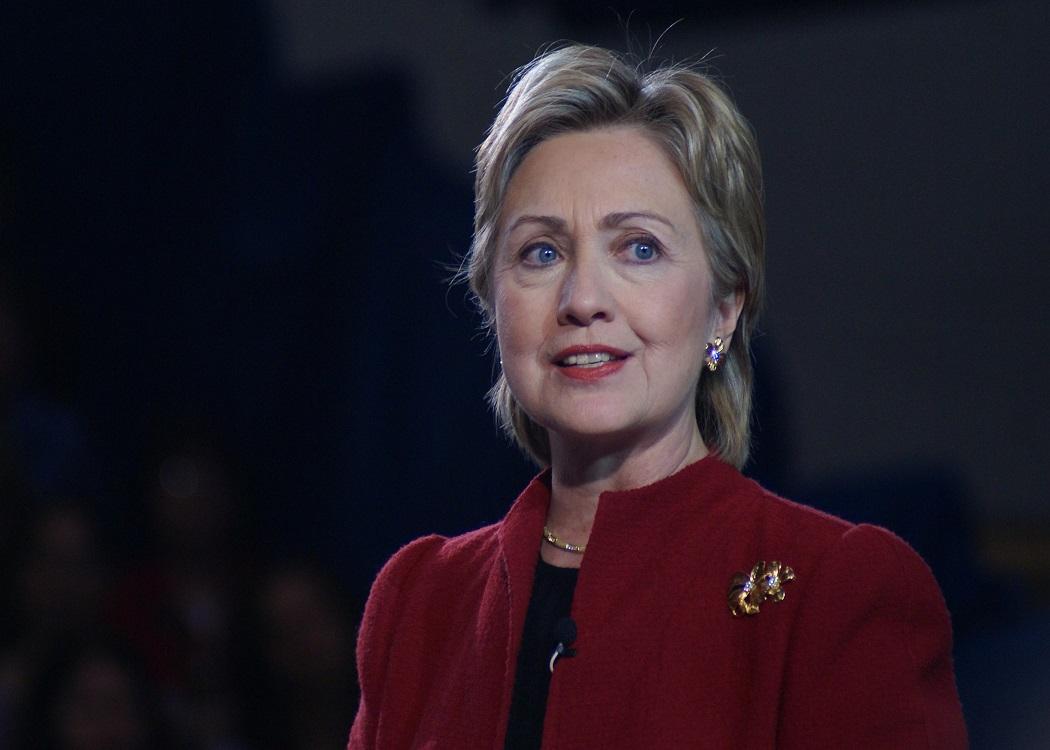 A WOMAN with a degree in law, one of the most important figures in the country, a left-wing politician, and who is succeeding a divisive predecessor. Here in Scotland anyone’s first thought when hearing this would be of First Minister Nicola Sturgeon, but to an American all these descriptors would evoke thoughts of probable Democratic presidential nominee Hillary Clinton.

There are some attributes that politicians possess that typically can’t be learned, such as the ability to light up a room with a rip-roaring speech, or being a prodigious debater who can not only spit out memorable one-liners but also coherently, and consistently, make a case for their party’s platform.

Nicola Sturgeon has both of these qualities, but these are two qualities that Hillary Clinton lacks. In the run-up to the election, the SNP had Sturgeon giving speeches to large crowds and placed her in positions to spar over talking points, allowing her to play to her strengths.

It isn’t going to require much effort for Hillary to win over her home audience – the Democrats – but, like Nicola, there is another contingent that she has to bring into her coalition.

Clinton’s campaign appears to be playing up her own strengths, having her speak in smaller settings, and in a more conversational way, rather than a confrontational one.

So without being a firebrand for the Democrats, like Sturgeon is for the SNP, what can Hillary take away from Sturgeon’s meteoric rise to leadership of what has become the third largest party in the country? And what will most likely be one of the prominent voices of opposition to the current Conservative government?

Pre-election when all of the polling suggested that there was a good chance of a Labour government, with the help of the SNP, this proved an interesting message for Nicola Sturgeon to balance.

On one hand she had to first and foremost champion and support what’s best for Scotland, but she also had to sell her party as one that would work in the best interest of the entire nation, should it be part of the new government.

Because of this she had to win over the audience at home in order to get her party members elected, but she also had to attempt to satiate left-wing voters in the rest of the UK, assuring them that people in Scotland’s vote for the SNP was not a vote for another independence referendum.

Hillary has a similar, but different, task at hand. It isn’t going to require much effort for her to win over her home audience – the Democrats – but, like Nicola, there is another contingent that she has to bring into her coalition.

Recent polls have shown that a record high of Americans, 42 per cent, identify as independents – being neither Republican nor Democrat. Much like her counterpart in Scotland, Hillary is going to need to convince this other population that she and her party are progressive, that she is more than just the status quo, and that she will work with others to see the country succeed.

She needs to come across as standing up for Democratic and progressive values, while showing her credentials as someone who as first lady and New York senator worked across party lines and courted the support of more moderate politicians to do what’s best for the American people.

Hillary needs to come across as standing up for Democratic and progressive values, while showing her credentials as someone who as first lady and New York senator worked across party lines.

One way that Sturgeon did this was by making two of the cornerstones of her campaign about issues regarding inequality and healthcare. Sturgeon has been the strongest voice for more funding and increased protections of the country’s National Health Service.

This is something Hillary should be able to do with relative ease. As first lady she was one of the leading voices in healthcare reform and was closely tied to the task force that developed a reform plan under her husband, former President Bill Clinton’s, administration.

While the subsequent bill didn’t pass, healthcare reform is a fight she hasn’t backed down from since, and it was arguably the most passionate subject she argued for as a candidate during the 2008 Democratic primaries.

Now in her second round as a candidate, Hillary can use the most popular aspects of Obamacare, such as coverage for pre-existing conditions, as signs of progress, while also molding the battle for healthcare coverage in her own administration and continuing the work towards a single payer system started by President Obama.

In addition to healthcare, Sturgeon put issues such as a Living Wage and free childcare at the forefront of her campaign against inequality. During the first days of her official campaign, Hillary has hinted at these issues, having talked about providing pre-k childcare for all families during a recent stop in New Hampshire.

She would do well to take note from Sturgeon and use issues such as childcare and pre-k to increase her already strong appeal among women voters. Hillary can also make headway in the youth vote with vocal support of raising the minimum wage and following through on President Obama’s plan for free community college.

While gay marriage is already legal here in Scotland, and in England and Wales, it isn’t in America, and LGBT rights are another issue Hillary can be the leading voice on. In doing this, she can also starkly contrast herself to all the Republican candidates who not only oppose same-sex marriage but have also all supported laws allowing discrimination – while conversely upwards of 60 per cent of Americans now support marriage equality.

Nicola Sturgeon’s balancing act was more than just trying to convince voters in and out of Scotland that her party would be beneficial for everyone within the United Kingdom, she has also balanced making the party her own, while not distancing herself from her divisive predecessor Alex Salmond.

Sturgeon’s balancing act was more than just trying to convince voters in and out of Scotland that her party would be beneficial for everyone within the United Kingdom.

Unlike Sturgeon, Salmond is a politician whose likability is questionable outside of his own party due to his bullish and partisan personality and rhetoric. Sturgeon has maintained a very strong presence as party leader, but hasn’t disavowed, or even distanced herself from Salmond.

Instead she has used the leadership position to become a force of her own, she speaks on issues that are important to her and has shown herself as a qualified leader in her own right. Hillary is going to be in a similar situation if she becomes the Democrat’s nominee for president.

Having been President Obama’s secretary of state for four years she is going to be tied to his presidency, especially his foreign policy, whether she likes it or not. She would be wise to acknowledge this, talk about the successes of their tenure together, and then lay out how a Clinton presidency wouldn’t simply be a third term of Obama, and how she is her own uniquely qualified person.

This, of course, is easier said than done, especially when inextricably linking her with Obama is going to be an attack line the Republicans will constantly be throwing her way.

Hillary is more than capable of countering this though; especially if she focuses on the issues the Obama administration has paid less attention to, such as the previously mentioned issues of minimum wage, LGBT issues, and women’s rights.

She can also pick up on the unfinished and popular policies President Obama has brought up, such as universal pre-k and free community college, establishing herself as a candidate for the people, but also as potential President Hillary Clinton, not Obama-redux.

Sturgeon has maintained a very strong presence as party leader, but hasn’t disavowed, or even distanced herself from Salmond.

While Hillary doesn’t have the advantage that Sturgeon did of storming onto the political scene as a relative unknown and captivating the left-leaning population of a nation, she can potentially do that with people from my generation, millennials.

A lot of younger voters don’t remember much of her prior to her stint as secretary of state, when she served as a New York State senator and as first lady. Despite this, I believe Hillary is going to have more of an uphill battle in the general election than many pundits, and current polls, are predicting.

One possible strategy to make her fight a little easier? Take note of Nicola Sturgeon.