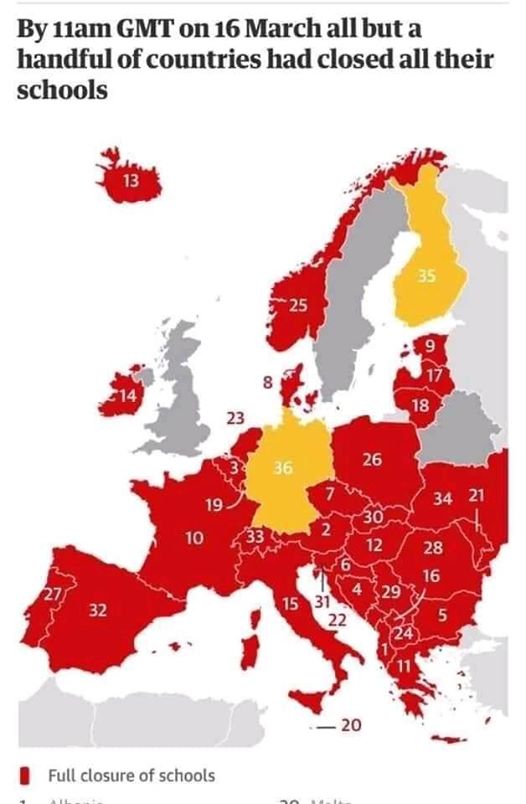 An extremely serious, historic mistake has been made. After venturing out on its own in the world with a uniquely laissez-faire approach that did not do the basic things that the World Health Organisation has pleaded with governments to do like tracking and testing people with Coronavirus, the Government completely U-turned last night, based on a […]

An extremely serious, historic mistake has been made. After venturing out on its own in the world with a uniquely laissez-faire approach that did not do the basic things that the World Health Organisation has pleaded with governments to do like tracking and testing people with Coronavirus, the Government completely U-turned last night, based on a new Imperial College London paper, which found that their theoretical models had been wrong, and in fact the NHS was about to be overwhelmed by the number of new cases if Coronavirus was not intensively suppressed now. The fatal words were those of Professor Azra Ghani who said: “We were expecting herd immunity to build. We now realise it’s not possible to cope with that.”

As Devi Sridhar, chair of Global Public Health at Edinburgh University, said in response: “We’ve had eight weeks to learn from other countries and to listen to WHO (leading experts in outbreak control). To understand how S Korea, Taiwan, Singapore have done what they’ve done. Real-life governance and policy lessons. But instead we followed a model with flawed assumptions.”

Even if the government did need this Imperial College London paper to tell them what the WHO was already telling them, why did they not exercise huge caution in the mean-time? Why did they not buy themselves time to work it out? There’s no serious explanation for the lack of testing and the lack of caution in allowing large public events to go ahead other than gross negligence. 11,000+ people packed out an indoor conference centre in Aberdeen on Sunday night to see musician Lewis Capaldi perform – no one can possibly say now that was not a ludicrous thing to happen.

Some people will say, ‘what’s done is done’, and that’s true. Even in U-turning, the government has made a hash of the new measures introduced. By not banning people from restaurants and clubs but suggesting that they stay away, owners will now be unable to claim insurance if they turn people away. That needs fixed, and the government needs to take actions which quickly catch up with the rest of Europe on testing, schools and protecting the health workforce. We need to focus on what’s in front of us.

1) Are the Scottish Government still confident in the scientific advice they are receiving, both at Scottish and UK level, given this sudden U-turn?

2) Are any measures being taken to widen the group of people the Scottish Government listen to, perhaps to include public health experts who have been warning for weeks that a tragic error was being made in government policy?

3) The South Korean Government has offered guidance to countries in learning the lessons of how they have suppressed Coronavirus. Is there any plans for the Scottish Government to engage in immediate international outreach efforts in that respect?

4) First Minister Nicola Sturgeon has said the Scottish Government is acting on UK Cobra emergency meetings and seeking to take decisions on a “consistent UK four nations basis”. Will that policy be reviewed in light of this?

5) Will the Scottish Government publish all its data, scenarios and forecasts and commit to full transparency in its approach to tackling Coronavirus?