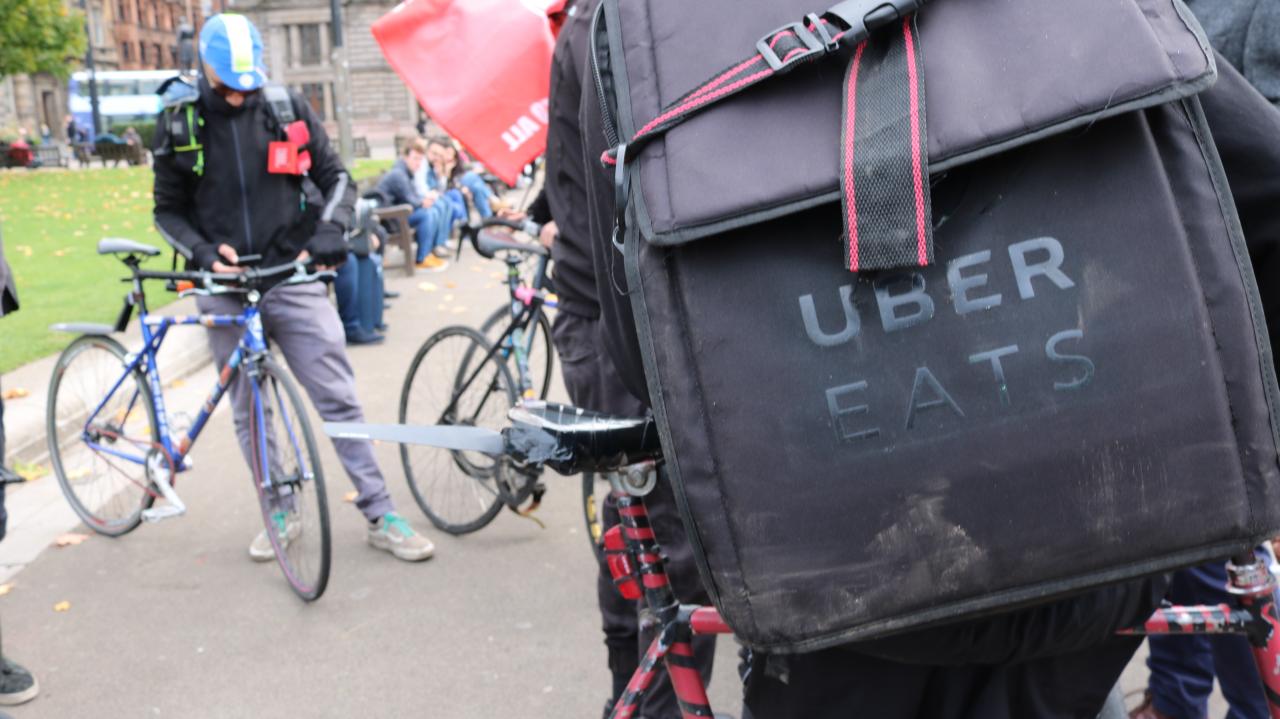 In Glasgow, couriers gathered on bicycles at George Square at midday and again at 6pm. The day was picked to coincide with strikes by workers in the the fast food sector, with staff from McDonald’s, Wetherspoons and TGIF all on strike. The couriers, part of the Industrial Workers of the World Courier Network (IWW), are on strike for the second time in two months.

Some covered their faces to prevent being identified with Chris Fear, Lead Couriers Campaign Organiser, explaining that: “We’ve see people summarily being fired without any reasons being given, and when they try and enquire about the reasons they aren’t told them… Many people are cautious.”

They are calling for a minimum of £5 per delivery, which they say will enable them to earn minimum wage. One courier who preferred to remain anonymous said the instability of the work was contributing to her mental health issues. “I’m striking for better pay, better conditions, minimum wage, to be able to pay my rent – I don’t think it’s that much of a thing to ask but it seems ridiculous that we have to go to these lengths for something that is so basic.”