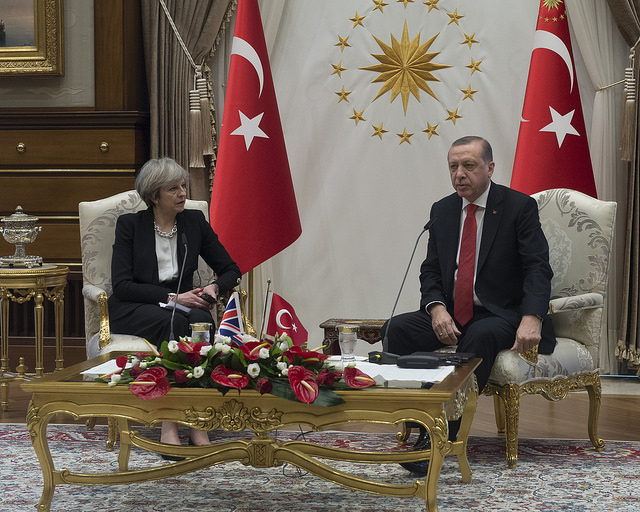 Turkish bombing of Kurdish-controlled region in Syria denounced by activists

SCOTTISH SOLIDARITY WITH KURDISTAN has sent a letter to all Scottish MPs and MSPs calling for condemnation of the Turkish Government’s attack on Afrin, one of three cantons of Northern Syria currently controlled by the Kurdish YPG (People’s Protection Units).

Following threats from Turkish President Tayyip Erdoğan of military intervention last week, Turkey began airstrikes against Afrin on Saturday 20 January, before troops entered the region on Sunday. The assault, named ‘Operation Olive Branch’, seeks to remove the YPG, who have played an instrumental role in pushing ISIS out of the region as part of an alliance with US backing.

The Turkish state has said that it believes the YPG to be linked to the PKK (Kurdish Workers’ Party) in Turkey, which is classed as a terrorist organisation by Turkey and a range of others including the UK, USA, and the EU, although the appropriateness of the classification is disputed. However, the YPG denies any links to terrorism.

Turkey’s actions are thought to be a reaction to US intentions to establish a “border security force” in the area in a bid to keep ISIS out. The US has since backtracked on this and called on Turkey to “exercise restraint” and minimise casualties.

In a letter addressed to parliamentarians across Scotland, Scottish Solidarity with Kurdistan also refuted the accusations of terrorist links and called the region an “oasis of hope”.

The letter reads: “There is no evidence to support  [Erdoğan’s] claim that the YPG has been involved in anything apart from defending their community against Daesh/ISIS.

“The Democratic Autonomous Administration in Northern Syria is a secular, bottom-up democracy that should provide a model for the reconstruction of Syria, as well as democratic lessons for the wider world.

“While predominantly Kurdish, it is careful to include all ethnicities, and also to give a full role to women.

“Their Syrian Defence Force (incorporating the Kurdish YPG and YPJ, but including other ethnic groups) has proved the most effective force against Daesh/ISIS.

“It is the SDF, supported by US air attacks, that has retaken Raqqa. The Democratic Autonomous Administration provides an oasis of hope and stability and has attracted refugees from other parts of Syria.”

This, the campaigners argue, is being “put under threat” by the Turkish Government, which they say “has shown itself determined to extinguish Kurdish culture and identity, that is contemptuous of human rights, and that openly dreams of recreating the Ottoman Empire”.

Calling on the UK and Scottish Governments to condemn the aggression, and for supporters to send their own letters to their representatives, the letter concludes: “This needs an international response.”

UK based campaign group Solidarity with the People of Turkey (SPOT) has also issued a call for action to protest the bombing and called on the UK Government to put a stop to the sale of arms to Turkey.

In a draft letter which the group urges “all those who take sides with peace, freedom and justice” to send on to their MPs, SPOT states: “This act of unprovoked warfare by the Turkish state threatens to destablise one of the calmest regions throughout the whole Syrian civil war.

“Afrin has been a crucial safe haven for people fleeing ISIS in the region, and it must stay that way.

“It is clear that the Turkish government’s claim that this war is to protect Turkey’s border and security is simply untrue, and it will have devastating consequences for not just the Kurdish people who will pay with their lives but also the people of Turkey and of the broader region.

“The responsibility of the killings lie with Turkey’s ruling AKP government, its leader Erdogan, and those powers who fail to oppose these attacks and take action to influence Turkey to cease its attacks on Afrin with immediate effect.”

The UN Security Council will hold an emergency debate on the situation on Monday.

The UK Government did not respond to a request for comment by time of publication and the Scottish Government declined to comment on the matter.