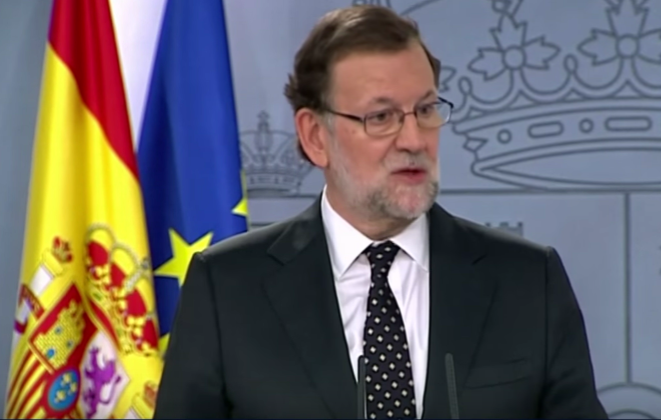 THE UK GOVERNMENT has been left speechless over a statement by the Spanish Government that it would “not be worried” by a united Ireland joining the European Union at any time in the future.

Contacted by CommonSpace the Foreign and CommonWealth Office (FCO) and the office of the secretary for Northern Ireland, John Brokenshire, refused to respond to the statements by representatives of the Spanish Government.

These comments come at a time when the political deadlock in Northern Ireland between the DUP and Sinn Fein means that the prospect of direct rule of London is a real possibility going against the principles of the 1998 Good Friday Agreement.

Following the vote in England and Wales last summer to leave the EU, Northern Ireland and Scotland have been politically distanced from the rest of UK as both countries voted to remain. Northern Ireland’s connections with the EU through the Republic of Ireland make issues around trade, movement of people and services crucial for its economy and politics.

“The UK’s acceptance of a possible referendum on Northern Irish independence and both the Republic of Ireland and the UK signed the Good Friday Agreement marks another difference.”

Speaking at the weekend summit of EU member states, discussing the common negotiating approach of the EU for the upcoming Brexit talks, a spokesperson for the Spanish Government said: “Nobody has any difficulty for this if it [a united Ireland joining the EU] happens.

“The UK’s acceptance of a possible referendum on Northern Irish independence and both the Republic of Ireland and the UK signing the Good Friday Agreement marks another difference from what Spain considers an illegal vote in Catalonia. What is clear is that the point of departure is not only different but the opposite.

“We would not be worried.”

In response to this, the FCO said it had “no comment” on the statement made at the summit on Saturday (29 April) and the office of John Brokenshire, secretary for Northern Ireland, has failed to response to repeated requests for clarification.

The Spanish Government also cited the fact that the republic offers citizenship to anyone born on the island of Ireland and people born in Northern Ireland can hold UK and Irish dual citizenship.

Relations have been tense since the Brexit vote as Spain and the UK both claim Gibraltar as their territory. The European Council’s draft guidelines for the Brexit negotiations last month said that Spain must agree to any final Brexit deal affecting Gibraltar which further worsened relations.

The dynamic of the relationship between the UK and Spain changed again last month when Spanish foreign minister Alfonso Dastis said his nation would “in principle” not veto an independent Scotland’s bid to become an EU member.