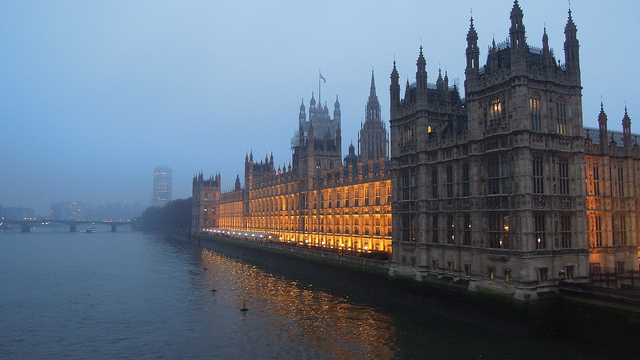 A REPORT PUBLISHED by the European Committee of Social Rights – part of the Council of Europe – on Wednesday reveals that the UK Government is failing to meet international legal obligations due to inadequate social security.

The report states the UK did not meet obligations under the European Social Charter on multiple grounds, namely that there are inadequate levels of statutory sick pay, long-term incapacity benefits and unemployment benefits, that the minimum levels of Employment Support Allowance are also inadequate, and that self-employed and domestic workers are not covered by the occupational health and safety regulations.

The European Social Charter is a legally binding economic and social counterpart to the European Convention on Human Rights, ratified in the UK in 1962.

Speaking to CommonSpace, director of policy for Inclusion Scotland Bill Scott said he was “in complete agreement with the Council of Europe”, and that he only wished they had said this sooner.

Speaking of cuts introduced last week which lowered Incapacity Benefit to £30 per week, he said the changes would “plunge a large group of people into poverty who are just about managing”.

The majority of those receiving ESA, he said, also rely on means tested benefits because ESA levels are “too low to meet their needs”.

The points being raised by the ECSR’s report, Scott said, “need to be said”. The value of social security benefits, he said, has been falling in comparison to wages.

“It’s impossible to live on them alone, and that should not be the case,” he added, arguing that current levels meant the benefits were failing to provide the safeguard they are intended to offer.

Scottish Human Rights Commission chair Judith Robertson also responded to the conclusions: “This reinforces what we’ve heard about the devastating impact that welfare reform is having on people’s lives in Scotland.

“We hope that the Scottish Government can do better than this with their new social security powers and we welcome their emphasis on taking a human rights based approach to the new system.”

Conclusions on member states’ compliance with the charter are published annually, and this year’s report refers to the period from 1 January 2012 to 31 December 2015.

A DWP spokesperson responded: “Our welfare system is among the best in the world and we are committed to helping people improve their lives. We spend over £90bn a year supporting people of working age, including those who are out of work or on a low income.”