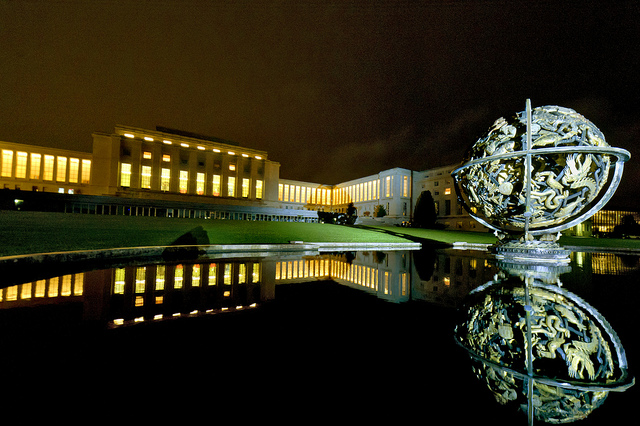 THE UNITED NATIONS Committee on the Rights of Persons with Disabilities (UNCRPD) has said that the UK Government’s austerity agenda is failing to protect the human rights of disabled people.

Following a two-day public examination in Geneva of the UK’s lack of progress in implementing the UN Convention of the Rights of Persons with Disabilities, the committee concluded that representatives of the UK Government had failed to provide satisfactory answers to their inquiries, and that the committee “has a very different perception of how human rights should be understood and implemented,” according to Stig Langvad, who led the committee’s UK investigation.

While the UK’s devolved bodies in Scotland, Wales and Northern Ireland were also examined, Langvad made clear that final responsibility rested with the Conservative government, saying: “Disability rights are the obligation of the state party. It cannot be decentralised.”

Theresia Degener, the committee chair, told the UK delegation that the cuts to welfare and social security first instituted by David Cameron’s government and continued by Theresa May had caused “a human catastrophe”.

“Social cut policies have led to a human catastrophe in your country, totally neglecting the vulnerable situation people with disabilities find themselves in.” Theresia Degener

Degener told the UK delegation: “Evidence before us now and in our inquiry procedure as published in our 2016 report reveals that social cut policies have led to a human catastrophe in your country, totally neglecting the vulnerable situation people with disabilities find themselves in.”

Inclusion Scotland, one of the Disabled People’s Organisations (DPOs) from across Scotland and the UK who submitted evidence to the committee, told CommonSpace that it was “very satisfied” with the committee’s initial conclusions, saying it reflected the criticisms of UK Government policy the organisation had presented, while describing the UK delegation’s response as “evasive”.

Rosalind Tyler-Greig, Inclusion Scotland’s human rights policy and engagement officer, told CommonSpace that a reversal of the problems described before the committee could only come through abandoning the UK Government’s “austerity agenda”.

This most recent condemnation of the UK’s human rights record follows another UN report in November of last year, which concluded that the UK had violated the UN disability convention in several areas. The UNCRPD spokesperson said following the report’s release: “The committee can confirm that some violations were grave, some others were systematic and some were both: grave and systematic.”

“We stand by the reforms to the UK benefit system.” Department of Work and Pensions

The November report attributed most of the breaches to the convention were a result of Conservative policies instituted between 2010 and 2015.

A representative of the Department of Work and Pensions told the Committee: “We stand by the reforms to the UK benefit system.”