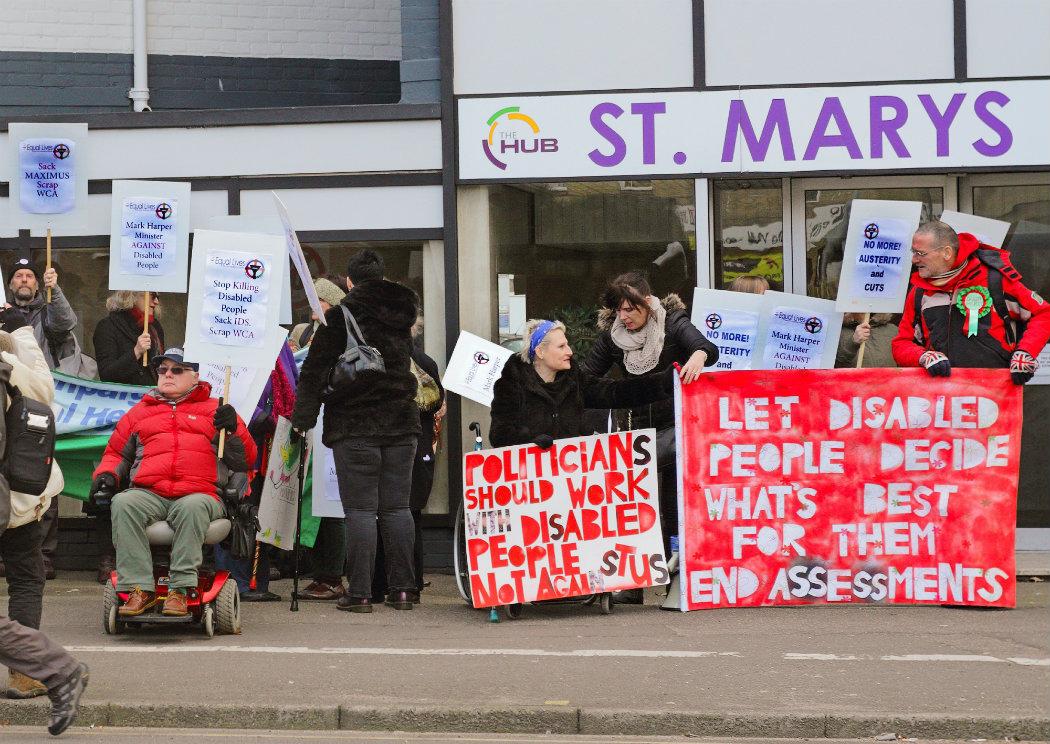 The Department for Work and Pensions (DWP), responsible for social security and job centre support across the UK, has conceded that the number of disability employment advisers has fallen to just 297 since 2010, a reduction of 40 per cent.

The quotes and the individuals were invented by the DWP .

The DWP admitted this week that the sanctioned system damages the health of claimants .

The UK Government claims that sanctions, including controversial ‘work capability tests’ conducted by Atos, help get claimants back to work.

“In 2010, when the coalition Government came to power, in the 781 Jobcentre Plus throughout the United Kingdom, disabled people looking for work could rely on the support of 499 specialised disability employment advisers.

“Five years later 67 Jobcentre offices have closed; in itself a potential accessibility issue for disabled people, but crucially the government has chosen to attack disabled job hunters by decimating the number of specialised advisers to help them into work.

“The information supplied by the DWP shows that in May 2015 the number of disability employment advisers had fallen to 297, a fall of 40 per cent. The ongoing attacks on supported employment, the loss of remploy jobs and other attacks on disability benefits such as the bedroom tax are proving this government plans to be one of the most heartless and uncaring we have seen.

“Disabled people need support not sanctions to get into work.”

Lynn Henderson, Scottish secretary of the Public and Commercial Services Union (PCS) which represents DWP civil servants, said: “This is devastating news for the thousands of disabled people who rely on these services to help them live the kind of lives most of us take for granted. With thousands of jobs cuts in the DWP it means that at a time when there is a greater need for help and advice, there are fewer staff around to provide it.”

Disability groups campaigning against sanctions and service cuts include the Black Triangle Campaign and Disabled People Against Cuts .