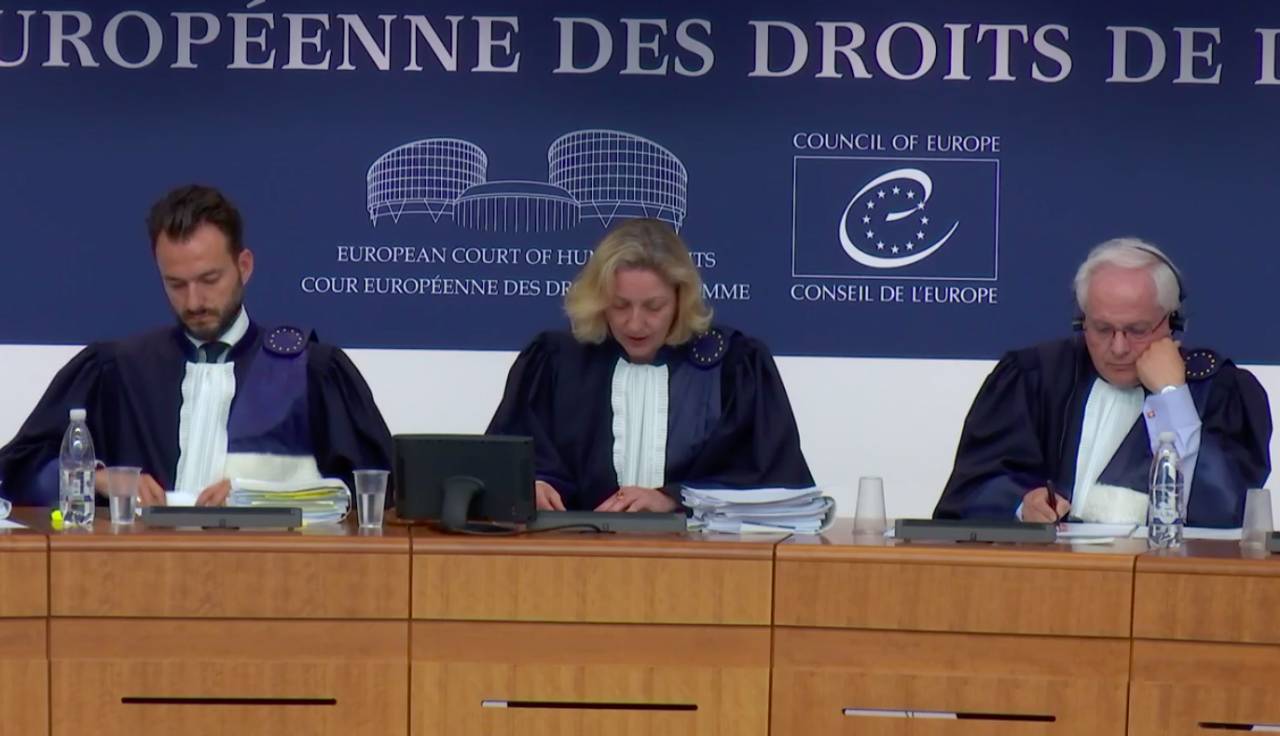 “It is ironic that on the very day the Bureau is making this case against the British government’s surveillance regime in the highest court in Europe, the same government is hosting a global summit on press freedom.”

THE UK Government has been accused of hypocrisy, as on the same day it hosted a global press freedom conference in London it was defending spying on journalists at the highest court in Europe.

The court case in Strasbourg saw the Bureau of Investigative Journalism (BIJ) bring a case alongside Big Brother Watch, Amnesty and numerous other human rights organisations over UK intelligence agencies’ mass surveillance of millions of UK citizens, including journalist’s communications, exposed in 2013 by US whistleblower and former NSA contractor Edward Snowden.

Last September, a lower chamber of the European Court of Human Rights (ECHR) ruled that the UK Government’s mass surveillance was unlawful and was in contravention of privacy and freedom of expression rights. Specifically on press freedom, the court found that “freedom of expression constitutes one of the essential foundations of a democratic society and that the safeguards to be afforded to the press are of particular importance.”

There is currently no requirement in the UK for intelligence agencies’ to request authorisation from a Judge before intercepting journalistic communications. The coalition of human rights organisations have taken the case to the ECHR Grand Chamber in an attempt to have the UK’s whole mass surveillance regime ruled impermissible. Following the initial hearing on Wednesday in public (which can be watched here), deliberations will be heard in private before a ruling is made by the Court at a later date.

READ MORE: In a climate of surveillance, does self-censorship threaten Scottish journalism?

Meanwhile, in London the Foreign Office hosted a huge global conference on press freedom, which will see 60 ministers and over 1,000 reporters participate over the course of the week. Foreign Secretary Jeremy Hunt kicked off the conference on Wednesday, speaking at the opening plenary alongside human rights lawyer and British envoy on press freedom Amal Clooney.

Rachel Oldroyd, managing editor of BIJ, said: “This may be the most important case with regards to the protection of journalistic communications and the protection of our sources to be heard in the past 20 years. As journalists we must be able to speak freely to our sources without fear of surveillance. The UK government’s system of mass collection and storage of all our communications is a severe threat to this cornerstone of our profession and a severe intrusion upon the freedom of the press.

“It is ironic that on the very day the Bureau is making this case against the British government’s surveillance regime in the highest court in Europe, the same government is hosting a global summit on press freedom.”

To coincide with the conference, the UK Government established a new £25 million fund which it said would be used to defend press freedom internationally.

Commenting ahead of the Grand Chamber court case, Lucy Claridge, Amnesty International’s director of strategic litigation, said: “Exposed to the light of day, some of the UK’s industrial-scale surveillance practices have already been found unlawful, but Europe’s highest human rights court could now decide to entirely do away with dragnet surveillance and unfettered transnational sharing of millions of people’s private data.

“We need to be protected from intrusive and over-powerful states that think nothing of secretly harvesting and sharing vast amounts of our private data and communications.”

Also on Wednesday, The Guardian reported that the Saudi Arabian government privately complained to Reporters Without Borders (RWB) about the country falling down their press freedom index.

The UK-ally fell from 172 to 180 in the most recent publication of the rankings, following the murder of Washington Post journalist Jamal Khashoggi last year by a Saudi state death squad.

The complaint to RWB came in confidential meetings with the Saudi regime in April, where the organisation pushed for the release of 30 jailed journalists.

Despite the Khashoggi murder, the US and UK have continued to maintain a close relationship with Saudi crown prince Mohammad Bin Salman, which US President Donald Trump said was necessary to maintain billion-dollar arms sales to the regime. Riyadh was announced last month as the next location for the G20 to meet in 2020, sparking protests from human rights campaigners.