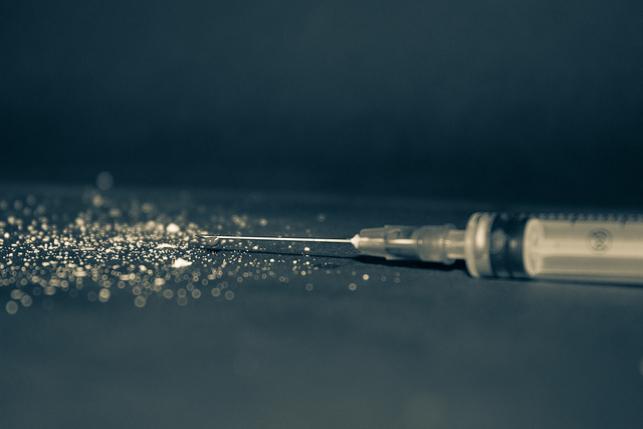 RONNIE COWAN, SNP MP for Inverclyde will lead a Westminster hall debate on drug consumption rooms on Wednesday, where he will call on the UK Government to legalise the rooms or devolve the powers needed for the Scottish Government to do so.

A drug consumption room, or ‘fix room’, which would provide a medically supervised location for taking heroin, was approved by Glasgow’s Health and Social Care Partnership and the Scottish Government last year in a bid to address the risk of disease and death among addicts.

However, the plans were blocked by the Home Office, which confirmed in December that it would not change existing drug laws and expected local police forces to enforce them. The lord advocate, Scotland’s senior prosecutor, said no exemption could be made by the courts unless the law was changed.

Ronnie Cowan, who is vice-chair of all-party parliamentary group (APPG) on drugs policy reform, said in advance of his debate on the issue: “The UK Government must look at the growing body of evidence and change the law to allow DCRs [Drug Consumption Rooms] to be opened in the UK without fear of prosecution.

“If not, they must devolve the relevant powers to Scotland to allow the SNP government to pursue ambitious and innovative new methods to tackle the public health issue of unsafe drug consumption.

“Supervised drug consumption facilities, where illicit drugs can be used under the supervision of trained staff, have been operating in Europe for the last three decades.

“These facilities provide needles which instantly reduce the spread of HIV and Hepatitis C. Instantly we improve the health of the user and instantly we engage users back into society where they can be signposted to the relevant services.

“If we want to stop damaging society and help the many individuals that have a drug addiction problem then we need to change our approach.”

This follows from the SNP’s commitment at its Autumn conference last year to treat drug use as a public health issue, rather than a criminal justice one, and to push for the devolution of drug laws.

Cowan, who is a strong supporter of drug decriminalisation, also raised the subject of consumption rooms in Prime Ministers Question Time last month, where Theresa May responded that, unlike some members of the House, she did not take a “liberal approach to drugs”.

May added: “Our aim should be to ensure that people come off drugs, don’t go on drugs in the first place, and then people keep clear from drugs. That’s what we should focus on.”

Calls for the Home Office to reconsider its position have also been backed by drug reform campaign organisations including Release, Transform and Anyone’s Child.

A spokesperson for Release said: “Scotland urgently needs DCRs as it has the highest rate of drug-related deaths of any country in the EU, with a rate more than double that of England. This rate would be reduced if people who use drugs could do so in a safe environment with trained professionals and anti-overdose medication at hand.

‘’Scotland faces unique challenges in drug misuse, so Scottish drug policy must reflect this. To reduce drug-related deaths, the UK Government must urgently devolve drug legislation to the Scottish Government immediately, so that the latter may open drug consumption rooms, and better respond to its people’s needs.”

A spokesperson for Glasgow Health and Social Care Partnership confirmed following the Home Office’s statement that plans to develop a safe drug consumption facility in Glasgow were still underway.