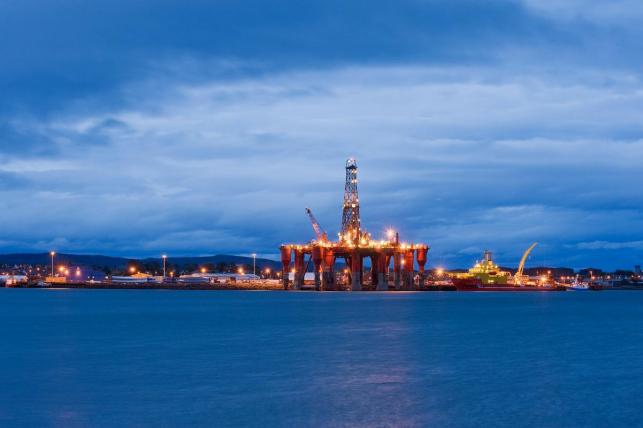 If a North Sea wealth fund had been set up in the 1980s, it would be worth over half a trillion pounds today, the IPPR estimates

THE UK GOVERNMENT missed its chance to establish a wealth fund based around North Sea oil which would today be worth over £500bn, according to the Institute for Public Policy Research (IPPR).

In a newly published report, ‘Our Common Wealth’, which advocates the creation of a Citizen’s Wealth Fund, the IPPR points out that between 1980 and 1990, North Sea oil raised £166bn in taxes, based on 2011 prices.

These revenues were then used by Margaret Thatcher’s Conservative government to fund tax cuts unrelated to the oil industry.

The IPPR report contrasts this with the strategy pursued by Norway, which created a sovereign wealth fund in 1990 which was in 2017 reported to have reached approximately $1tn in value, or £712bn.

“The temporary boom in the 1980s spurred by tax cuts enabled by North Sea oil increased both intergenerational and national inequality in the UK.” IPPR report ‘Our Common Wealth’

“Instead of establishing a sovereign wealth fund, increasing investment, reducing national debt, or decreasing liabilities – all which would have increased public wealth – the UK used part of its tax windfall to fund the reduction of non-oil taxes.

“While this may have boosted private wealth in some instances, the collective stewardship of finite resources which would have occurred through investment in a sovereign wealth fund, would have created a lasting, equitably-held asset.

“By contrast, the temporary boom in the 1980s spurred by tax cuts enabled by North Sea oil increased both intergenerational and national inequality in the UK. No mechanism was established to ensure future generations could share in that windfall.”

The IPPR, while acknowledging that North Sea oil could no longer wholly support the creation of a wealth fund at present, nevertheless argues that future asset sales could be shared with future generations, and that the “mistakes of the 1980s” should not be repeated.

The IPPR report proposes that a UK Citizens’ Wealth Fund could be worth £186bn by 2029/30, “if capitalised from 2020/21 using a mix of asset sales, capital transfers, new revenue streams, a small amount of borrowing and returns reinvested through the decade”.

Such a fund, the report argues, should be owned and run in the interests of citizens, but managed independently, “within democratically-set ethical and social restrictions”.

Responding to the new report, a Scottish Government spokesperson said: “Oil and gas production has generated around £330bn in tax revenues for the UK exchequer over the last five decades. It is clear the UK Government missed the opportunity to manage these resources properly and ensure they provided a lasting benefit to the UK and Scotland, while Norway on the other hand set up an oil fund now valued at over £700 billion.

“The North Sea has a bright future for decades to come, with up to 20 billion barrels of oil and gas remaining, and there are encouraging signs that confidence is beginning to return to the sector after a number of challenging years.

“The Scottish Government will do everything within its powers to support the industry and its workforce, while calling on the UK Government to ensure a fiscal and regulatory regime which encourages on-going investment to support jobs and export led growth.”

A spokesperson for the UK Treasury responded: “We have given the oil and gas industry £2.3bn of support since 2015, to safeguard the future of this vital sector and its 300,000 jobs.

“What’s more, we have listened to the industry’s request to introduce a new transferable tax history to support new investment in older oil fields.”

The IPPR’s recommendations echo the sentiments of former First Minister and ex-SNP leader Alex Salmond, who in December 2017 called for North Sea oil and gas to benefit “the workers, the communities and the people” over the next several decades.

Claims that the UK Government mismanaged North Sea oil resources have also been widespread in recent years, with the pro-independence think tank Business for Scotland arguing last year that “Scotland would run a significant fiscal surplus,” had it not been for Westminster’s mismanagement of the oil industry.