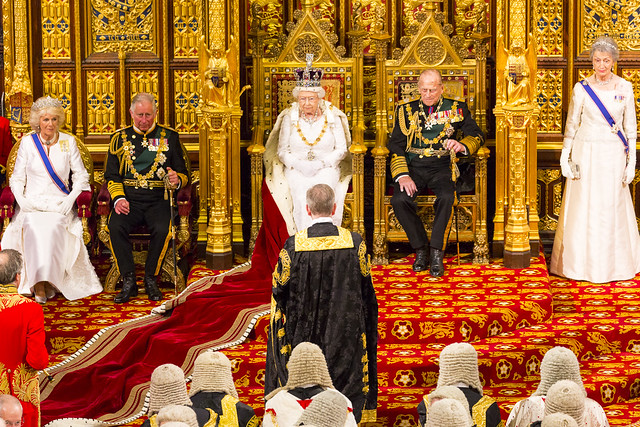 Prime Minister Boris Johnson will ask the Queen to suspend parliament ahead of a Queen’s Speech on 14 October, with parliament prorogued for five weeks from the week beginning 10 Septmeber. The move has sparked furious reaction from opponents of a No Deal Brexit. CommonSpace rounds up reaction from Scotland and across the UK.

“Shutting down parliament…is not democracy, it’s dictatorship. I think today will go down in history as the day democracy died, if it’s allowed to happen.

“A vote of No Confidence cannot be off the table, it must be very much on the table if that proves to be the best way of stopping this.

“My message to Boris Johnson on an election is: if he has the courage of his convictions, bring an election on, but have polling day before 31 October, so that people across the UK can have the opportunity to vote, and if he is not prepared to do that, then the question is what exactly is he frightened of.

“It makes it all the more important that Scotland has the ability to become an independent country, where democracy is actually at the heart of the country…this is a UK Government that has shown it has no respect for constitutional norms, it is no longer ridiculous to say that a Prime Minister that is prepared to shut down the House of Commons wouldn’t be prepared to do that to the Scottish Parliament. The Scottish Parliament goes back into session next week, as it does so the Bill to put in place the rules for an independence referendum will resume it’s parliamentary progress. The people of Scotland should have the right to choose independence because it’s clearly than ever now that we should be an independent nation.”

“We’ll probably move very quickly to a vote of No Confidence in the government…I think that [a No Confidence vote] is more likely because if it is impossible to prevent prorogation then it is going to be very difficult for people like myself to keep confidence in the government, and I could well see why the leader of the opposition would see it as necessary to table a motion for a vote of no confidence.”

John Bercow, speaker of the House of Commons

“This move represents a constitutional outrage. However it is dressed up it is blindingly obvious that the purpose of prorogation now would be to stop Parliament debating Brexit and performing its duty in shaping a course for the country. At this time, one of the most challenging periods in our nation’s history, it is vital that our elected Parliament has its say. After all, we live in a parliamentary democracy.”

“Shutting down parliament would be an offence against the democratic process and the rights of parliamentarians as the people’s elected representatives.”

“Make no mistake, this is a very British coup. Whatever one’s views on Brexit, once you allow a Prime Minister to prevent the full and free operation of our democratic institutions you are on a very precarious path.”

“It would be a constitutional outrage if Parliament were prevented from holding the government to account at a time of national crisis. Profoundly undemocratic.”

Dr Catherine Haddon, senior fellow at the Insitute of Government

“We were due to have a Queen’s speech and prorogation anyway but to do it right now, given everything that is going on and given the emphasis that is going to be on parliament in the effort by some MPs to try and stop a no-deal Brexit, it does seem like a very obvious move to try and cut down the time available to anti-no deal MPs to be abel to do something about it.”

“This is a constitutional outrage and profoundly undemocratic. This looks to me like something which would happen in a tin-pot dictatorship, not in a democracy.

“I am appalled at the recklessness of Johnson’s government, which talks about sovereignty and yet is seeking to suspend parliament to avoid scrutiny of its plans for a reckless No Deal Brexit. This is an outrage and a threat to our democracy. That is why Labour has been working across Parliament to hold this reckless government to account, and prevent a disastrous No Deal which parliament has already ruled out. If Johnson has confidence in his plans he should put them to the people in a general election or public vote.”

A prorogation normally happens every autumn. This parliamentary session has lasted three years – the longest since the Civil War. What kind of screwed-up mindset do you need to see the long-overdue return of constitutional normality as “a coup”?

“If true that Johnson intends to suspend parliament in October, we may be heading for the most serious constitutional crisis since the parliamentary revolution of 1688.”

“SNP have a choice. Continue obsession with keeping the UK in the EU – or fight for independence, outwardly and forthrightly. Time up for Westminster.”

“Boris Johnson led a Leave campaign which cheated and broke the law to win. It’s no surprise that now he’s the Prime Minister he is continuing his assault against democracy. If we need to “take back control” from anyone, we need to take it back from him. Those who defend the UK’s unwritten constitution often say the Queen must be “kept out of politics”. The Government is now asking her to suspend Parliament for an explicitly political purpose – one for which there is no mandate. Any Head of State worthy of the title would say no. The people of Scotland are used to the UK Government treating them with contempt, but this move by Johnson takes this contempt to a whole new level and reinforces the need for the people to have a say over the future direction of our country.”

“If Boris shuts down Parliament to carry out his No-Deal Brexit, I and other MPs will defend democracy. The police will have to remove us from the chamber. We will call on people to take to the streets.  We will call an extraordinary session of Parliament.”

Put to one side your views of a no deal Brexit. Imagine that Jeremy Corbyn is PM, pursuing a policy that is unpopular in Parliament & in the country. At a crucial moment he finds a way to evade Parliamentary scrutiny for several weeks. This is a dangerous precedent.

“The government’s announcement today makes a confidence motion now certain, a general election more likely and is seen as a positive move by Brexiteers. The unanswered question is whether Boris Johnson intends to pursue the Withdrawal Agreement.”

“This is an Eton coup and a democratic outrage. I hope that Ruth Davidson will join the chorus of condemnation that this decision deserves and confirm that Scottish Conservatives will oppose any measures to prevent parliament having its say. This process began with a democratic vote, it must not end with a behind closed doors stitch up.”