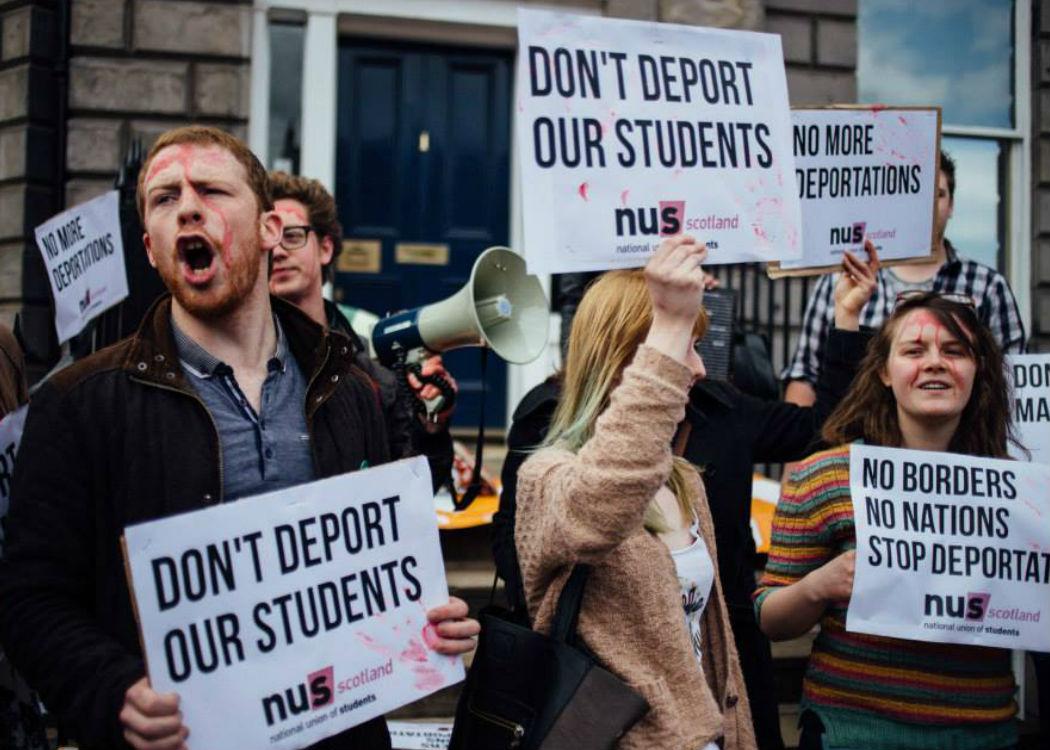 Majid Ali is deported to Balochistan region of Pakistan despite protests

THE DECISION of the Home Office to deport a Glasgow student has come under fire from campaigners who claim that he could have been sent “to his death”.

The UK government deported City of Glasgow College student, Majid Ali, on a chartered flight to Pakistan, as fellow students staged a protest at Heathrow Airport.

Ali comes from the Balochistan region in the south west Pakistan where Human Rights Watch has documented a history of repression and targeted killings (click here to read more).

Activists in the region have long demanded greater autonomy and even full independence from Pakistan.

After Ali’s brother was ‘disappeared’ four years ago, he travelled to the UK to seek sanctuary. His uncle and cousin were reported to have been killed in a raid by Pakistani police only two months ago and campaigners have voiced fears for his safety.

Protests took place simultaneously on Monday at the Scotland Office in Edinburgh and the UK Home Office in London.

Gordon Maloney, president of NUS Scotland, said that the UK Government “may well have just sent a young man to his death”.

“This shows the shocking callousness of our immigration system, and the urgent need for a complete overhaul of our asylum processes,” he added.

“This country has more than enough to provide for those who need it, and it is simply unacceptable for our Government to act with such a reckless disregard for human life.

“Whether it is torture abroad, or migrants drowning in the Mediterranean, this government is complicit. They need to be held to account.”

A Westminster motion calling for his deportation to be halted, proposed by Glasgow South West MP Chris Stephens, has been signed by 59 MPs.

Prior to Ali’s deportation, Stephens said: “It is fairly obvious to anyone looking at this case that Majid should be allowed to stay as there would be a genuine fear for his life if he was deported.

“The student community, and the Baloch community here in Scotland, will not be ignored, and I join the
demands to end the disgraceful and unfair way in which those seeking sanctuary in the UK are treated.”

Stephens also wrote to the Home Office seeking an urgent review of the case but this was rejected.

A Home Office spokesman said: “We do not comment on individual cases.”