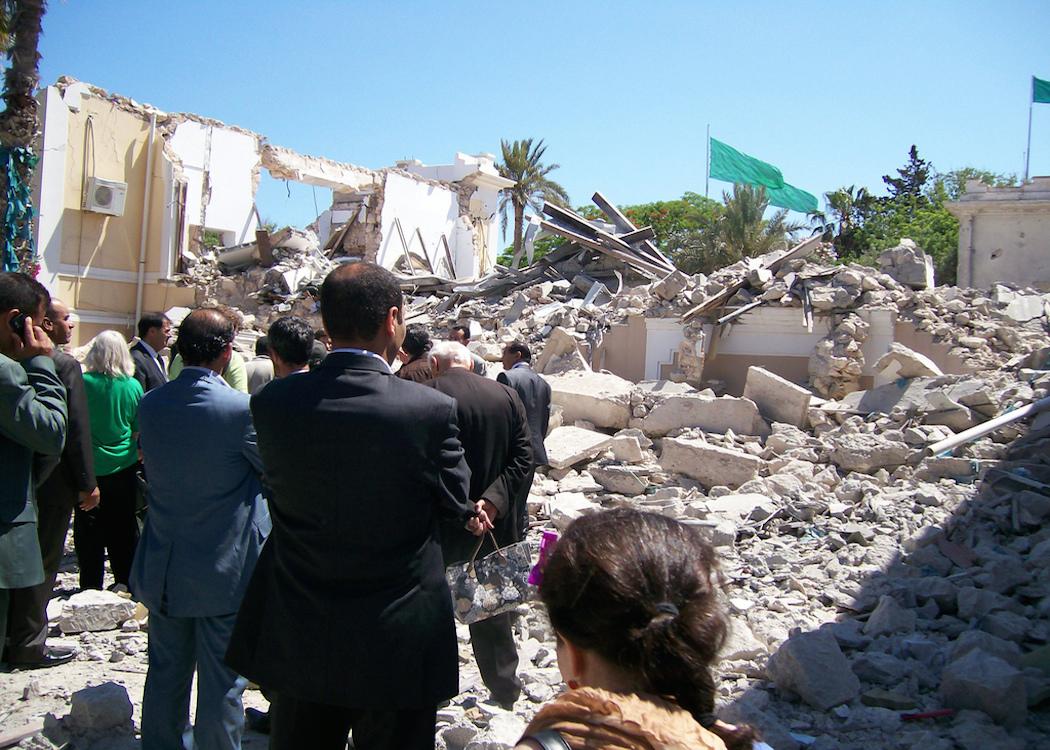 THE UK MILITARY must stop “keeping parliament in the dark” over a recent authorisation to bomb the war-torn nation of Libya from a UK RAF base, according to SNP MP Kirsten Oswald.

Tory minister Michael Fallon MP confirmed authorising UK support for the bombing, which took place on Friday 19 February and killed over 30 people according to the New York Times.

Oswald, the SNP’s armed forces spokesperson, has called for clarity on the decision – which was taken without a debate or vote in parliament.

Oswald said: “Mr Fallon seems to be keeping parliament, and the public, in the dark over the UK’s involvement in Libya. We need answers on the extent of future military commitment in Libya and how this recent operation was rubber stamped. We all want to defeat Daesh, however the UK government has a responsibility to keep parliament informed.

“If the UK is to get involved in extending our military involvement in Libya – the government must honour that responsibility. It has to explain its strategy.

“As a priority, Michael Fallon must come to parliament and inform us about this action – and future strategies in Libya.”

Fallon confirmed to The Telegraph that: “I personally authorised the US use of our bases” for use in the bombing operation.

Libya, which is now a failed state divided by civil war factions following the overthrow of Gaddafi in 2011, has seen various armed militias and extremists take hold in the power vacuum.

Prior to the invasion, Gaddafi’s regime was a key partner in UK arms and oil sales.

Stop the War, which campaigns against military intervention, condemned the latest attack.

“Fifteen years after the start of the catastrophic War on Terror, attack still seems to be the only foreign policy Washington can manage in the region,” a spokesperson said. “The last assault on Libya in 2011 left 40,000 dead and a failed state which fast became a haven for terrorists.”

“Libya is in ruins and ungoverned. Thousands of its people have fled in despair. The last thing it needs is another aerial onslaught from a superpower claiming the right, in defence secretary Ash Carter’s words, ‘to keep open the option of doing things unilaterally’. In just one city, Sabratha, the mayor claims 41 people have lost their lives today [19 February] for that right.”

The breakdown in Libyan governance has contributed to the drowing of thousands of refugees in the Mediterranean sea, as the country’s coastline has become a key port for those fleeing war.