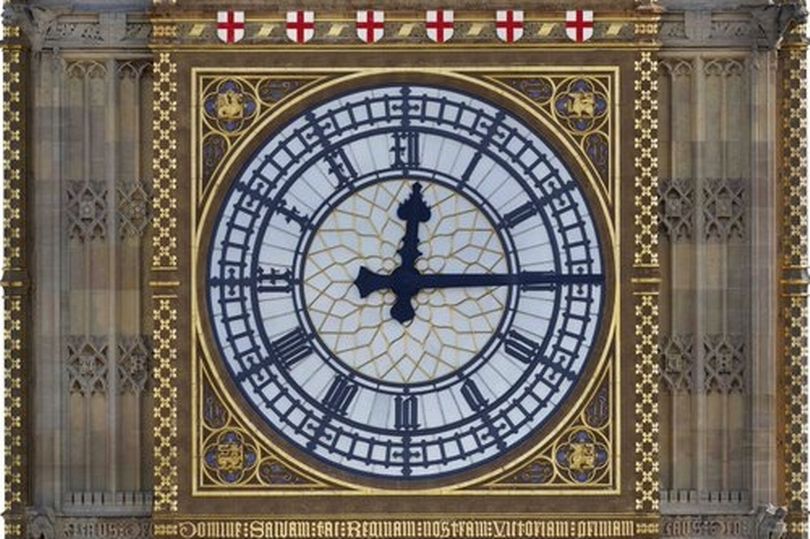 Changes were revealed hours before England’s semi-final World Cup match, though a spokesperson said this was coincidental

A UK PARLIAMENT spokesperson has denied that the addition of the St George’s Cross in a repainting of Big Ben is a snub to the other nations of the UK.

Big Ben is an iconic part of the UK Parliament which includes political representation from England, Scotland, Wales and Northern Ireland. Previously the coat of arms was painted black and gold, but the return to the colours of St George’s Cross – the original colours used in 1859 by designer Charles Barry – means only the English flag is represented on the building.

The Elizabeth Tower is adorned with a range of emblems including the #TudorRose #Leek #Thistle #Shamrock #FleurDeLis #Portcullis and…the #burstingPomegranate pic.twitter.com/nwGo3uEbvJ

Pat Kane, musician and prominent Yes activist, told CommonSpace that it was to be welcomed that the UK Parliament was embracing its Englishness, but that Scotland clearly had to take its own path.

He said: “The rise of the St. George’s Cross, as a symbol of English nationality, should be welcomed by genuine Scottish independence supporters. Whether at the top of Big Ben, or plastered on the faces of devout Muslim Brummies, it’s a sign that Englishness is also beginning to escape the imperial bullshit of “Great Britain” (Scotland of course, being somewhat further down that road).

“Of course, the best way that Scotland can help is to vote for and achieve independence, kicking away the last tattered rags of constitutional Britain. Then it may well be a ‘Confederal’ or ‘Connected Kingdom’, rather than a risibly ‘United’ one. This will give the space for a healthy, diverse and plural English identity to emerge.

“As an English Literature and Language grad from Glasgow University, I will exult if English life goes through the same cultural and civic renaissance as Scotland did over the last 30 to 40 years. But Scots have to play our part. And luckily, that means taking the last final stage to full Scottish sovereignty. Let’s see if we can do that.”

The repainting of Big Ben, formally known as Elizabeth Tower, was revealed on the day of England’s World Cup semi-final contest against Croatia, although a UK Parliament spokesperson said it was coincidental.

The changes are part of a major conservation project of Big Ben, which has already cost twice as much as the original estimate at £61m.

Tom Brake MP, spokesperson for the House of Commons Commission, said: “The Elizabeth Tower is a symbol of the UK’s democratic heritage and I’m thrilled to see these vital restoration works return the clock tower to its former glory.”

Adam Watrobski, the parliament’s principal architect, who was responsible for the repainting, said: “As part of the major repair and conservation of the Elizabeth Tower, we have carried out extensive research into the original decorative scheme for the clock faces and the adjacent areas. Using historic paint analysis and references including Barry’s original design watercolour, contemporary illustrations and archival photographs, we have recreated the original colour scheme.

“The dials and clock hands are Prussian blue and gold and the adjacent areas make use of the red, white and blue colours of the Union flag, along with the detail colours used for heraldic shields for each part of the United Kingdom. The existing gilded areas closely match those that were gilded and these have not changed significantly during the life of the Tower.

“This will very much be the crowning glory of this important project and will certainly serve to reinforce the symbolism of the Tower in its international representation of the United Kingdom.”