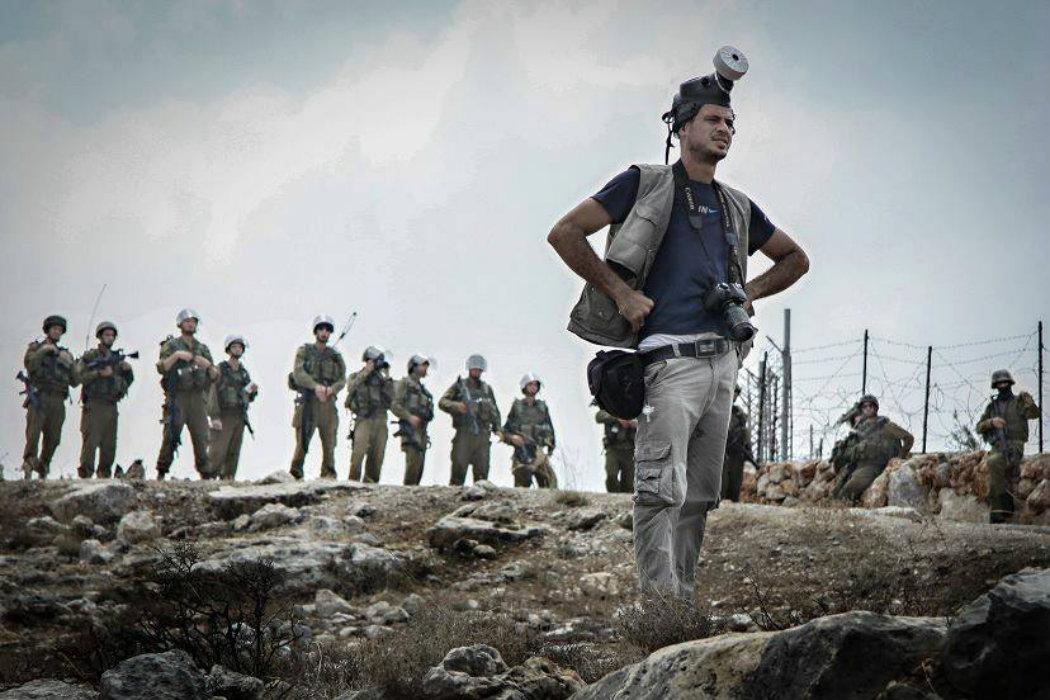 A PHOTOGRAPHER planning to take part in the Edinburgh Fringe has been refused entry to the UK by visa and migration authorities.

Hamdi Aburahma was set to speak at a photography exhibition on 23 August as part of a crowd funded celebration of links between Scotland and Palestine.

Aburahma, reacting to his rejection from UK Visas and Immigration, said: “After more than three months of organising and planning for my trip to the UK on a speaking tour of England and Scotland to participate in this year’s Edinburgh Fringe Festival my application for a visa has been refused.

“The major arts festival invited me to show my photographs which represent the non-violent resistance and my talk about Palestinian life to the British audience. The UK Government refused to give me a visa today and the reason for refusal was that I didn’t show any bank statements or documentation to demonstrate my ability to support myself during my visit.

“Despite sending complete evidence of the sponsorship provided to fund my trip and all contact details of my sponsors proving that all my travel and accommodation costs have been met they still refused my application.

“I have travelled extensively in order to tell the Palestinian story through my photographs but the UK is the first country that has refused me entry for a ridiculous and unfounded reason.”

‘Palestine Day’ brought together 12 artists to share their work. Playwright David Greig launched the project last year and received thousands of pounds in public donations to support travel and expenses costs for the participants.

Speaking to CommonSpace, Greig confirmed that there were no financial barriers for Aburahma’s visit.

“There’s no question that he was covered for this trip. Everything was covered. The effect of a cumulative set of decisions are to make it hard for Palestinians to come and show their art in Britain,” he said.

“I personally think the issue of visas, especially during the Edinburgh festival needs extra attention. I would call on the Scottish Government to place attention on this important issue.”

Travel from Palestine, especially from the blockaded settlement of Gaza, is challenging due to a range of military and diplomatic obstacles enforced by the Israeli Government.

Aburahma placed the blame for his visa rejection on the UK government’s close relationship with Israel: “We all know the real reason for this refusal. The UK know very well what my trip is about! I am not going there to claim asylum or beg in the streets. I am going there to educate the British people and pose some questions.

“Have you ever asked Israel why they kill and murder innocent men, women and children in Palestine? Do you know why Israel occupies Palestinian land illegally and destroy our homes? Why they allow colonial settlers to move in to our homes illegally against international law?”

International condemnation towards the Israeli government rose following ‘Operation Protective Edge’, which resulted in the deaths of hundreds of Palestinian children.

The UK Visa Bureau did not respond to requests for comment.