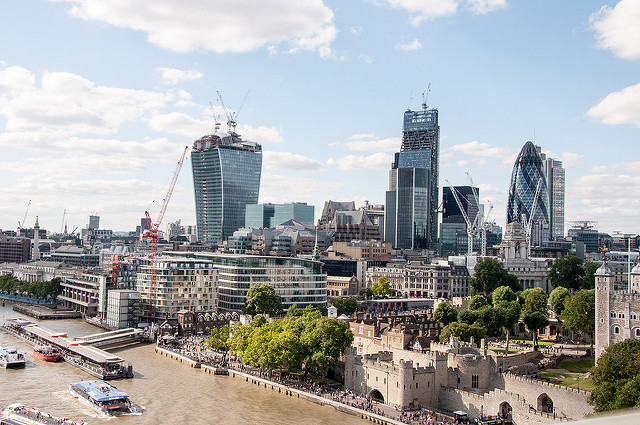 New figures suggest that the UK’s structural weaknesses, including regional inequality and financial dominance are worsening as Brexit chaos impacts the economy.

A NEW report by the Price Waterhouse Cooper business group shows that London is the fastest growing region in the UK, and that Scotland’s housing market struggling.

Reaffirmed finance and the service sector as the most dynamic, with manufacturing and construction continuing to face difficulties.

The report also found that recession was “certainly possible” for the whole of the UK.

PwC Scottish regional chairman Lindsay Gardiner said: “While some may see concern at the fact Scotland and Northern Ireland are at the bottom in terms of GDP improvement, there is actually very little separating most of the UK.

“Where concerns should perhaps be focused is around wage growth as many are offsetting limited growth through increased borrowing – which may have a longer term impact via interest rate rises or employment downturn.

“It’s too early to speculate on how the Brexit talks are going to impact growth, however current exchange rates have some offsetting benefits for net exports.”

The UK’s housing market has been prone to extreme fluctuation since the onset of the financial crash in 2007.

The report found some of the most extreme disparities in house price tendencies in Scotland, where it also found that Brexit uncertainty was depressing house prices.

At the same time however, prices have rocketed by 59 per cent in Shetlands.

Responding to the report, head of research for the Common Weal think tank Craig Dalzell said: “This report may well indicate another symptom of the continuing unbalancing of the UK economy towards London and the south of England. As the economies of areas further from London slacken off this reduces demand and, hence, prices in the housing market stagnate or decline.

“There is a long standing idea that ever increasing house prices are always a positive thing but one must remember the negatives as well. People, especially younger folk, who don’t already own capital and whose jobs are becoming increasingly insecure are struggling to save deposits to buy property and are finding harder to keep up with increasing rents. In this respect, a drop in house prices may be required to allow a reprieve from this pressure in the cost of living.”

Common Weal head of policy Ben Wray said: “Obviously there is a rural and urban disparity here. There is different economies going on – whereas in Inverclyde, a solidly working class area, incomes have stagnated since the Great Recession affecting house prices, in Shetlands – which is an attractive place for the wealthy seeking to own estates in the Scottish highlands for leisure and as an appreciating asset – house prices are going through the roof as the rich have continued to get richer.

“This shows the problem of ever growing inequality and a tax and ownership system which incentivises hoarding of land by the wealthy.”

The report predicts that by 2018 the financial sector will be growing by 1.7 per cent, with manufacturing and construction growing by just 1 per cent and 1.2 per cent respectively.