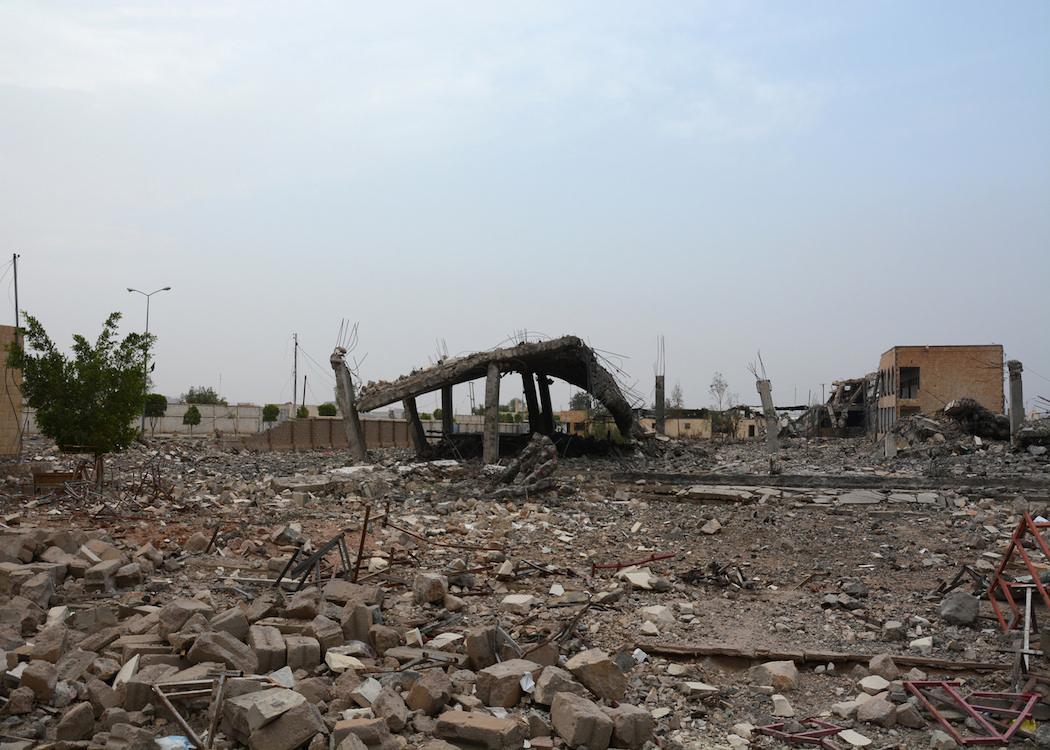 Law firm Leigh Day has announced the prospect of action against the government after it failed to respond to concerns that UK manufactured weapons are being used in the bombing of schools and the killing of civilians.

A successful legal action would seek to end the sale of weapons to the abusive Saudi Arabian regime, notorious for its beheadings, wars, and crushing of political dissent.

Legal advisers inside the government previously warned that it was “not at all clear” that the weapons sales followed global humanitarian law.

The ongoing Saudi bombing of Yemen has included attacks on schools and deliberately targeted civilians . 21 million people in Yemen require emergency aid as the blockade and war continues.

The UK Government arms Saudi Arabia and has military personnel stationed in the Gulf dictatorship.

Rosa Curling from the human rights team at Leigh Day said: “If there is a risk that arms from the UK could be used to commit serious breaches of international humanitarian law, and human rights law, then export licenses for these materials must be suspended immediately. If this is not done, we believe the Government’s current decision to keep supplying Saudi Arabia is unlawful.”

The firm is representing the Campaign Against the Arms Trade (CAAT) in the case, which has spent decades exposing UK arms sales to human rights abusing states.

Andrew Smith of CAAT said: “UK fighter jets and UK bombs have been central to the humanitarian catastrophe being unleashed on the people of Yemen. Thousands have died and essential infrastructure, including hospitals, has been destroyed.

“The UK has continued to support air strikes and provide arms, despite strong evidence that war crimes are being committed. The Saudi regime has an appalling human rights record at home and abroad and these arms sales should never have been approved in the first place.”

A recent report found that the UK is the world’s second largest arms exporter , with the majority of weapons sold to the volatile Middle Eastern region.

The UK currently faces a probe from the International Criminal Court into hundreds of pages of evidence relating to cases of war crimes committed by UK troops in Iraq.

These arms sales have links to genocides, massacres and international law abuses in numerous countries including East Timor, Palestine, Egypt, Libya and elsewhere.

In August Stephen O’Brien, the under-secretary general for humanitarian affairs and emergency relief coordinator of the UN Office of Coordination of Humanitarian Affairs, concluded that the Yemen “attacks are in clear contravention of international humanitarian law”.

In October the director of Doctors Without Borders said that the bombing of its hospital aid services represented a “war crime”.

SNP MP Tasmina Ahmed-Sheikh pressed the government on the issue. She said: “This legal opinion raises significant questions for the government. Today the Minister for International Development evaded the issue under my questioning in the House of Commons, but it’s clear that they cannot hide from these serious questions for much longer.

“Tory Ministers should halt arms sales to Saudi Arabia immediately and come clean on these deals, so that parliament can hold them to account. They must not prevent or delay a full enquiry into these most serious of allegations.”

In response the government defended the arms sales, claiming the UK has “the toughest standards for the export of weapons.”

The global campaign for arms control said the UK Government has broken the law .