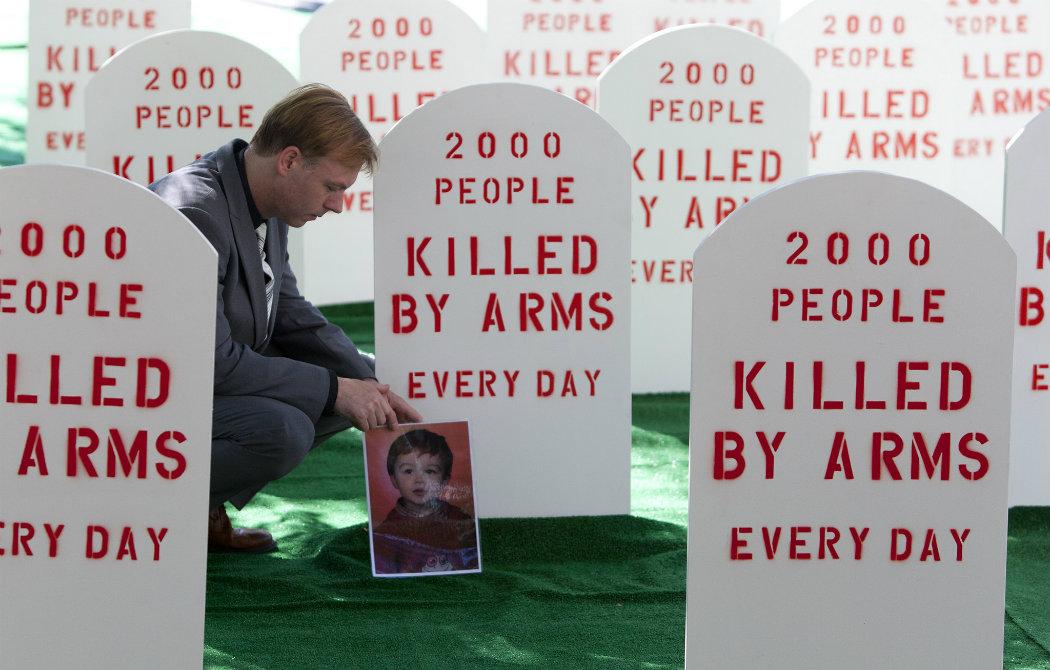 THE UK Government is continuing to place arms companies ahead of global human rights, as a new report revealed that over PS5bn of arms licenses were granted to countries with poor human rights records in the report for 2013/14.

The annual review of arms sales by the Committees on Arms Export Controls (CAEC) said that the government granted 28 different states a total of 3,298 export licenses. Many of the countries on the list are described as having concerning human rights records by the UK Foreign Office. (Click here to read more)

Saudi Arabia, which carries out beheading and repression of women, is a significant arms recipient.

Arms deals were sold to ongoing war zones including Syria and Libya. Both sides of the Eastern European conflict – Ukraine and Russia – secured arms deals from the UK.

The state of Israel, which prompted an international outcry when the latest bombing of Palestine killed over 500 children, also received military aircraft components and “targeting equipment” from the UK.

The report by the committee of MPs stated that the UK Government was hypocritical to promote arms exports while claiming to support human rights.

“The government would do well to acknowledge that there is an inherent conflict between strongly promoting arms exports to authoritarian regimes whilst strongly criticising their lack of human rights at the same time,” the report said.

Andrew Smith of Campaign Against Arms Trade (CAAT) said: “The government has an ethical choice to make. Will it promote human rights and democracy, or will it continue pushing arms sales to some of the most repressive regimes in the world?

“These are all countries with terrible human rights records, and yet they are being courted for arms sales. Bahrain in particular also appears on the government’s own list of ‘priority markets’ for arms sales.

“How likely is the UK to act against human rights violations in these countries when it is also profiting from them?”

CAAT accused the arms dealers of complicity in the repression of innocent people across the world.

Military forces in Syria, Saudi Arabia and Bahrain have repeatedly been used to crush pro-democracy protestors. The Syrian government is accused of war crimes, as tens of thousands of people have died during the ongoing civil war.

Russia, which has been held up as a bogeyman by UK politicians, was sold components for military helicopters, arms ammunition and arms technology software from the UK.

The CAEC committee has asked for the UK Government to clarify this case, and whether UK arms exports have been used in the Ukrainian conflict.

Smith from CAAT added: “There is compelling evidence [in the report] that UK weapons have been used for repression in Egypt, Hong Kong, Bahrain and Kuwait, as well as against the people of Gaza. The only reason we know this is because of the brave work of activists and journalists, yet the government’s response has been business as usual.”

The UK Government promotes arms sales to repressive regimes through its sponsorship and facilitation of arms fairs such as the DSEI, which will be happening in East London this September.

The UK Government did previously suspend 248 arms licences to Russia worth PS169m.

The Scottish Government has been critical of Westminster’s approach, and called for business deals to seriously consider human rights issues.

Last August Humza Yousaf, Minister for Europe and External Affairs, called for an immediate arms embargo on Israel, due to concerns that the Israeli bombing of Gaza had breached international law. (Click here to read more).

First Minister Nicola Sturgeon previously told CommonSpace that arms policy reform would be an areas where SNP MPs would seek to “wield influence”.