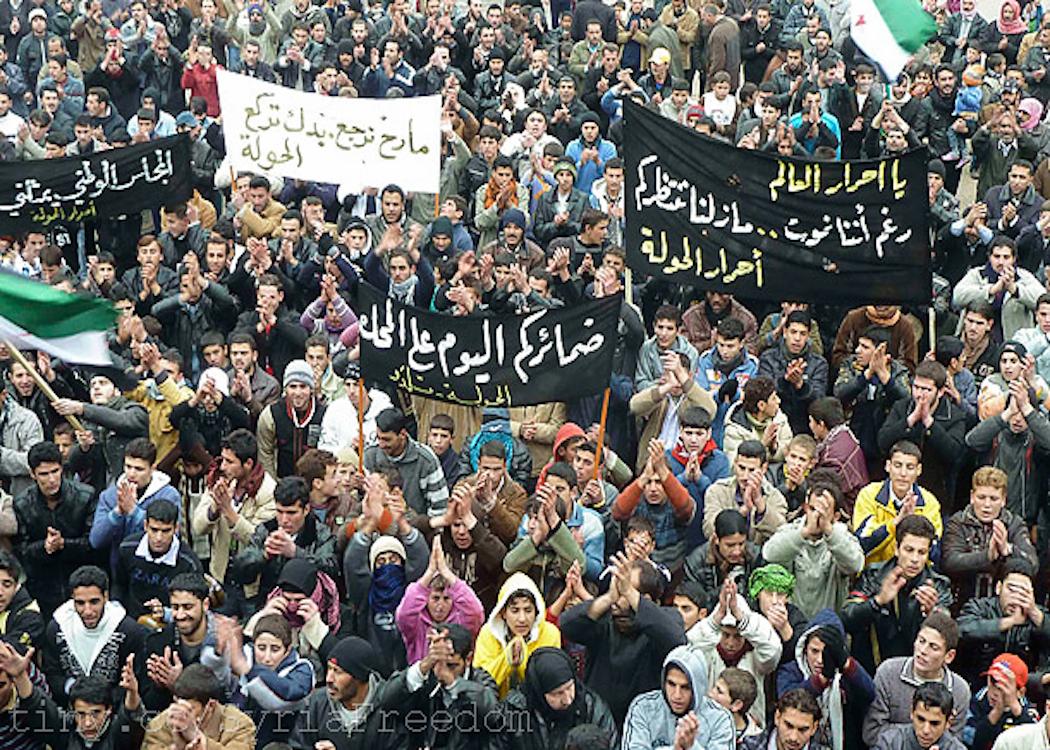 UK BOMBINGS in Syria risk intensifying military chaos and strengthening terrorism, according to a group of Syrian peace organisations in a letter to Prime Minister David Cameron.

Warning against a rush to further airstrikes in Syria – which began over 15 months ago – seven UK Syrian organisations instead want a diplomatic solution between the Syrian government and anti-Assad forces to provide the strategic opportunity to defeat Daesh (Islamic State) extremism.

The letter marks the beginning of an intense week of political pressure on the government and opposition ahead of a planned vote on military intervention in Syria.

Following Cameron presenting his case for war in parliament yesterday [Thursday 26 November] the groups wrote : “As Syrians residents in the UK we have watched the rise of Daesh with greater horror than many others in the world. That is because it is our people in Syria who are on the front lines of Daesh’s brutality. It is in the central square of our beloved city Raqqa that Daesh displays the severed heads of Syrian civilians and claims its capital.

“We want more than anyone to be freed of Daesh and so we welcome international commitment to rid the world of this disease. But simply bombing Daesh will not defeat them. If anything it will make them stronger.

“That is because the growth of Daesh is a symptom of Assad’s indiscriminate killing of civilians. There was no Daesh in 2011 when Syrians rose up peacefully against Bashar al-Assad to demand their dignity and their rights, only to have the regime use its full military might to crush them. As the violence and destruction increased, Daesh slipped across the border from Iraq, and like a parasite established itself in the rubble of Syria’s barrel bombed towns.”

MPs of all major parties raised concerns over what ground forces would provide support for any UK bombing campaign. With ‘Free Syrian Army’ forces split into factions and entrenched in warfare with Assad, attacks on Daesh risk radicalising more civilians and leading to land grabs by other extremist groups.

Other unanswered questions from the debate in parliament related to how long any bombing campaign would last, the number of civilian casualties, how a ceasefire would be agreed, how to avoid ‘mission creep’, how to end Turkish bombing of anti-dawsh Kurdish forces, as well as the conflicting interests of Assad, Russia, Saudi Arabia, Iran and America in the war.

The peace campaigners want Cameron to prioritise the Vienna talks on a ceasefire to end the bombing of civilian areas by Assad.

The letter argued: “We are urging you prime minister to prioritise the resolution of the conflict in Syria over the bombing of Raqqa. It is simply not possible to defeat Daesh while Assad maintains his grip on power and keeps the war burning and refugees pouring over the borders. Once the indiscriminate attacks stop you will see how.”

A protest by Stop the War is planned outside Downing Street on Saturday 28 November. Labour membership group Momentum are lobbying party MPs to oppose the war. Members of Jeremy Corbyn’s shadow cabinet have threatened to resign if the Labour leadership is required to oppose a bombing campaign.

David Cameron lost a 2013 vote on airstrikes against the Syrian government, and once again faces the threat of a Tory rebellion.

The signatures to the letter were: