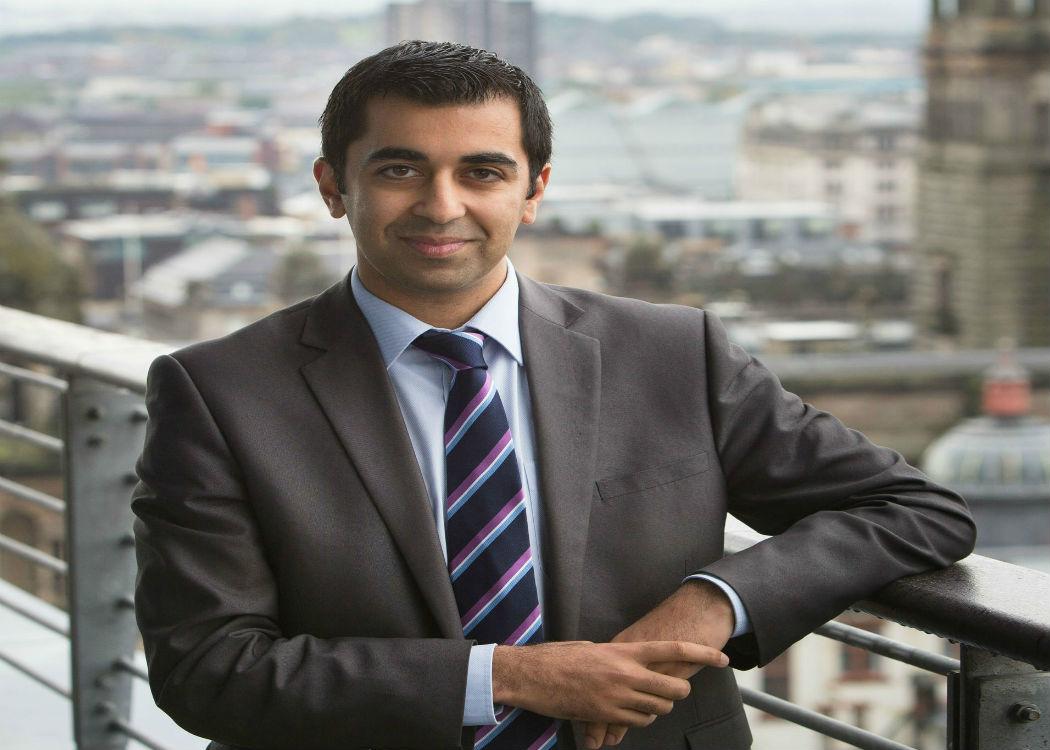 DAVID Coburn, Ukip MEP for Scotland, has apologised for his remark referring to SNP minister Humza Yousaf as Abu Hamza, a radical preacher convicted in the US for supporting terrorism, saying it was “a stupid thing to say”.

Coburn told the BBC: “I’ve apologised profusely for it. It was a stupid thing to say. It was an inappropriate joke.”

Yousaf, Scotland’s first muslim minister, has called on Ukip leader Nigel Farage to kick Coburn out of the party for the comment, which he described as “islamophobic” and “among the worst racial slurs” he had ever received.

He is is also consulting lawyers about whether Coburn may have breached race discrimination laws, and has called on the European Parliament to discipline the MEP.

The other five MEPs in Scotland have backed Yousaf’s call for the European Parliament to take action, and a spokesperson for the EU Parliament president, Martin Schulz, said: “The president strongly condemns unacceptable comments of this sort, which are not worthy of any elected member.”

The spokesperson added that Schulz had no power to take action against MEPs’ actions outside parliament, but if a legal action was taken in the country in question it would be possible for a request to be made to the EU’s legal affairs committee to withdraw Coburn’s parliamentary immunity.

“I would assume that in this case, if such a request was to come, then his immunity would be lifted,” Coburn added.

Farage told the BBC that he had not spoken to Coburn about the issue, but said: “I can only guess he is either saying he’s a terrorist, or is telling a joke in poor taste, and I suspect it’s probably the latter.

Asked whether he’d be kicking Coburn out of Ukip, Farage said: “Well, people do make mistakes, and I don’t think David Coburn should have done that, but am I going to get terribly exercised over it – no.”

Stewart McDonald, an SNP member in the Southside of Glasgow, wrote for Bella Caledonia (click here to read more) saying that in light of Coburn’s comments the muslim community in Scotland needs to be defended by people from all backgrounds. He said that as “an openly gay man” he wanted to offer “a message of solidarity to the muslims of Scotland who are continuously subjected to lies, hatred, racism and Islamophobia”.

McDonald added that his experience of the muslim community was one of “a genuine desire to rid our society of those who would seek to divide us”.

“In fact when I proposed a motion for national conference to my local SNP branch on removing the gay blood ban, it was our vice-chair, himself a muslim, who seconded that motion to go to conference,” McDonald added.

CommonSpace reported on Tuesday (click here to read more) on the launch of a new campaign led by Jean Urquhart, independent MSP, to oppose xenophobia and racism in Scotland. Called #notmyxenophobia, the campaign will seek to stand up for the social and economic benefits of migration to Scotland.