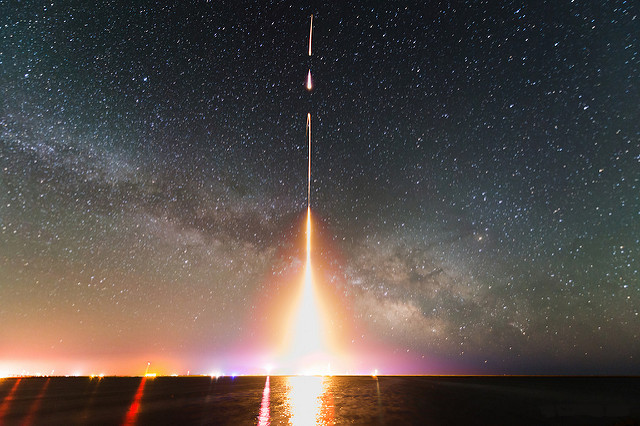 DR PHILIPPA WHITFORD, SNP MP for Central Ayrshire, has highlighted the “enormous potential” of Scotland’s growing space industry ahead of Commons debate on the bill to create the first spaceport in Britain.

Whitford sits on the Westminster All-Party Parliamentary Space Committee and aims to use Monday’s debate on the Space Industry Bill to call attention to Scotland’s role in the sector.

Three of the areas currently being considered as launch sites are in Scotland: Machrihanish, Sutherland, and Prestwick, based in Whitford’s own constituency.

READ MORE: Five surprising reasons why Scotland really can aim for the stars with its space industry

Speaking in advance of the debate, Whitford said: “When I first joined the Westminster All-Party Parliamentary Space Committee, Prestwick was considered a rank outsider but with its long runway, fog free weather, good transport connections and local aerospace cluster, Prestwick is now one of the leading contenders to be the first spaceport in the UK.

“Launches are currently carried out from Kazakhstan, so having easy launch access from a spaceport in Scotland would benefit not just Scotland but the commercial satellite industry right across the UK.”

Whitford said that the space sector was a “flourishing and vital new industry in Scotland”, noting that 18 per cent of jobs in the UK space industry – which now has a turnover of £14bn – are based in Scotland, while Glasgow has built more satellites than any other city in Europe over the last two years.

Earlier this year, pro-independence think-and-do tank Common Weal published a report written by electrical design engineer Craig Berry as part of its whitepaper series which outlined how a Scottish Space Agency and spaceport could make an independent Scotland a world leader in the space sector.

Whitford said she was “looking forward to a constructive debate with all parties” as the bill, which will create the regulatory framework needed to develop commercial space opportunities, progresses through parliament.

She added: “I have been promoting Scotland’s enormous potential in the space industry since being elected.

“More than 100 private and public organisations have created almost 7,000 jobs in this industry and are contributing more than £130m to the Scottish economy.”