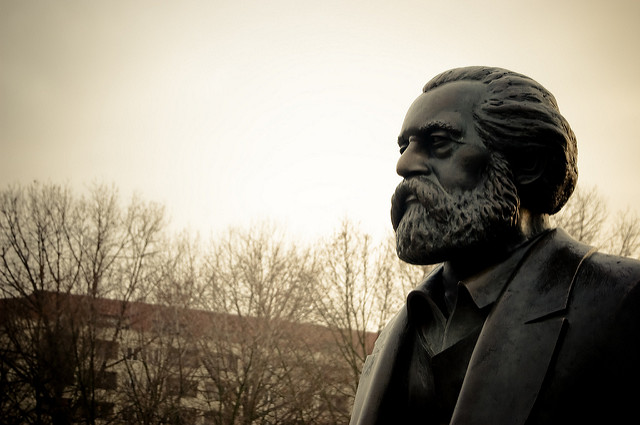 Following a vote on potential UN responses to the suspected use of chemical weapons in Syria, UK ambassador Karen Pierce said Karl Marx “must be turning in his grave”

COMMONSPACE can report, to the surprise of no one but the UK’s ambassador to the United Nations Karen Pierce, that the Soviet Union has fallen and Russia is no longer a communist state.

Following an unproductive meeting of the UN Security Council in New York on Tuesday, 10 April, at which three draft resolutions – two from Russia and one from the United States – were defeated by veto, Pierce stated: “In respect of Karl Marx, I think he must be turning in his grave to see what the country that was founded on many of his precepts is doing.”

Widespread response on social media expressed both surprise and amusement that Pierce was unaware of the fact that Russia is no longer governed on Marxist precepts. At the time of writing, it remains unclear whether Pierce is aware that the Berlin Wall fell in 1989, and the Soviet Union itself dissolved in 1991, both instances having been widely reported in the media at the time.

UK Amb. to the UN, @KarenPierceUN:

– “With respect to Karl #Marx, I think he must be turning in his grave to see what has become of his country… in its defense of the use of chemical weapons against the innocent.”

If #Russia wants a criminal investigation we can refer to ICC.” pic.twitter.com/tPmAbjfJ4B

Responding to Pierce’s remarks, English political journalist Aaron Bastani wrote on Twitter: “There aren’t really words to describe how rapidly Britain’s diplomats look shambolic to the rest of the world. This is Mickey Mouse stuff.”

Russia’s conversion to capitalism – which, political scholars have observed, Karl Marx was not in favour of – was conducted via the application of economic ‘shock therapy’, which between 1990 and 1999, saw a reported 3,352,000 excess deaths throughout the Russian territory. Those that survived were generally aware of this fact.

Pierce aroused further confusion with her apparent contention that the nation of Russia was “founded on many of his precepts”, given that the first Eastern Slavic states originated in the 9th century, and the first Tsardom of Russia was established in 1547. As historians have noted, Karl was born in 1818, and died in 1883, 34 years before the Russian Revolution which brought about Bolshevik rule.

At the time of writing, the ghost of Karl Marx was unavailable for comment.