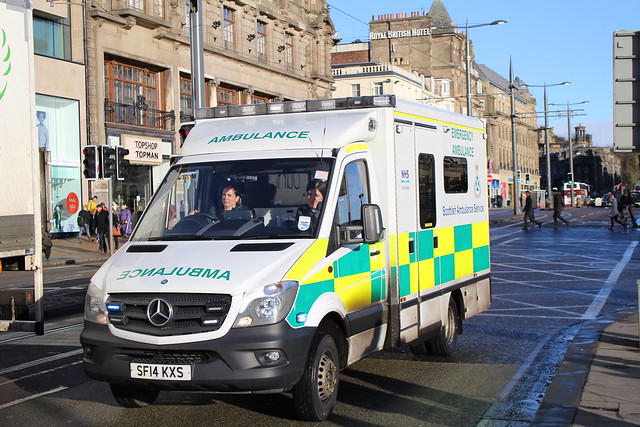 THE delayed opening of Edinburgh’s Royal Hospital for Children and Young People is “a symptom of a failed economic model,” Scottish Green co-leader Patrick Harvie has argued, highlighting the institution’s roots in a controversial private finance infrastructure model.

While the hospital was originally due to open in July, it was delayed after its ventilation system failed to meet national standards during its final safety check. Since then, its facilities have remained unused, with no indication as to when the hospital will be open to patients. As NHS Lothian have already taken over the building from IHSL, the private consortium which built it, the health has been paying IHSL approximately £1.4 million per month since February for a hospital which cannot yet be used.

While the new hospital’s original building costs came to roughly £150 million, some reports have estimated that its full price over the coming 25 years, including maintenance and management fees, may reach as high as £432 million.

The ongoing controversy has led to renewed focus on to Non-Profit Distributing (NPD) system, the Scottish Government’s variant on much-criticised private financing models such as PFI.

These models – originally introduced by Labour and supported by the Conservatives – were originally touted as an effective means of keeping debt off public balance sheets, but have grown notorious due to the cost accrued in annually adjusted interest payments.

“We warned that these contracts would mean the private consortia wouldn’t take responsibility for faults and delays, and that the taxpayer would pay through the nose.” Scottish Green co-convener Patrick Harvie

The NPD model, introduced by the SNP, was intended to cap profits, but have continued to attract criticism from opponents of private finance.

Commenting, Patrick Harvie MSP said: “We don’t yet know when this new hospital will open, but meanwhile the financial institutions who built it are making £1.4m a month at the expense of our NHS.

“When Labour introduced PFI we warned them this kind of thing was likely. The SNP said they’d scrap it, but this shows they just rebranded it.

“We warned that these contracts would mean the private consortia wouldn’t take responsibility for faults and delays, and that the taxpayer would pay through the nose.

“The SNP have done the same through their NPD model, saddling councils and health boards with unethical debt.”

Harvie continued: “Look at the Edinburgh schools scandal in 2017. Around ten per cent of councils’ schools’ budgets go on these contracts.

“The other parties need to wake up and look at the evidence. Private finance is unsustainable, unethical and makes no financial sense. It is a symptom of a failed economic model and should have no place in a progressive, equal Scotland.”

“We are in a situation where simply getting the drainage, water supply and ventilation right is vanishingly-unimportant to the exploitation of the river of money we pour their way.” Architect Malcolm Fraser

The financial model behind the unused hospital was also criticised by the noted Scottish architect Malcolm Fraser, who warned that the new Sick Kids was further proof that hospitals and schools in Scotland suffer from “a concentration on vast, complex, legal processes that enrich the bankers that own them and the lawyers and accountants that advise them.”

Speaking to CommonSpace, Fraser said: “we are in a situation where simply getting the drainage, water supply and ventilation right is vanishingly-unimportant to the exploitation of the river of money we pour their way.”

Fraser added that the delayed hospital highlighted “the primary question of ownership: we have, in Scotland, a non-profit-distributing system we might call PPP-lite. A little better, it is still owned by the bankers. Commissioned by government, on behalf of the people, it would be owned by them [and be] much, much cheaper (government borrowing being vastly cheaper than private)… and we could concentrate on getting the drains right, as well as putting light, fresh air and views at the heart of the process.”

Also commented, Common Weal director Robin McAlpine told CommonSpace: “Scotland has now been subjected to three different governments with three different versions of private finance schemes for public infrastructure – a Tory one, a Labour one and an SNP one. In every case, there has been a mountain of subsequent analysis and investigation showing that we have been ripped off financially and that the quality of the building has often been substandard and sometimes outright dangerous and not fit for purpose.

“And yet, despite 25 years’ worth of scandal, still governments appear to be in cahoots with the wealthy financiers and multinational building corporations who run this system, blocking reform and protecting the constant flow of taxpayer money into the financier’s pockets.

“The official policy of the SNP is to adopt Common Weal’s proposal for a Scottish National Infrastructure Company that focusses on building public infrastructure for the public good with quality and longevity at the heart of all building. Party members must now press the Scottish Government to stop dragging its feet over reform and end this failed system once and for all.”