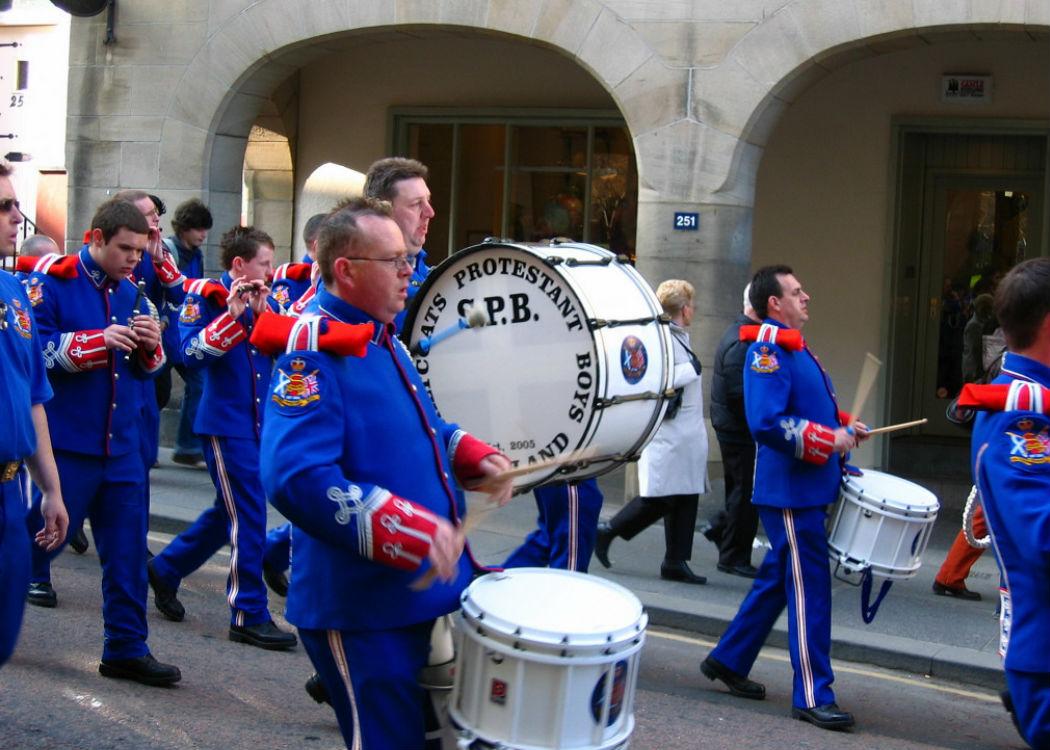 OFFICIAL spending returns for the independence referendum have revealed that the Orange Order paid a Holocaust sceptic to help defend the union.

McConachie was Ukip’s Scottish organiser from 1999-2001 but was banned in 2001 for disputing that Nazis used gas chambers to kill Jews during the Holocaust.

In an email to Ukip members, he said: “I don’t accept that gas chambers were used to execute Jews for the simple fact there is no direct physical evidence to show that such gas chambers ever existed… there are no photographs or films of execution gas chambers….

“Alleged eyewitness accounts are revealed as false or highly exaggerated.”

He was expelled from Ukip for a year after which the party refused to renew his membership.

Writing in 2007, McConnachie insisted that he was not a Holocaust denier but added he still had doubts about gas chambers.

The Electoral Commission figures show that McConnachie invoiced the Orange Order for four months’ worth of work on social media, charging it PS480 a month from June to September, a total of PS1,920.

McConnachie was also paid PS225 for flags, two days before the Order organised a march through Edinburgh in support of the union.

Kirsten Oswald, the SNP general election candidate for East Renfrewshire, told the Sunday Herald: “This person was officially registered with the Electoral Commission as a No campaign supporter – as was the Orange Order – and it is disgusting that he denies the existence of the gas chambers.

“His sickening views have long been in the public domain, and the Orange Order must explain this matter for themselves.”