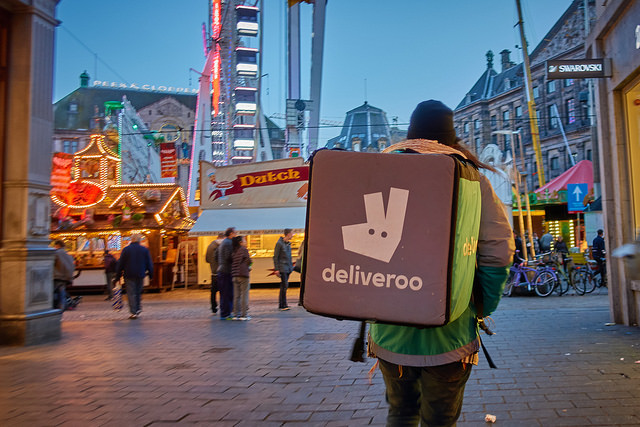 THE UK GOVERNMENT’S review of modern employment practices has been roundly panned by unions and opposition parties as “weak” and not offering strong enough protections for workers.

The review,  headed by former adviser to Tony Blair Matthew Taylor, places a new category of employment status at the heart of attempts to curb the worse excesses of the so called gig economy, which sees people work on a one off or limited basis, often without guarantees of pay or basic rights.

The Taylor review recommends a new status of employee, so called ‘dependent contractors’, who will work for new companies like Uber and Deliveroo, companies which until now have operated on the basis that their workers are self employed and therefore not entitled to some basic employee rights.

Unions, whilst welcoming that some of the hardships faced by workers in the modern economy are recognised in the report, have said this is a dangerous and unnecessary concession to powerful business interests.

Tim Dawson, National Union of Journalists president, said: “Matthew Taylor’s report leaves unanswered the central issues raised by his own inquiry. He makes the right sympathetic noises, but his recommendations fall short of providing basic rights to all those workers who need them.

“By suggesting a new (or renamed) category of worker, that of ‘dependent contractor’ , Taylor is adding to pre-existing problems. The term ‘contractor’ is routinely abused by employers who seek to avoid their responsibilities to their staff and to deny them rights and protections. We do not need another category.

“Instead, the government should be making it more difficult for employers to treat workers shabbily by dispensing with such distinctions as ‘employ’, ‘worker’ ‘contractor’. Legislation is required to provide basic rights and protections to all workers who are dependent upon one employer for their livelihoods.

“Most important of all, dependent workers should have a statutory right to be represented by a trade union for collective bargaining purposes.”

“By suggesting a new (or renamed) category of worker, that of ‘dependent contractor’ , Taylor is adding to pre-existing problems. The term ‘contractor’ is routinely abused by employers who seek to avoid their responsibilities to their staff and to deny them rights and protections. We do not need another category.” Tim Dawson, NUJ

Recent months have seen repeated clashes between precariously employed workers, particualrly in the service sector, and bosses. In Scotland, groups like Better than Zero have won successive victories against employers who force staff to pay for uniforms, take tips and dock pay for being late by minutes.

The perils of the gig economy were underlined in recent days when employers turned away staff without pay after a Glasgow Green Day concert was cancelled.

SNP MP Chris Stephens said: “Today’s response to the Taylor review from the UK government tells us everything we need to know about their approach to workers’ rights—a weak set of proposals and a set of talking points that leaves the balance of power with employers and big business.

“The report falls shamefully short in tackling and addressing the real issues facing those in insecure employment. Where was the guarantee that all workers should be entitled to a minimum wage that they can live on?

“Where was the overdue repeal of the highly damaging Trade Union Bill? The SNP stand firm in the position to ban exploitative zero hour contracts.

“Flexible working has its place but should not be used to create vulnerability or exploitation – it must work in the interests of employees.”

However it also says that new regulations are not required for many changes in working conditions and culture.

Business for Scotland CEO Gordon MacIntyre-Kemp said: “Real jobs don’t exist in what you might call the Deliveroo economy. Sometimes people have two or three jobs, all without guaranteed income, hours, pensions, training, advancement or hope of ever owning houses, and so we have the ridiculous situation where extremely hard-working people are dependent on housing benefit and child tax credits.

“In Scotland the average wage for young people 18-24 is likely to be less than £11,000 full time and they can’t expect to hit the national average for income until they are well past 30; that just doesn’t work as our entire economic system requires young people to be economically active and generate income tax and NICs at a level that pays for pensions.”