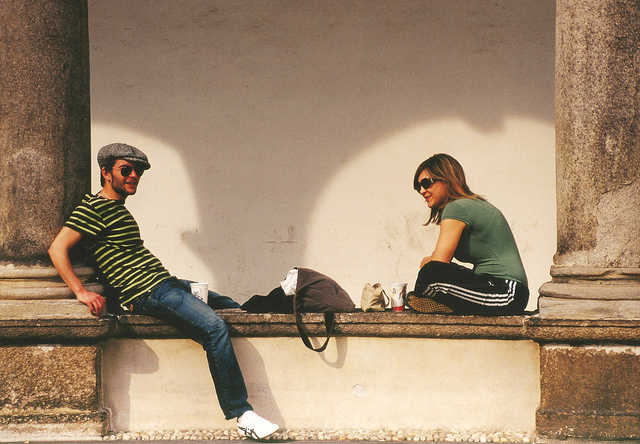 ‘Budget for Better’ calls for increased bursaries, greater mental health support and an increase in the student loan repayment threshold

TRADE UNIONS representing staff and students from Scotland’s universities and colleges have united in their support for improved student support in the upcoming Scottish draft budget.

The Universities and College Union (UCU) Scotland, the Education Institute of Scotland (EIS), and Unison Scotland have rallied behind the ‘Budget for Better’ campaign, organised by the National Union of Students (NUS) Scotland, which follows the release of the Independent Student Support Review.

The campaign calls on the Scottish Government to use the 2017 budget to provide greater investment in bursary support for students to reflect the cost of living while pursuing higher and further education, immediately increase the graduate loan repayment threshold in Scotland, and put in place new, ring-fenced funding to assure a universal standard of mental health support and counselling in Scottish universities and colleges.

Under present arrangements, Scottish students start repaying their student loans once they earn over £17,775, in contrast to England and Wales, where a graduate is required to earn about £25,000 before beginning repayments.

The Independent Student Support Review published earlier this year recommended an increase in the financial support available to full-time students to £8,100, tied to the cost of living. Of the three options for funding such an increase laid out by the Review, NUS Scotland Unison favoured increasing bursaries for the lowest income bracket of students to to £4,050.

Earlier this month, statistics published by the Scottish Liberal Democrats after a series of freedom of information requests revealed that 47,734 Scottish students have made use of university counselling services in the past five years, while an investigation by Tes Scotland indicated that “vast disparities” existed in mental health support currently available to Scottish students.

“It’s absolutely right that the Scottish Government has maintained its commitment to free tuition – but this budget must deliver a step change in the financial and welfare support available to students.” NUS Scotland president Luke Humberstone

Commenting on recent union endorsements for ‘Budget for Better’, NUS Scotland president Luke Humberstone said: “It’s fantastic to get the backing of staff unions in this fight for better support. The current system is broken, and the staff backing our campaign see – day in, day out – the impact that poor financial support and a lack of mental health services have on Scotland’s students.

“It’s absolutely right that the Scottish Government has maintained its commitment to free tuition – but this budget must deliver a step change in the financial and welfare support available to students. The government must now deliver a world leading student support system, to match our world leading education system.”

“Students living in poverty or having to work long hours as well as study has a negative impact on their health and academic prospects.” UCU Scotland president Ann Gow

UCU Scotland president Ann Gow said: “Students living in poverty or having to work long hours as well as study has a negative impact on their health and academic prospects.

“As well as ensuring that our universities are properly and sustainably funded, the budget needs to put in place an improved student support system. That means more and better bursaries so that getting into and succeeding in higher education is based on your ability and not your background.”

EIS General Secretary Larry Flanagan said: “If we are serious about widening access to education, it is essential that our students are supported financially to pursue their studies. The Budget for Better campaign captures this ambition and deserves our support.”

Unison Scotland FE Committee chair Chris Greenshields added: “UNISON support this campaign and has highlighted for some time that across the college sector generally there are no longer enough dedicated staff and no consistency of services due to an ongoing cull of support staff. In an area as important as a student’s mental health cutting corners can lead to very serious consequences.

“Unison has highlighted to the Scottish Government that we need to guarantee a consistency of services and staffing for all students in Scotland and in all of Scotland’s colleges. We should start with mental health support. Students in colleges deserve no less.”