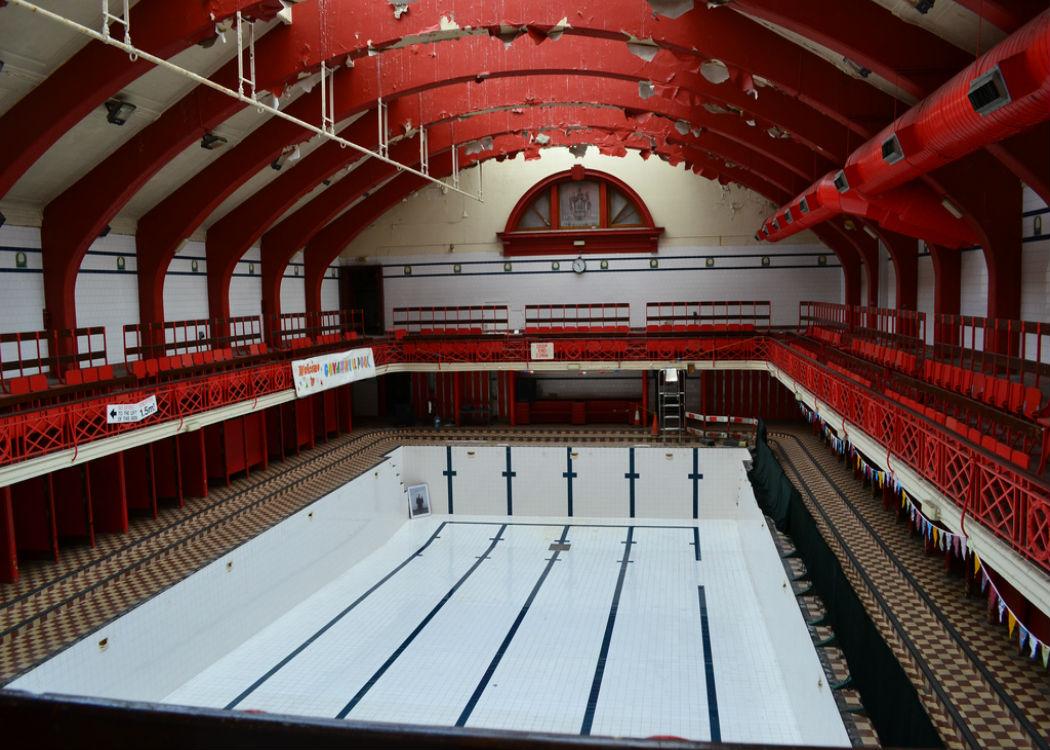 Director: “I want to take it round community campaigns all over the country”

A NEW short film about the 15 year long struggle of the Govanhill community in the southside of Glasgow to stop the closure of their local swimming pool and then get it re-opened as a community facility will premiere on Saturday at the Edinburgh International Film Festival.

It is up for nomination for best short film at the festival, and will then embark on a UK-wide tour, with showings planned to take place at ongoing community struggles from Brighton to Belfast.

The Govanhill baths was closed by Glasgow City Council in 2001 after a six-month long occupation was forcibly broken up by the police, leading to violent clashes between the police and ‘Save Our Pool’ protestors on Calder Street in Govanhill.

The building was then restored and re-opened under community ownership by Govanhill Baths Community Trust (GBCT) in 2012, and now is a well-used community and cultural facility. GBCT still aim to re-open the Baths as a fully-fledged community swimming pool.

The film looks at the story of the baths from the beginning of the Save our Pool campaign through to today, and Fran Higson, director of ‘United we will swim … again’, told CommonSpace that she wanted to make the film as a “good news story” of what can be achieved when a community comes together.

“I think it is an inspirational place and an inspirational story – the community has kept going after the closure and has got the baths opened again,” Higson said. “It’s a story that has a positivity about it – if you keep going, you keep fighting, you have an unwillingness to give up, you can do it.”

Govanhill is the most ethnically diverse community in Scotland, and the film looks at the role the baths played in bring the community together. Higson believes it was one of the great strengths of the campaign.

“I carried out interviews over the course of two years, and I was amazed just speaking to people the affection they had for the place and the amount of people it touched. If you look at the different characters in the film its people from all walks of life, and I think that’s why it was such a great and successful campaign – it involved the whole community,” she said.

The film was made entirely by volunteers through ‘camcorder guerrilas’ – a community based film-making collective in Glasgow – with a little help from crowdfunding. Higson said they were looking for some funding from Creative Scotland to do a Scottish tour of communities with the film.

With five more years of Tory austerity, community facilities will not get off lightly, and Higson wanted to use the film as a “tool” to inspire people to take action.

“I want to take it round community campaigns all over the country,” Higson explained. “We’re showing it at a campaign to save a pool in Oxbridge, a community owned pub in Brighton, Belfast – we think it can prove to be a useful tool, as we know the cuts are only going to continue.”