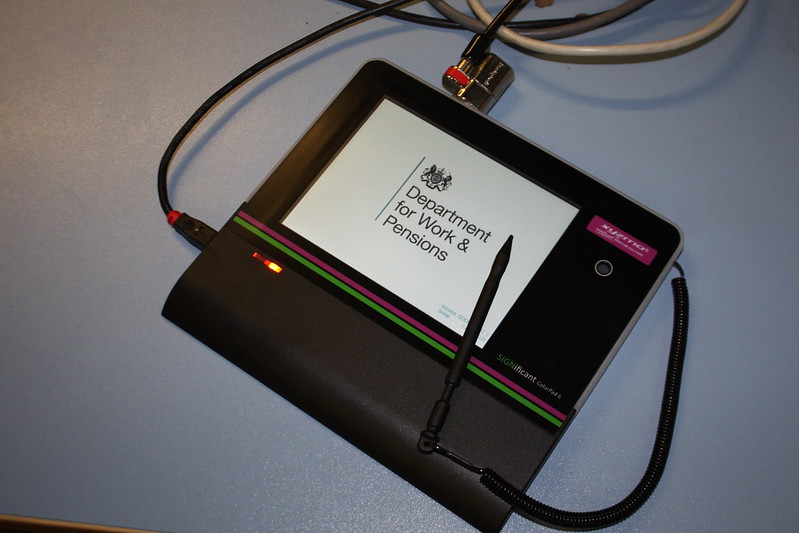 UK Government admits it had no analysis on the poverty impact of UC claimants’ five-week wait, which campaigners argue is “driving destitution and distress”

POVERTY CAMPAIGNERS have renewed calls for an end to the five-week wait endured by Universal Credit claimants after the UK Government admitted it has conducted no analysis on its impact on poverty.

In response to a Freedom of Information request by the Poverty Alliance, the Department of Work and Pensions (DWP) claimed it held no information on the poverty impact of the waiting period.

Fresh claims for Universal Credit are subject to a five-week wait before a claimant receives any payment – a policy campaigners argue is driving growing poverty and destitution.

The DWP also refused to release analysis it had conducted on other aspects of the welfare regime, such as the two-child cap, because government ministers required “private space” to consider and develop policy.

“Good government depends on good decision-making and this needs to be based on the best advice available and a full consideration of all the options without fear of premature disclosure”, the government said in its decision.

Poverty Alliance director Peter Kelly commented: “The five-week wait is driving destitution and distress. It has pulled countless people into poverty and trapped many more who were already struggling.

“It is astonishing that almost a year after then Work and Pensions Secretary Amber Rudd admitted that delays in accessing Universal Credit could have been responsible for rising foodbank use that the UK Government is still not assessing the impact of the wait on the staggering levels of poverty in this country.

“We urgently need to end the wait and increase the level of payments to meet people’s needs. The current policy has no place in a decent society.”

This follows a raft of reports which have warned that the UK welfare system is leaving many unable to meet basic costs and driving food insecurity.

A report in May 2019 by Professor Philip Alston, the United Nations special rapporteur on extreme poverty, found that “ideological” cuts had led to tragic consequences across the UK.

Responding to the criticism, the DWP highlighted the bridging loan available to Universal Credit claimants to cover the five-week wait period.

However, Jackie, a mother of three from Glasgow, said such an advance only forced her into debt, which would then be deducted from her benefit payment.

Jackie said: “For me it felt like we were being starved into getting a job. It doesn’t work like that, though. No human can effectively look for work when their mind is consumed with how to feed their kids and keep them warm.

“Poverty is stressful enough but the five-week wait for Universal Credit is tipping people into crisis. I was already struggling to make ends meet with just enough to put food on the table and make sure immediate bills were paid.

“When people like me qualify for benefits it’s because we desperately need them as an anchor to keep us afloat. If we want to live in a decent society, people need to receive their benefits as soon as their application is granted,” Jackie said.

A DWP spokesperson told CommonSpace:  “People can get paid urgently if they need it and we changed the system so people can receive even more money in the first two weeks than under the old system.

Responding, SNP shadow work and pensions secretary Neil Gray MP said: “It’s clear that the Tory government couldn’t care less about the devastating impact its austerity policies are having on millions of families – with soaring levels of poverty, food insecurity, and destitution.

“The UK Government must release analysis of the impact the two-child cap is having on poverty – it is a scandal that they are refusing to disclose this information to the Poverty Alliance.

“Tory ministers must also release analysis of the impact of the five-week wait for Universal Credit or explain whether and why they really have done no analysis of their hated flagship policy.”

Picture courtesy of the Department of Work and Pensions