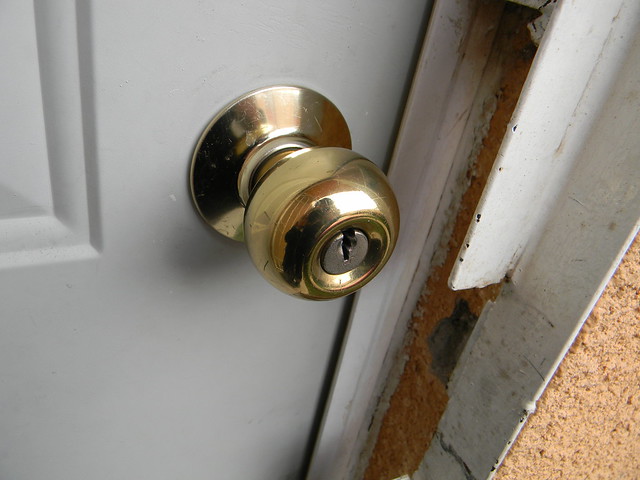 Solicitors from the Legal Services Agency have obtained interim interdict orders, which will temporarily prevent the eviction of several asylum seekers

THE UK GOVERNMENT has been called upon to intervene and prevent the “cruel” lock-change evictions pursued by Home Office-contracted housing provider Serco, following the announcement that several of the evictions have been temporarily halted.

At Glasgow Sheriff Court on 3 July, solicitors Rona Macleod and Alastair Houston of the Glasgow-based Legal Services Agency, along with advocate Adrian Stalker, represented five asylum seeking clients who had received notices from Serco and successfully obtained interim interdict orders which will temporarily prevent the evictions.

The clients had received a notice informing them that their right to occupy the Serco property would terminate at 11.59pm on 4 July 2019, and that Serco would take steps to evict them if they did not vacate.

Serco have previously claimed they will only evict those who, according to the UK Home Office, have exhausted the asylum process, and that in recent years they have not always insisted people leave their properties when their government support ends, allowing them to make alternative arrangements. According to Serco, this pro bono support has cost the housing provider around £1 million per year.

Nevertheless, campaigners argue those facing lock-change notices still have the right to appeal the court decisions on their right to remain in the UK.

Such a legal challenge was begun by the Legal Services Agency at the sheriff court, where they argued that eviction without a court order was unlawful. The court therefore agreed to grant the interim interdict orders, which will prevent Serco from enforcing eviction via lock-change until the next hearing of the case.

In April, another legal challenge, brought to the Court of Session by Govan Law Centre on behalf of two asylum seekers, went in Serco’s favour after Lord Tyre found that the evictions were not unlawful. However, Govan Law Centre are appealing the judgement.

Commenting on the decision, Rona Macleod of Brown & Co Legal LLP at the Legal Services Agency said: “We welcome the court’s decision to grant interim interdict for these five people.

“We maintain that lock change evictions are unlawful in Scotland, and we will not stand idly by and allow this process to continue. We will continue to take any and all steps necessary to assist people in these circumstances.”

Positive Action in Housing director Robina Qureshi also commented: “These court actions have stopped five asylum seekers from being evicted. Good, I would urge Rupert Soames [CEO of the Serco Group] and Serco once more to step back from inflicting a humanitarian disaster on Glasgow by forcing very vulnerable refugees onto our streets.

“We have looked at the cases referred to us: Out of 32 people who have received letters since April 2019 telling them to leave their accommodation, all except one are in the process of trying to resolve their legal situation. Around half are in Paul Sweeney MP’s constituency in the North of Glasgow. Their countries of origin are mainly Afghanistan, DR Congo, Eritrea, Ethiopia, Iran, Iraq, Nigeria, Somalia, Sudan and Syria, They are fleeing war and persecution, and their cases are complex.

“The people Rupert Soames is evicting are also vulnerable, many are frail, sick and elderly. They don’t know what is happening, they don’t necessarily know their rights. There is a significant number of people who are survivors of torture referred to us by Freedom from Torture and people with severe mental health problems. Those with mental health problems and a history of torture are less likely to be able to resolve their legal cases. This is not a story of failed asylum seekers staying in Serco’s run-down housing, it is a story of highly vulnerable people in desperate need of proper support.

Qureshi continued: “There is confusion about the letters people are getting, some letters sent by Serco are post dated to 20 July 2019, others refer to eviction dates without explicitly stating them. This eviction process is unlike a standard court regulated eviction where a notice to quit is a notice to quit, a sheriff officer’s notice is clearly recognized. Serco has chopped, changed, cut and pasted its ‘eviction’ letters. People and organisations are being left confused. The Home Office is also sending letters and asking people to come in for interviews between 10 and 12 July. This is a form of bureaucratic torture of very vulnerable people. It is a dangerous strategy to push vulnerable people into further despair.

“Fifteen organisations including Glasgow city Mission, British Red Cross and Freedom from Torture and lawyers met in our offices today to discuss the state of play for people at risk of eviction. We are due to meet again on August 14 2019.”

“The bottom line is that although these lock-change evictions have been halted because of a legal challenge, it’s a disgrace that they were threatened in the first place.” SNP MSP Sandra White

Speaking to CommonSpace, Serco Managing Director of Immigration Julia Rogers said: ”Serco notes the decision of the Sherriff’s Court to grant interim interdicts to five former asylum seekers who have had their asylum claims refused. Unusually, the Court has set the next hearing in early August; the Sheriff made it clear that these interdicts are temporary in nature, cannot continue indefinitely, and need to be determined swiftly.

“Serco will oppose the interim interdicts at the next hearing and in the meantime, we will be continuing our programme to return the properties we rent in Glasgow to their owners at the end of the leases.”

Also responding to the court’s decision, SNP MSP Sandra White argued that the “cruel” evictions were rooted in the policies of the UK Government, which she called on to intervene.

White commented: “While the news that the lock-change evictions will not go ahead immediately is welcome, the way the UK Government has allowed this situation to unfold is outrageous.

“The bottom line is that although these lock-change evictions have been halted because of a legal challenge, it’s a disgrace that they were threatened in the first place.

“Fundamentally this boils down to a Tory policy that is unlawful, inefficient and callous, and has caused distress to hundreds of refugees and asylum seekers across Glasgow.

“The UK Government must immediately intervene to stop these cruel evictions, and come up with a solution that supports people to move on from asylum accommodation without leaving them destitute and homeless.”