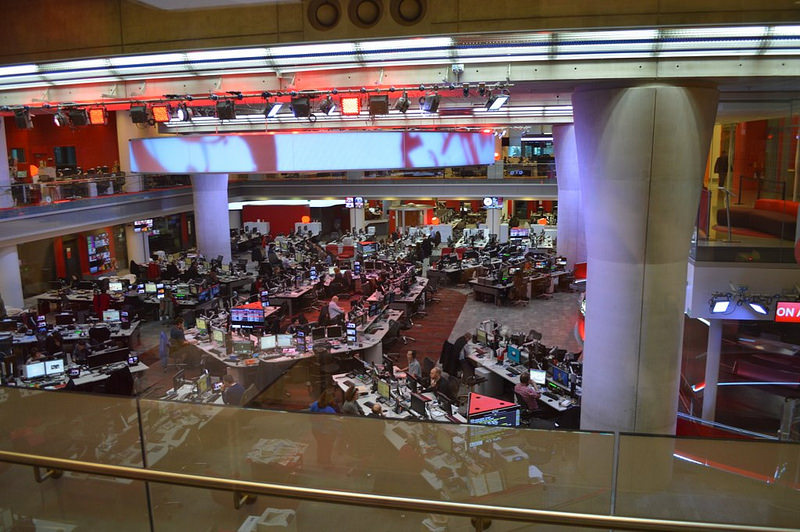 THE BBC has launched an “unprecedented” appeal to the UN to protect its Persian service staff, the corporation says journalists at the BBC Persian service have been subjected to a campaign of harassment including death threats.

The BBC said it is making the appeal, the first of its kind in history, to the United Nations to protect the human rights of BBC journalists and their families from persecution.

Staff have suffered an escalating campaign of abuse and persecution from Iranian authorities, according to the corporation.

Tony Hall, BBC director general, said they were taking the “unprecedented step” after diplomacy by the corporation had failed: “The BBC is taking the unprecedented step of appealing to the United Nations because our own attempts to persuade the Iranian authorities to end their harassment have been completely ignored.

“It is a story about fundamental human rights. We are now asking the community of nations at the UN to support the BBC and uphold the right to freedom of expression.” BBC director general Tony Hall

“During the past nine years, the collective punishment of BBC Persian Service journalists and their families has worsened. This is not just about the BBC – we are not the only media organisation to have been harassed or forced to compromise when dealing with Iran. In truth, this story is much wider: it is a story about fundamental human rights. We are now asking the community of nations at the UN to support the BBC and uphold the right to freedom of expression.”

Iran has often come under intense international criticism for its human rights violations. Women are still unequal to men within Iranian law and harsh punishments are common within the legal system, and in 2017, the Reporters Without Borders “press freedom index”, which ranks 190 countries based on media freedom, Iran was ranked 165 out of 190.

Working with the International Federation of Journalists (IFJ), the world’s largest organisation of journalists, the BBC has organised a series of events about the BBC Persian service and the dangerous situation its journalists face.

The National Union of Journalists said BBC Persian journalists in London and their families in Iran have been systematically targeted since the BBC’s Persian service was launched in 2009.

An asset-freezing injunction was issued affecting 152 people, comprising mainly of current and former BBC Persian staff, which prevented journalists and their families from buying or selling property in Iran.

“Iranians now increasingly turn to the international media to find out what is happening in their own country.” IFJ deputy general secretary Jeremy Dear

Jeremy Dear, deputy general secretary of the IFJ, said the international community must act now: “For many years Iranian journalists have suffered; been forced into hiding, fled into exile, been arrested, jailed and subjected to routine harassment, violence and intimidation.

“Iranians now increasingly turn to the international media to find out what is happening in their own country. Targeting family members in Iran in an attempt to silence journalists working in London must be stopped; the international community must act now.”

On 12 March, a report will be tabled at the UN security council from the UN special rapporteur for human rights in Iran, Asma Jahangir, which contains evidence from journalists describing how they and their families have been targetted by the Iranian authorities.

Some former and current staff report being arbitrarily arrested and detained, as well as the asset-freezing injunction which banned the financial transactions of over 150 staff.