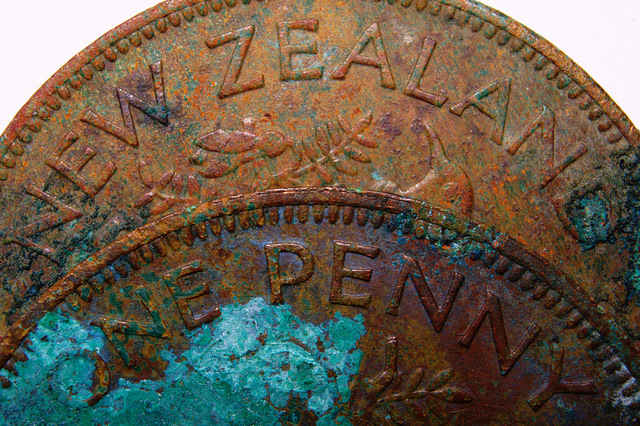 Steve Keen, Richard Murphy and George Kerevan round on the idea of an independent Scotland emulating New Zealand’s economic model

NEW ZEALAND is not a good economic model for an independent Scotland to follow, top economists have warned.

The warning comes after the Sunday Herald reported that the long-awaited SNP Growth Commission, chaired by corporate lobbyist Andrew Wilson with the aim of devising a new economic vision for independence, is set to propose that Scotland should look to New Zealand as an example to follow, rather than Nordic countries like Norway.

New Zealand has experienced growth of no less than 2 per cent since 2011 and in recent years has run a budget surplus, reducing government debt to just 23% of GDP.

However, Richard Murphy, professor of practice in international political economy at the University of London, said that New Zealanders are increasingly rejecting these fiscal constraints due to the knock on impact on society and personal finances.

“It is interesting to note that the people of New Zealand are now looking to reject the model that Scotland is looking to copy,” Murphy told CommonSpace, adding: “There is good reason why they did so, and an equally good reason for thinking that their reasons explain why this policy would not be good for Scotland.

“The people of New Zealand are now looking to reject the model that Scotland is looking to copy.” Professor Richard Murphy

“New Zealand looked to a market-based model of growth. The result was low government debt and investment, but high personal debt as a consequence. The result is a country denied the infrastructure it needs, poorer government services than are required to meet the needs of all and a potentially fragile banking system if there were to be any financial crisis.”

ANALYSIS: New Zealand – the “billionaire bolthole” primed for a crash

The IMF and the Reserve Bank of Australia have warned of the danger of a crisis due to the country’s private debt running at 180 per cent of GDP (nearly eight times higher than public debt), with particular vulnerability in a property market which has been described by The Economist as the most over-valued out of all developed economies. Global investment bank Goldman Sachs has predicted has a 40 per cent chance of a housing crash in the next two years.

Discontent among citizens with the huge rise in the cost of housing – and a homelessness crisis which far surpasses any other advanced economy – has led to the new Labour-led coalition to introduce changes to clamp down on the huge luxury homes market in October 2017. However, the financial news agency Bloomberg has reported this is already destabilising an economy hooked to house price inflation.

Professor Steve Keen, one of the few economists to predict the global financial crisis and author of a recent book on countries susceptible to financial crisis (including New Zealand), told CommonSpace it would be “disastrous” if an independent Scotland followed the New Zealand model as Scotland’s economy “can’t handle a housing bubble” like New Zealand’s, warning the Commission “not to follow that route”.

“It would be disastrous for an independent Scotland to follow New Zealand as it would face a double whammy of a trade deficit with the rest of the world and a credit bubble that when it bursts would need to be financed with public money, which would put a massive strain on an independent currency.

“Scotland does not need to copy anyone in its march to independence: Scotland needs the vision to do what is right for Scotland.” Professor Richard Murphy

“The oil price fall makes it even more important that Scotland does not follow that route. Scotland needs to focus on building up its manufacturing industry.”

The Growth Commission was announced in September 2016 by SNP leader Nicola Sturgeon but has since delayed publication on a number of occasions. The commission has drawn on advice from David Skilling, a former adviser to the New Zealand Government, but Murphy, who has published a white paper on an independent Scotland’s tax system, was adamant that the New Zealand model was a bad move.

“That is not what Scotland needs,” Murphy added. “Scotland needs independence precisely so that its government can intervene in its economy in the way the governments of the UK and New Zealand have refused to do for too long, at a cost to ordinary people and only for the benefit of those who think they can live without any need for government services.

“Scotland does not need to copy anyone in its march to independence: Scotland needs the vision to do what is right for Scotland.”

Writing in The National, the journalist, economist and former SNP MP George Kerevan argued that the Growth Commission would be making a mistake in following an “economic monster Frankenstein”.

“The neoliberal New Zealand of today is an economic monster Frankenstein’s compared to the social democratic country pioneered between 1890 and the mid-20th century,” Kerevan argued.

He added: “The early New Zealand model was egalitarian and communitarian – the opposite of the neoliberal model of individualistic, free market, dog-eat-dog capitalism.”

The OECD has found New Zealand has by far the worst homelessness crisis of all advanced economies, with 40,000 people homeless, nearly 1 per cent of the population. That figure is significantly higher than second place, the Czech Republic, and more than double that of Australia in third place.