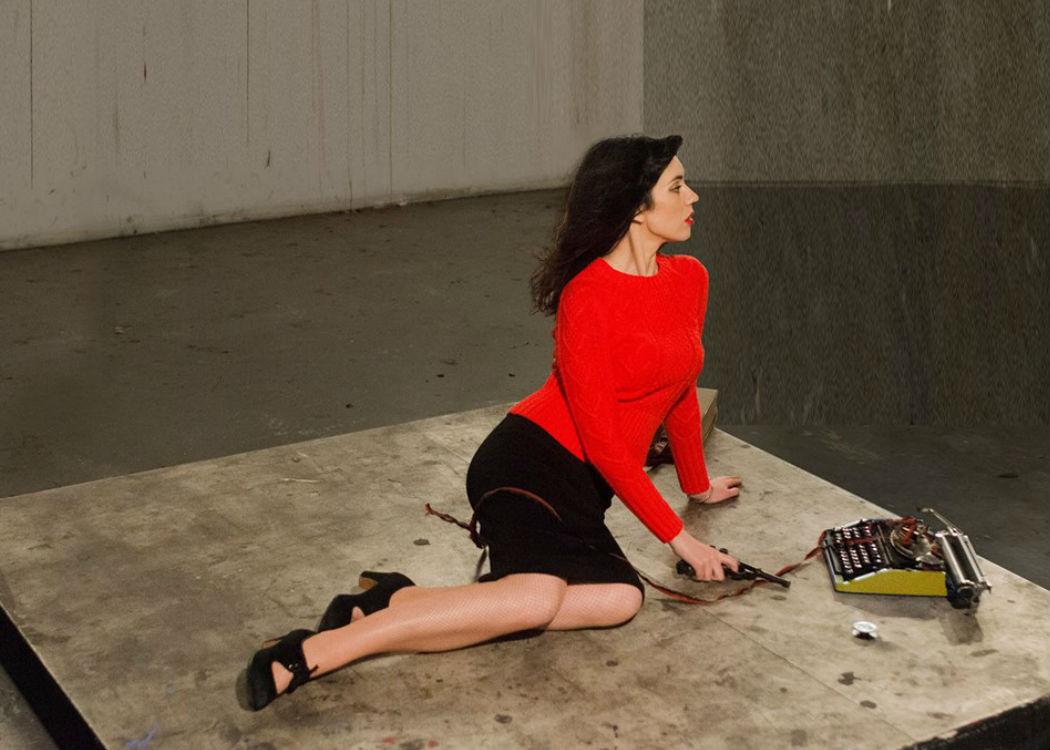 ON the banks of Glasgow’s River Clyde lies a statue of Spanish Republican icon Dolores Ibarruri.

A commemoration to the 534 volunteers from the UK who were killed fighting fascism in the Spanish Civil War – 65 of whom hailed from Glasgow – the monument’s plinth reads: “It is better die on your feet than live forever on your knees.”

The men and women who flocked to Spain to join the international brigades to defend the Spanish Republic against the tyranny of Franco are immortalised not only in stone, but in the minds of radicals the world over.

However, while there has been a body of art, film and theatre produced about the volunteers on the boats which left British shores for Spain, less documented are the stories of 3,826 children on a boat going in the opposite direction.

The boat was called the ‘Habana’ and the passage of its occupants ‘los ninos vascos’ (‘the Basque kids’) remains the largest single influx of refugees to Britain.

Glasgow-based artist Kerieva McCormick tells CommonSpace that she came across the story of the children by ‘total fluke’ when reading a snippet of an article about the Spanish Civil War.

McCormick is a multi-instrumentalist, and former vocalist with London electronica band Asian Dub Foundation. She has also trained as a dancer, and recently co-founded Kam-Ri Dance Theatre.

The ninos, she discovered, were evacuees sent to safety from the Nazi bombers who aided Franco as the civil war ravaged the towns of northern Spain. Many of them never left the UK and in 2002, the association of the Basque children of ’37 was formed to preserve their stories.

The show is narrated by comedian and author Alexei Sayle and told through the music of a live band, as well as the contemporary flamenco dancing of McCormick and Raul Prieto.

McCormick’s new show, The Typist, set to open at The Arches on Thursday 12 February, tells the story of one of the children, Esperanza, as she journeys from post-war Britain back into her past and Franco’s Spain.

The show is narrated by comedian and author Alexei Sayle and told through the music of a live band, as well as the contemporary flamenco dancing of McCormick and Raul Prieto.

“The show is very accessible because there’s no spoken dialogue,” says McCormick. “We had the dilemma of do we do it in Spanish or English or attempt to do it in both? So instead we decided to let the dance do the talking. The two main protagonists are myself and Raul Proteco who is a wonderful flamenco dancer. We use various mediums – dance, film, and music to tell the story.”

“The Spanish government doesn’t want to look to the past or investigate past crimes so I think it remains an unresolved issue.”

McCormick says that it remains vital to tell the stories from the Spanish Civil War “as long as things are suppressed under the ground in Spain”.

“The Spanish government doesn’t want to look to the past or investigate past crimes so I think it remains an unresolved issue. Spain is still two countries – left and right and people are usually pretty polarised.”

Artists often guard against taking on political issues but McCormick explains that through telling Esperanza’s story, she hopes to present the audience with a different perspective.

“I feel a responsibility as an artist to present work that makes people think in another way,” she says. “I think a good way to do that is examining these quite emotional human stories attached to some of the things that have happened in history and that haven’t been told through theatre before.”

The thing about history though is that it has a habit of repeating itself. When the ninos arrived in Britain in the 1930s, they faced a backlash from none other than the Daily Mail – unsurprisingly perhaps considering the paper openly supported fascism at the time.

McCormick says that this scapegoating of ‘the other’ by the media means that artists cannot be passive actors.

“You see the attitude of particular aspects of the media’s views towards difference – it is a lack of compassion and understanding. I think we do have a responsibility as artists to represent those things as they’re so often underrepresented by the media.”

So while the story focuses on the immigrant children of the Spanish Civil War, it has universal resonance, explains McCormick.

The Typist is at The Arches, Glasgow, 12-14 February, then on tour throughout Scotland, for details see www.kam-ri.com