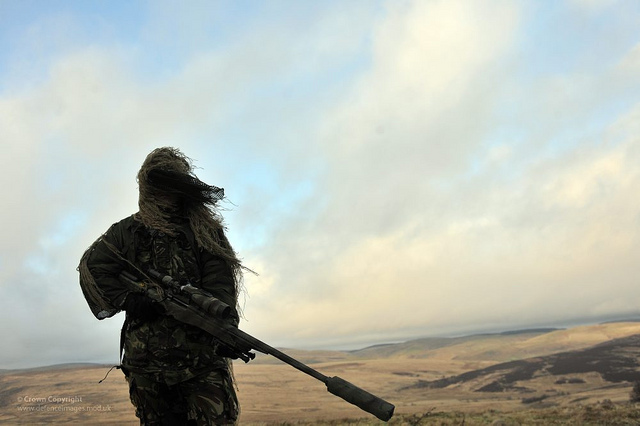 Poppyscotland’s Public Affairs and Campaigns Manager Usman Ali makes the case for why the Scottish Parliament should agree to include an Armed Forces question in the next Census in 2021.

SCOTLAND is proud of its Armed Forces community – and rightly so. They serve and sacrifice so much for us, so when they need our help and support, there should be no doubt. We should help and support them unconditionally. And Poppyscotland certainly does.

By leading the annual Scottish Poppy Appeal and a diverse range of year-round fundraising activities, which raises millions thanks to the generosity of the public, Poppyscotland delivers a wide range of welfare services for veterans and their families.

This includes helping them to make the difficult transition into suitable and sustainable civilian employment; improving their physical and mental wellbeing; offering tailored support and funding; and providing specialist advice as well as connecting them with a range of organisations and services to support any additional needs they may have.

Together with our parent charity, The Royal British Legion, Poppyscotland has undertaken ground-breaking and far-reaching research, which has helped us shape our welfare provision. It has ensured we take an evidence-led approach and helped to achieve life-changing outcomes for our beneficiaries.

We estimate that there are up to 530,000 in the Armed Forces community living in Scotland, comprised of those who have served, those still serving and their families. However, despite having commissioned the largest-ever survey of the Armed Forces community in 2014 there remains no definitive and comprehensive data to corroborate our population estimate, or accurately map the profile, needs and location of members of that community.

Time and time again, we hear calls to improve the recording and reporting of data so that the front line possesses better information which allows for services to be improved and enhanced. The Scottish Veterans Commissioner’s latest report on Veteran’s Health and Wellbeing reinforced this.

Poppyscotland is encouraged by the positive response we have received from both the UK and Scottish Governments for our Count Them In campaign. We have received on-the-record support from the majority of Scottish MPs and we were delighted to see 68 MSPs gather on the steps of the Garden Lobby at Holyrood to show their support for the campaign on the final day before the summer recess. We are also delighted to have the backing of seven Scottish local authorities to date.

READ MORE – Geoffrey Martin: I quit the army over Iraq – I realised it was bullshit

Poppyscotland hopes this will translate into affirmative action and the Scottish Parliament will agree for the inclusion of an Armed Forces question in the 2021 Census when they vote on it in the autumn. Scotland and its Armed Forces community are waiting with great interest and in the hope that our Parliament will do what is right – and Count Them In.

Scotland and its Armed Forces community are waiting with great interest and in the hope that our Parliament will do what is right – and Count Them In. For more information on the campaign, please visit.