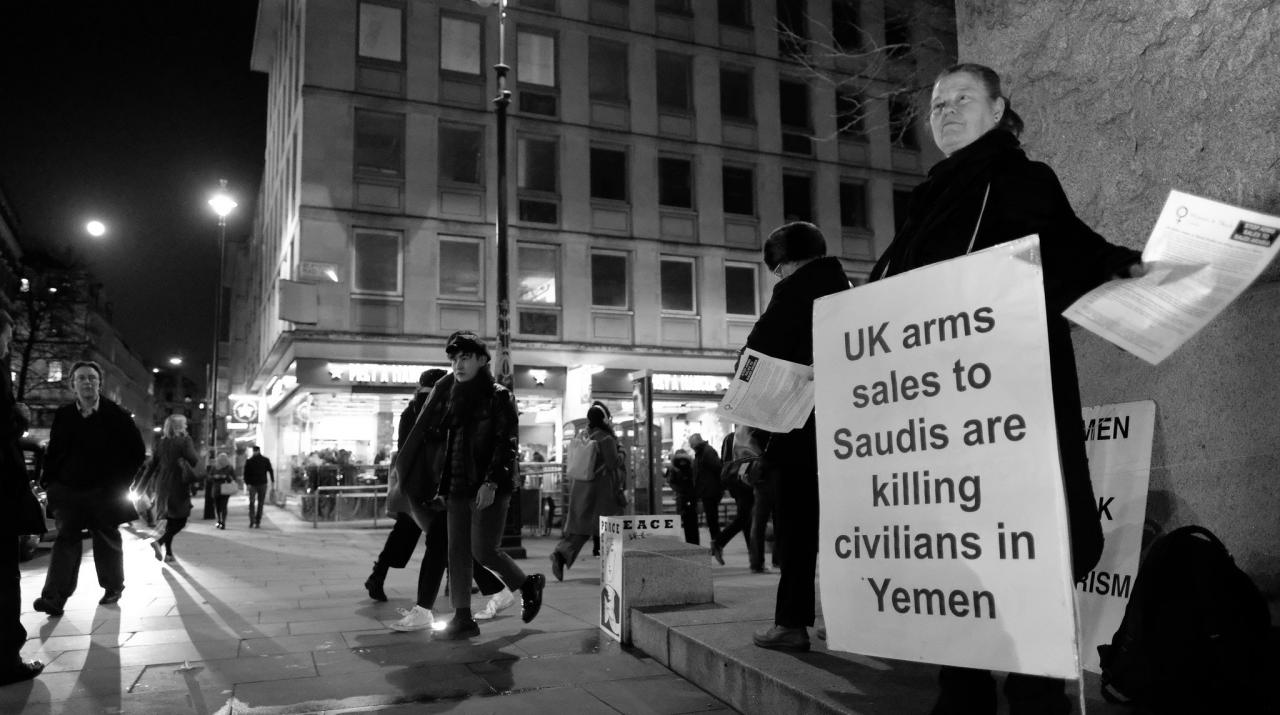 “To continue supplying a murderous regime with weapons, particularly when there is clear evidence of war crimes, is criminal,” argues Green MSP Ross Greer

The value of arms licences granted by the UK Government for weapons sales to the Saudi regime have increased 50 per cent since the start of its war in Yemen, analysis of government statistics has revealed.

The government granted licenses for the sale of more than £5.3 billion worth of arms to the Saudi Arabian regime in the first four years of its ongoing bombardment of Yemen, an increase of almost 50 per cent on the value of licenses in the four years preceding the war from March 2011 to March 2015.

Saudi Arabia spent some $70billion on arms in 2018, becoming the world’s biggest weapons importer, with the US the biggest supplier and the UK coming second.

A United Nations report said the US, the UK and France may be complicit in war crimes in Yemen committed by the Saudi Regime led coalition, which was described as the “worst humanitarian crisis in the world” in February 2019.

UN figures revealed earlier this year that just under 20 million people in Yemen lacked access the healthcare or safe food and drinking water, with the death toll standing at over 100,000 since the beginning of the war in 2015.

In June 2019, the Court of Appeal declared that the Conservative government acted unlawfully when it licensed the sale of UK-made arms to Saudi forced without assessing whether past incidents amounted to breaches of international law.

The government was ordered not to approve any new licences, with Liz Truss, the secretary of state for international trade, admitting at least three breaches of the court order since it was made.

The SNP called for Truss’ resignation after she admitted the breaches in the Commons, despite the government agreeing to halt sales following the landmark Court of Appeal judgement.

Speaking on behalf of the Campaign Against the Arms Trade, Andrew Smith said: “The bombing has created a terrible humanitarian crisis in Yemen, but the arms companies have treated it as a business opportunity. This war would not be possible without the complicity and support of arms dealing governments like the UK and US, who have pulled out all stops to maximise arms sales irrespective of the human cost.

“Regardless of who wins the election next month, there must be a fundamental re-evaluation of the UK’s relationship with the brutal Saudi regime. It is long past time for Westminster to end the arms sales and stop its uncritical support for the dictatorship.”

Scottish Greens External Affairs Spokesperson Ross Greer MSP said: “Courts have already declared Tory arms exports unlawful. Boris Johnson and his government have blood on their hands, there can simply be no excuse for sanctioning arms sales on this scale. To continue supplying a murderous regime with weapons, particularly when there is clear evidence of war crimes, is criminal.”