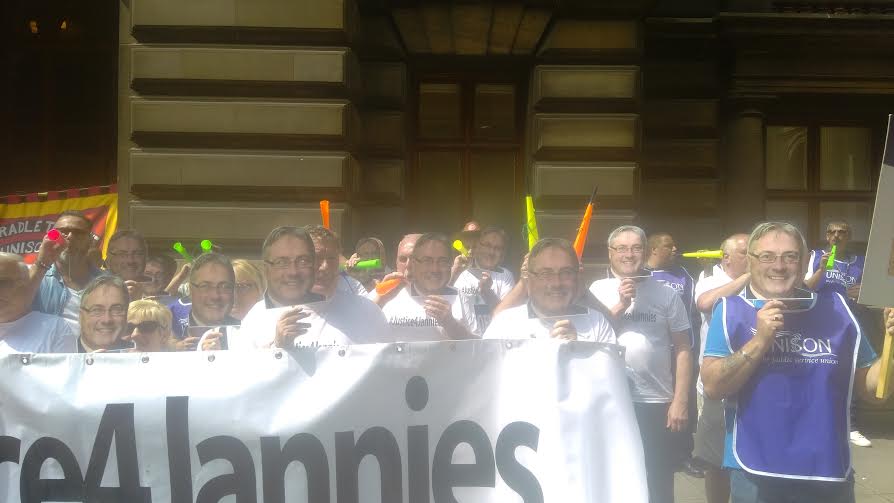 Campaign against pay “discrimination” continues into 19 days of strike action

THE CAMPAIGN against the workplace exploitation of young people has joined up with striking Glasgow school janitors in a display of solidarity.

Young members of the Better than Zero campaign carried mops – a symbol of the janitors campaign – as they joined a regular protest held by janitors outside Glasgow City Chambers to demand special payments for difficult and dangerous work.

Duncan Fleming a 20 year old member of Better than Zero who works on a zero hours contract, told CommonSpace that young people had to fight alongside trade unionists to achieve common ends.

He said: “It’s important to support people out on strike. Janitors are an important part of the community and schools.

“So we are very happy to stand with them and help them in their fight.

“The more of us there are the harder we are to ignore. Unless we stick together it’s easier for the council or the bosses to arrive at a compromise they want. So it’s important we stand together to win.”

The janitors demonstrated to mark the 18th day of the strike, demanding payments for tasks such as picking up drug paraphernalia, broken glass and toxic substances – payments to which other council workers are entitled. The janitors, who are employed by Cordia – an arm’s length company connected to Glasgow City Council – have claimed they are the victims of “clear discrimination”.

Sam McCartney, UNISON Branch Officer, said: “Our jannies deserve justice. Glasgow City Council is treating them with contempt and also tolerating unacceptable health and safety risks in our schools. We want to reach a solution. The council’s current approach is both bizarre and untenable.”

The Better than Zero campaign has deployed creative street protests for almost a year in order to promote trade union practices in the precarious service industry. 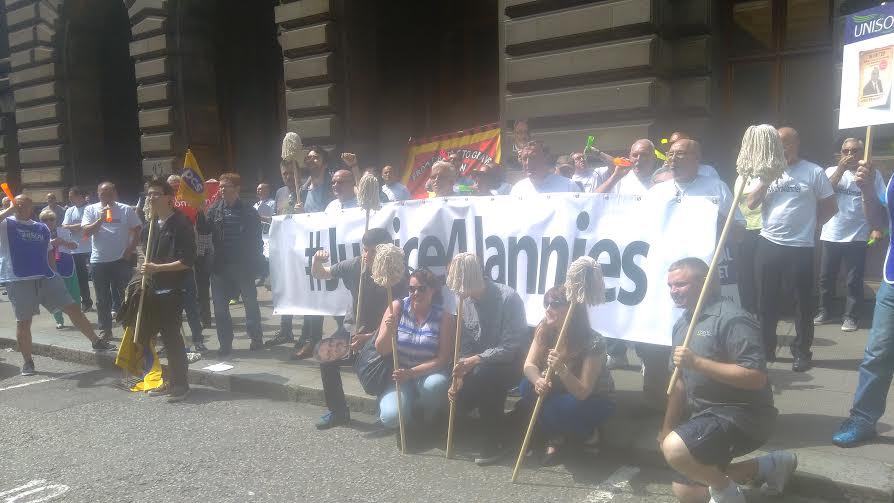