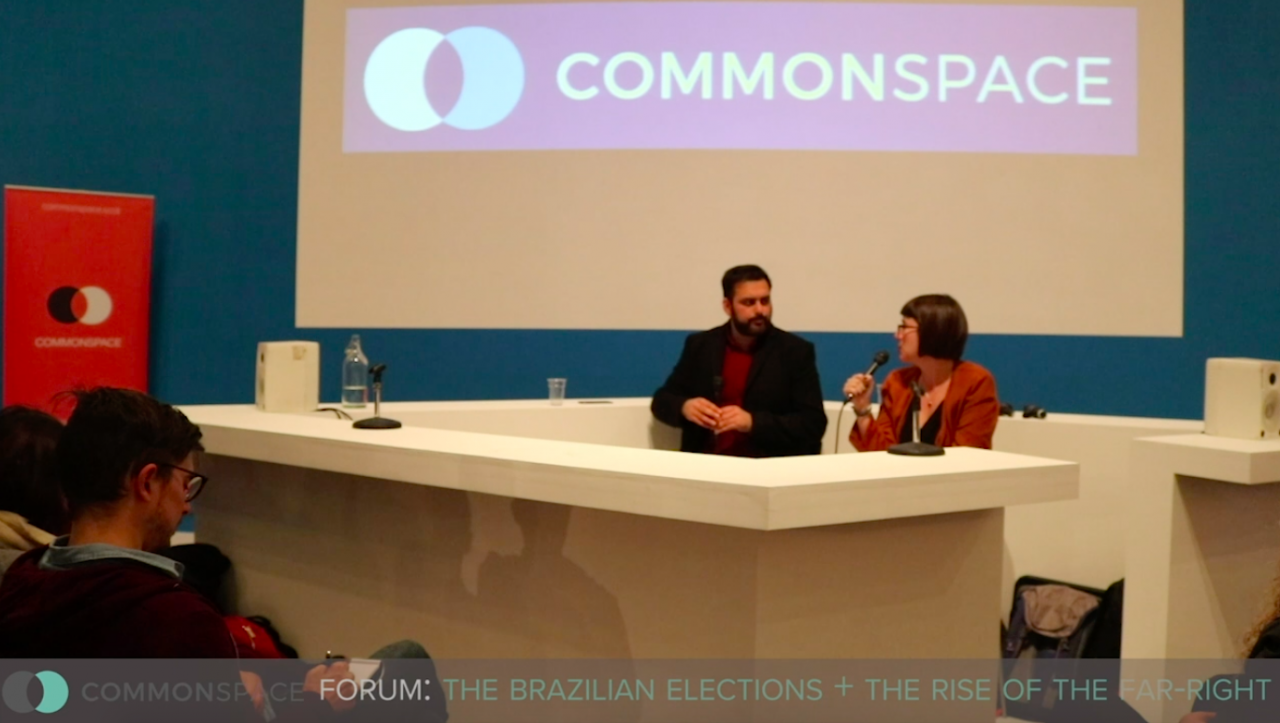 Last week, far-right presidential candidate Jair Bolsonaro was elected in Brazil. He has said leftists will have to “go overseas, or go to jail”, is an open admirer of when Brazil was a military dictatorship and takes pride in his misogyny and homophobia. His rise is part of a far-right wave, including in Donald Trump’s election in the US and Matteo Salvini in Italy.

Our CommonSpace Forum on Friday 2nd November, featured a conversation with Jonathon Shafi, political activist and campaigns officer with Common Weal. He had just returned from a week spent in Brazil, meeting with activists, campaigners and academics to speak to them about the situation in Brazil and the future they face.

Part One – Q & A with Jonathan Shafi, mostly focussing on elections in Brazil

For more discussion on this topic, see our Beyond the Noise podcast for a conversation between Jonathon Shafi and CommonSpace journalist, David Jamieson.