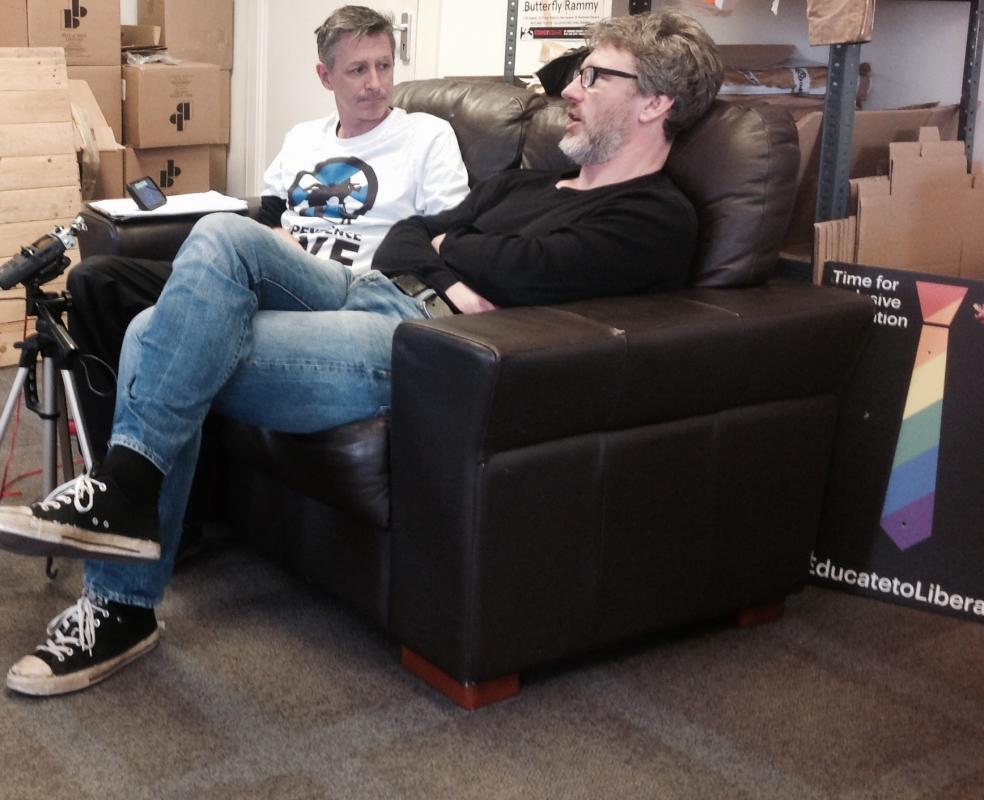 Behind the scenes series with Independence Live continues

IN this week's instalment of our series offering readers an insight into the CommonSpace newsroom we chat to journalists Nathaneal Williams and David Jamieson, editor Angela Haggerty and Kevin Gibney chats to Common Weal director Robin McAlpine.

We’ve got a special guest in this week’s broadcast from the CommonSpace office –  Common Weal director Robin McAlpine dropped in for a ten minute chat with Independence Live’s Kevin Gibney (which in the end only lasted nearly an hour). Reporter Nathaneal Williams chats to Angela about his coverage of recent stories on renewable energy and education policy.

Also in this week’s episode, reporter David Jamieson talks about the ongoing story surrounding Childline and the goverment’s ‘Prevent’ anti-terrorism strategy, and editor Angela Haggerty talks about press regulation and freedom of speech.

Through this feature, we hope to give you an insight into how we make decisions at CommonSpace and how reporters approach their work. We also hope it will encourage our readers to get in touch with us with any feedback, suggestions, ideas or even contacts that they might have for stories we're working on. 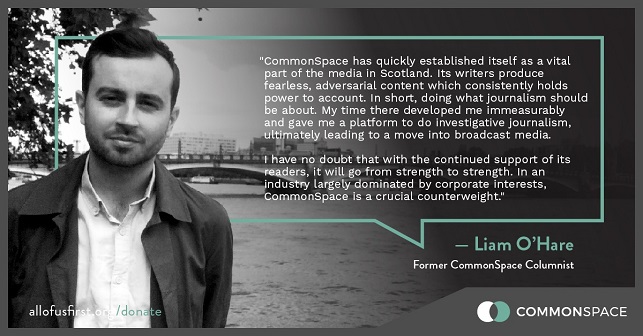