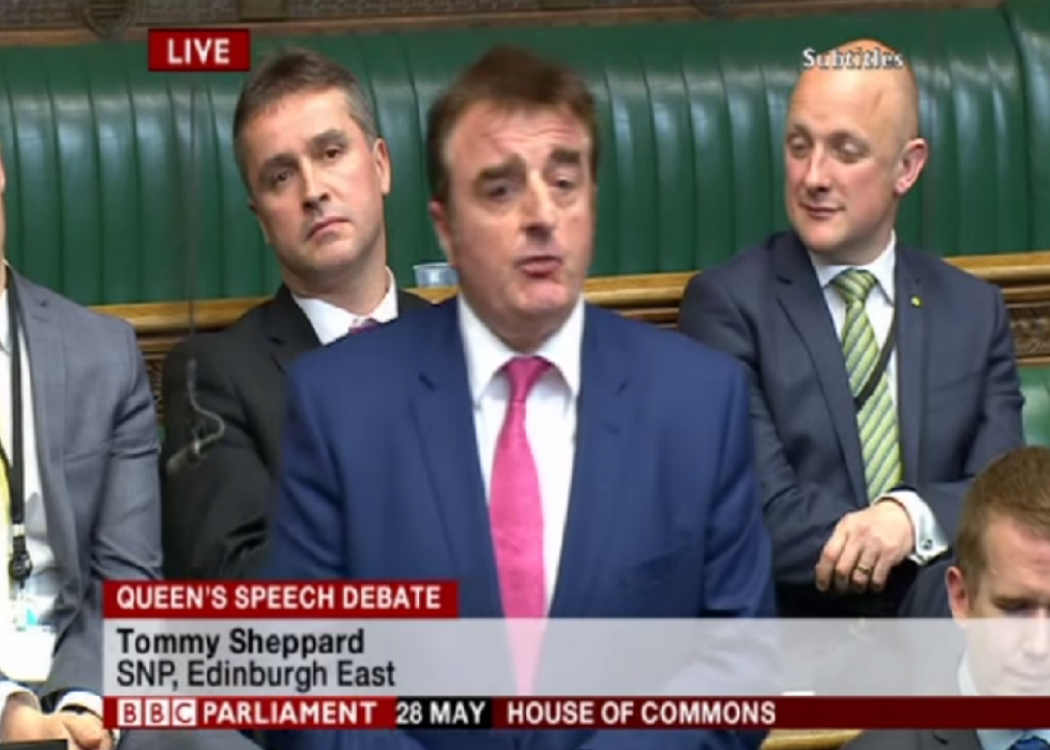 Speeches must be made before members can contribute in parliamentary debates

AS THE block of 50 new SNP MPs settle into their new surroundings, they have one-by-one begun to make their maiden House of Commons speeches.

These are a traditional right of passage for new members who have yet to speak in the Commons and should be made before a member makes any contribution in the house.

Brendan O’Hara, Joanna Cherry, Tommy Sheppard, Stephen Gethins and Ian Blackford have so far made their contributions. Alex Salmond, who has formerly been an MP on two occasions, lamented the fact that he was unable to make a maiden speech.

Traditionally, MPs use the speech to pay tribute to their predecessor in the seat, as well as include positive comments about their constituency.

The SNP MPs’ maiden speeches have also focused on issues of poverty, the repeal of the Human Rights Act and Trident nuclear weapons.

The SNP MPs have been turning up en-masse in a display of support for their colleagues’ maiden speeches.

After Tommy Sheppard made his Commons entrance,the Speaker of the House of Commons praised the SNP team for the “solidarity” shown.

“I know I’ll be joined by a great many colleagues in admiring the spirit of solidarity which motivates large numbers of members of one party to turn up at the same time. I say that in a spirit of genuine respect and so thank you for what you have said,” said Bercow.