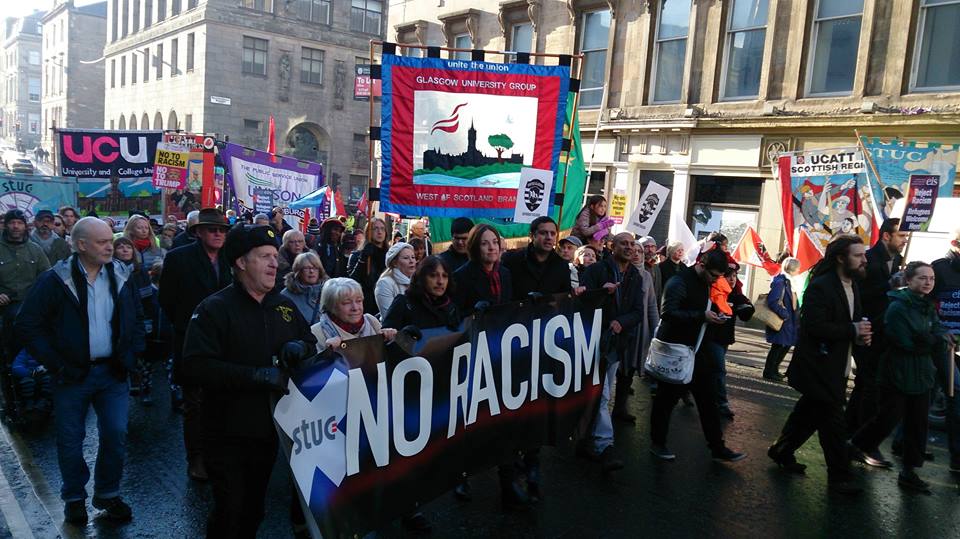 THOUSANDS of Scots marched against racism to mark St Andrew’s day on Saturday (26 November), after a year which has seen the resurgence of racialist politics and rhetoric.

The march through Glasgow, established by the STUC to prevent Scotland’s national day being hijacked by the fascist right, as has been done across Europe in recent years, saw trade unions, political parties and unaligned members of the public come together to express their rejection of racism and the far right.

The march took on special importance after a year that has seen the rise of xenophobic and ultra nationalist rhetoric from political actors including US president elect Donald Trump, UK Prime Minister Theresa May and former UKIP leader and Brexit campaigner Nigel Farage.

Hate crimes spiked after the UK’s vote to leave the EU in June, as they did following Trumps election win in November. Labour MP Jo Cox was murdered by a neo-nazi terrorist days before the vote for Brexit.

Background: A return to the 1930s? Trumpism and the new right