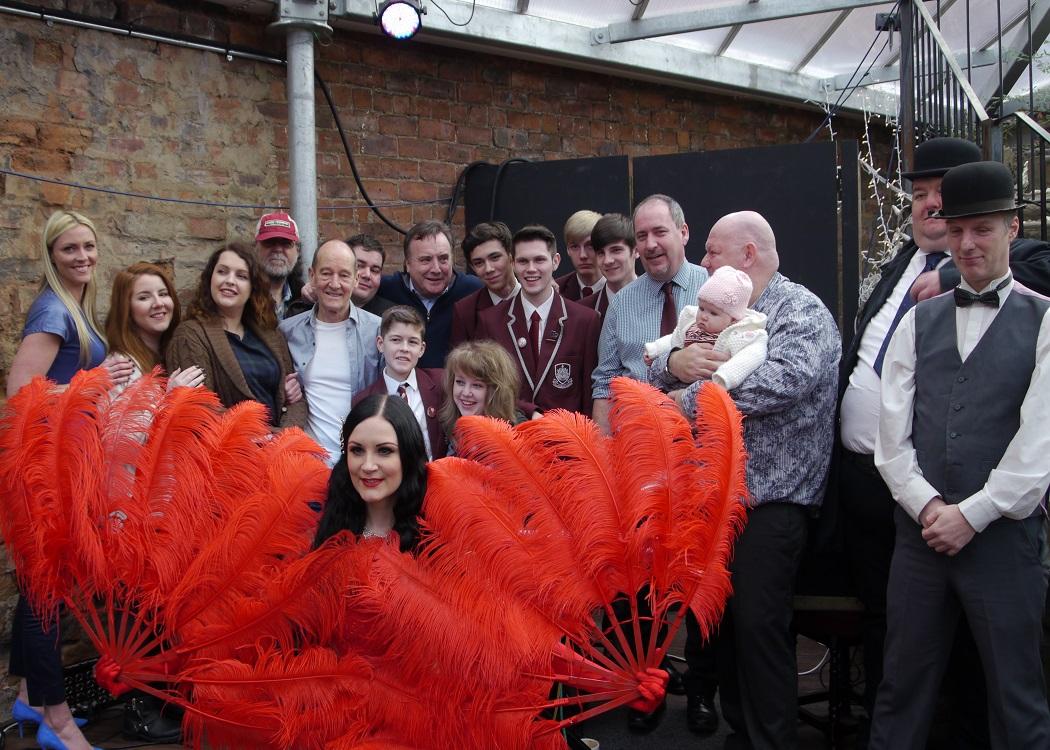 GLASGOW’S CLUTHA BAR played host to the launch event of a new variety show based on the city’s bygone Empire shows of the 50s and 60s on Wednesday morning.

Organisers have put together The Famous Glasgow Empire Strikes Back to raise money for Spirit Aid , a humanitarian relief charity and The Clutha Trust , set-up to help disadvantaged young and disabled people, with all proceeds being donated when curtains come-up for one night only at the Citizens Theatre.

Alan Crossan, owner of The Clutha Bar, said: “The money we raise will be used to help local disadvantaged young people, through music and the arts and basically, we’re going to entertain people. Twenty quid for a ticket, they get a great night out and we get to help people.”

Audience members, who are being encouraged to heckle mercilessly as was the way of the old shows, can look forward to comedy from the likes of Karen Dunbar and her comedy troupe Witsherface as well as magic, music and burlesque and a famous face from the show’s history.

Actor David Hayman, head of operations at Spirit Aid said: “English comedians dreaded coming up to Glasgow Empire, they died a death because the humour wasn’t right for the tough Glaswegian audiences.

“Des O’Connor at one point was going down so badly, that he pretended to faint. So we’ve invited Des back to come and see if he wants to resurrect his career. And he’s always got that fallback, he can always collapse and we can carry him off on a stretcher.”

The launch event was put together in an effort to raise the profile of the upcoming show as well as the two charities that will benefit from ticket sales and the organisers have been touched by the response so far.

Comedian Patrick Rolink, director of Spirit Aid, said: “It’s been quite stressful putting it all together because of the number of acts involved, but it’s been so much fun and we’ve met so many good people and what never surprises me in Scotland is how many people will put themselves forward to help good causes.

“Today is a great example of that. All these people coming along today to give up their time to help us promote the show and helping us to raise money to do the things we do to help others.”

While there is only one show this month, the organisers hope to bring it back annually, and Hayman hopes it will create a new love of the performing arts within Glasgow.

He said: “We want to build on it year on year because we’re moving away from the years of music hall and variety, but if you go back to the early 1900s, Glasgow had something like 43 theatres. We had more by head of population than any other city in the world. You could come off the night shift at six in the morning, go into the theatre, get a half and half and watch a variety show.

“That went on twenty-four-seven, that’s phenomenal. Glasgow has always had a great, passionate love of theatre and we hope to rekindle some of that.”

The Famous Glasgow Empire Strikes Back will be on at Glasgow’s Citizen’s Theatre on Sunday 20 March .